Prescott and Elliott Have Struggled Recently, but Don’t Panic 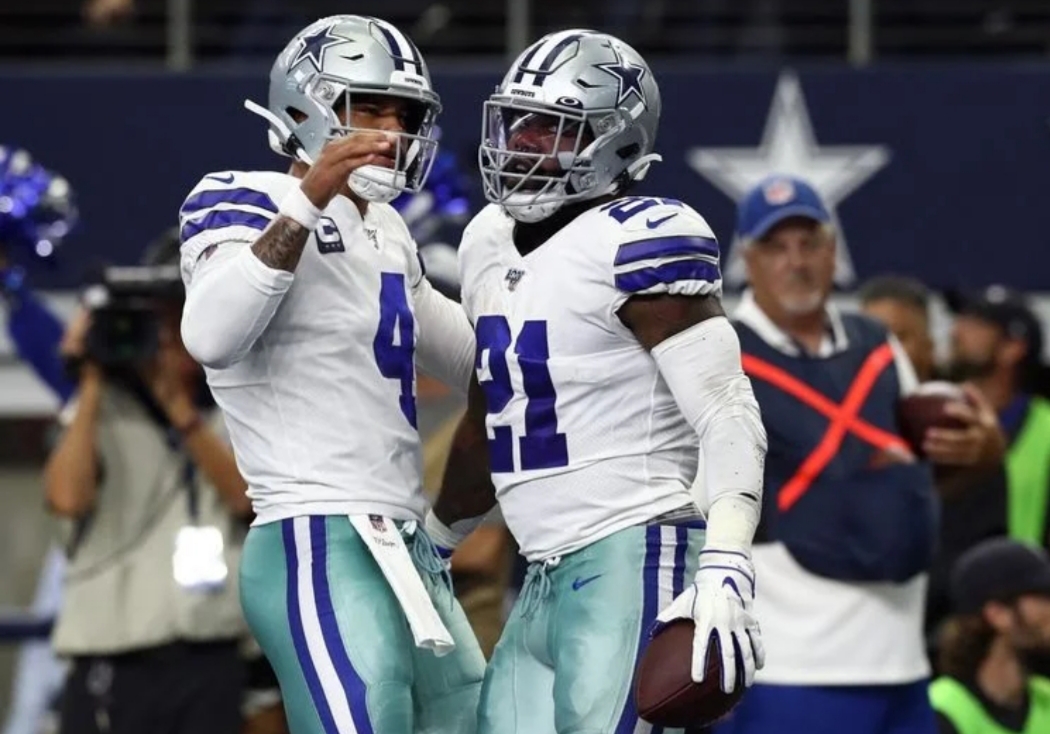 The Dallas Cowboys started the 2019 season on fire winning each of its first three games. However, in every NFL season, there’s a gut check moment that tests your character when things might not be going so well. That’s where the Cowboys find themselves going into their Week 6 matchup with the New York Jets.

In particular, Dak Prescott and Ezekiel Elliott are looking to get back to the level of play they both displayed in the first three weeks of the season. Prescott threw for 920 yards and nine touchdowns while Elliott had the best three-game start of his career. These recent struggles shouldn’t overly concern anyone, though, as there’s still plenty of football left to play.

The Cowboys signal-caller went into New Orleans nearly three weeks ago riding arguably the biggest wave of momentum in the NFL. Not only had Prescott led the Cowboys to a 3-0 start he was one of the front runners in the early MVP conversation. The Saints, however, would take away the threat of Elliott by dominating the Cowboys offensive line and making life more difficult for Prescott. Even though he finished 22 of 33 for 223 yards the offense only managed 10 points and didn’t produce a single touchdown through the air, and the Cowboys loss 12-10.

Last Sunday against the Green Bay Packers was a nightmare for Prescott that seemingly got worse with every passing minute. The Cowboys drove within field goal range on three consecutive drives to start to the game but one was stalled due to a sack and the other two ended in interceptions. The Cowboys were down 17-0 within the blink of an eye. Once the lead ballooned to 24-0 Prescott led the Cowboys to points on three consecutive drives and the lead was cut to 31-17. Driving to make it a one-score game Prescott threw his third interception which led to a field goal, slamming the door on any comeback attempt.

Prescott set a new career-high with 463 passing yards but not protecting the football put the Cowboys in a hole they could never get out of. Don’t hit the panic button just yet, though, as he’s still averaging over 300 yards a game while completing just under 70% of his passes. Eventually, the magic carpet ride was going to end and adversity would rear its ugly head. I’d look for some quick and easy throws to start the game Sunday, maybe even some screens to Elliott to build some confidence. Spread the ball to Amari Cooper, Michael Gallup, and Randall Cobb early to establish a rhythm. This will get him back to form rather quickly.

Ezekiel Elliott started the 2019 season with the best start of his career. After only a few practices before the season due to his contract holdout, Elliott had his usual pedestrian start with 53 yards against the New York Giants. The next week against the Washington Redskins would see the All-Pro get back to the player we’ve come to expect to see every Sunday with 111 yards on 23 carries. Elliott has seen his carries go down each of the last three games, but if you look closely you’ll see there’s a reason for that.

When the Miami Dolphins came to Arlington three weeks ago the Cowboys took full advantage of their terrible run defense. Elliott ran for 86 yards on 13 carries in the first half as the Cowboys held a narrow 10-6 lead. Back to back touchdowns in the third quarter pushed the Cowboys lead to 24-6 and the game out of reach. Because of this, Elliott’s last carry of the game came with just under nine minutes to play. Rookie Tony Pollard ran for 74 yards in the final quarter as Elliott got to rest up for the showdown with the Saints the next week. He finished with 125 yards on 19 carries which was his second consecutive game over 100 yards.

Against the Saints, the Cowboys running game was virtually nonexistent. Elliott constantly saw white jersey’s and gold helmets in his face immediately once he hit the line of scrimmage. He would be held in check with only 35 yards on 18 carries. Facing second/third and longs all game forced the Cowboys to abandon the run at times in order to keep the chains moving. The Cowboys simply ran to keep the defense as honest as possible and not let the Saints pass rush to pin its ears back and attack Prescott.

Last Sunday, Elliott found himself in a nice groove with 60 yards on 10 carries in the first half. The only problem was Prescott threw two interceptions and the Cowboys found themselves down 17-0 at halftime, which went to 24-0 early in the third quarter. This forced the Cowboys to throw on just about every play in order to have a chance to make a comeback. Elliott would only have two carries in the second half as he finished with 62 yards on 12 carries. So as we can see Elliott didn’t carry the ball much against the Packers due to the Cowboys having to adjust to the flow of the game and not from a lack of commitment to the run.

Both Prescott and Elliott are still on pace for big seasons despite the struggles over the last couple of weeks. This is just the reality of the NFL, it’s not always sunshine and rainbows. Now, the two leaders of this offense need to regroup and come out guns blazing this Sunday and lead the Cowboys to victory with a first-place showdown for NFC East supremacy coming next week against the Philadelphia Eagles.