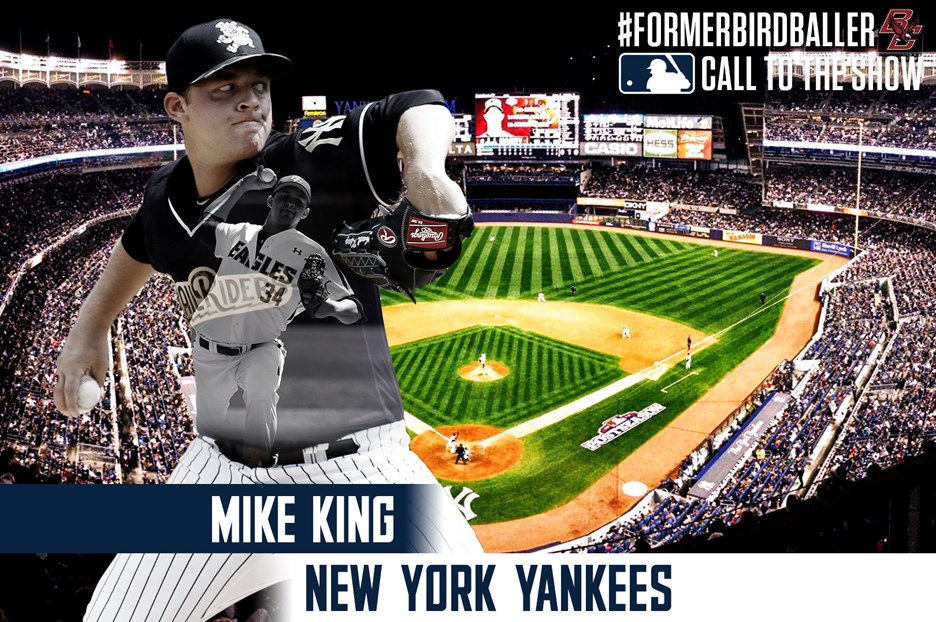 King becomes the third former Eagle in the majors this season; following former teammates Chris Shaw and Justin Dunn. King is the 43rd BC player to reach the big leagues and the third from Mike Gambino’s tenure as head coach.

A 2016 12th round pick of the Miami Marlins, King is the No. 19 prospect in the Yankees organization according to MLB.com. King made his way to New York in a prospect swap with the Marlins between 2017 and 2018. He pitched at three levels in 2018 and was named the Yankees’ Pitching Prospect of the Year by MLB.com

King was spectacular in 2018 with a 1.79 earned run average and 11-5 record across three levels. He finished the year at Triple-A Scranton/Wilkes-Barre with a perfect 4-0 record and 1.15 ERA in six starts. King’s 2019 season started with an injury in spring training before he began his rehab assignment on July 3. He pitched at the lower levels of the Yankees’ farm system for most of July before working his way through Double-A Trenton back to Scranton.

Following his third consecutive win to finish the Triple-A season, King was sent to Double-A to make a playoff start for Trenton, where he tossed four-scoreless innings to stay fresh for a potential call-up. At the conclusion of the Eastern League postseason, he returned to Tampa, the Yankees’ spring training home, to continue to throw off the mound should the big-league club have an opening on its roster.

One thought on “BC Baseball: Michael King Earns MLB Call-Up to NY Yankees”