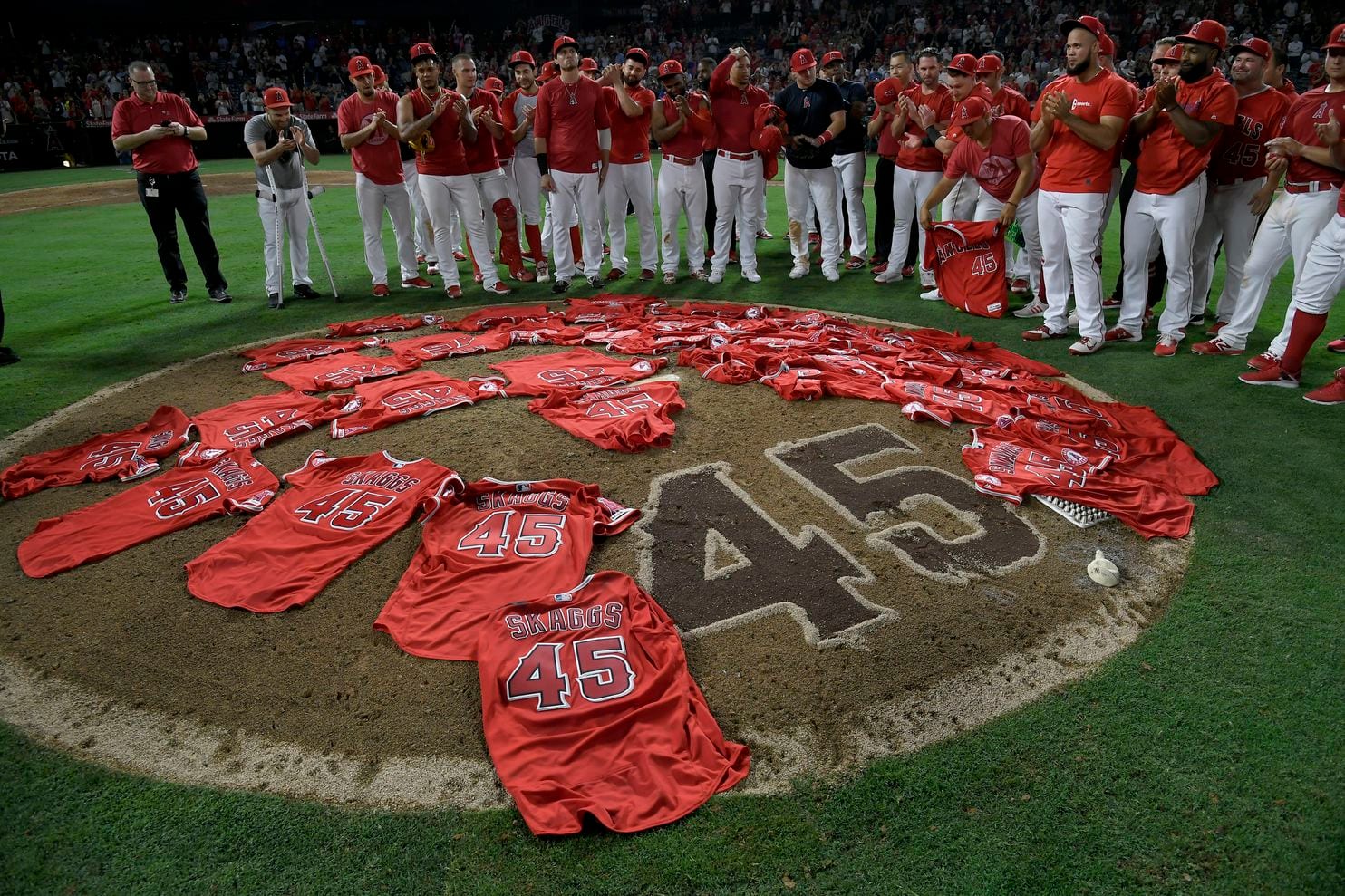 The prior week in MLB was about a team in the American League honoring a player spectacularly, an ace starting pitcher in the National League lands on the injured list and a club makes a move to add starting rotation depth.

In their first home game since Tyler Skaggs’ passing, the @Angels throw a combined no-hitter. pic.twitter.com/92aJIfC1S8

The Los Angeles Angels honored former player Tyler Skaggs before Friday’s game against the Seattle Mariners by having his mom throw out the first pitch, and the team took it one step further by tossing a combined no-hitter.

Tyler Skagg's mother, Debbie Skaggs, throws the first pitch in tonight's home game. The first game back in Anaheim since the loss of Tyler. #45

On the night the @angels honoured the late Tyler Skaggs, Felix Pena and Taylor Cole combined to throw a no-hitter vs the @Mariners ????

It was an extremely emotional game for the Angels as it was their first home game since Skaggs passed away.

Right-handed pitchers Taylor Cole and Felix Pena tossed the second combined no-hitter in the franchise. Cole kept the Mariners hitless for the initial two innings, and Pena finished off the last seven innings.

The seven hitless innings by Pena are the second-longest outing by a reliever in a combined no-no.

In a 1917 no-hitter, Babe Ruth was ejected after one batter, and Ernie Shore pitched the rest of the game, per MLB Stats.

Félix Peña pitched 7 hitless innings, the 2nd-longest outing by a reliever in a combined no-no.

In a 1917 no-no, Babe Ruth was ejected after one batter and Ernie Shore pitched the rest of the game. pic.twitter.com/waw62tDgnu

The Angels tossed the 11th no-hitter in their franchise and joined the Baltimore Orioles as the only teams with multiple combined no-hitters, per ESPN Stats & Info.

On the same night they honored the passing of teammate Tyler Skaggs, the @Angels combined for the 301st no-hitter in MLB history (11th in team history) and the 13th combined no-hitter. The Angels join the Orioles as the only teams with multiple combined no-hitters. pic.twitter.com/xRC7J5j204

The only other combined no-hitter for the Angels was by Mark Langston and Mark Witt, which occurred on April 11, 1990, against the Mariners.

It’s the first no-hitter by the Angels since Jered Weaver stymied the Minnesota Twins on May 2, 2012.

This marked the second no-hitter of the 2019 season, as Oakland Athletics pitcher Mike Fiers no-hit the Cincinnati Reds on May 7.

This was the 13th combined no-hitter in MLB history, and the first since the Los Angeles Dodgers did it against the San Diego Padres on May 4, 2018, in Monterrey, Mexico.

The last time there was a combined no-hitter in the state of California happened on July 13, 1991, between the Orioles and the Athletics – the same day that Tyler Skaggs was born, per Stats By Stats.

The @Angels paid tribute to Tyler Skaggs by throwing a combined no-hitter against the Mariners in Anaheim.

The last time there was a combined no-hitter in the state of California? Orioles-A's in Oakland on July 13, 1991 – the same day Tyler Skaggs was born.#TheHaloWay

The Angels continued to honor Skaggs during the game as every player wore his jersey and it proceeded to get better once the game was over.

The players took off their jerseys and laid them on the mound, which was the ultimate sign of respect for Skaggs. He was more than just another player on the roster, he was family.

Angels outfielder Mike Trout did a postgame interview with MLB Network, and he was overcome with emotion in trying to talk about what the team accomplished with the combined no-hitter.

"This was definitely for him and he was definitely watching over us tonight."@MikeTrout joined @KellyNash on #QuickPitch after the @Angels no-hitter. pic.twitter.com/bhda4LhydM

The Angels left the game ball from the combined no-hitter in Skaggs’ locker, per Fabian Ardaya of The Athletic.

It’s quite rare for a team to throw a combined no-hitter and that’s secondary with something more important happening with the team.

The no-hitter was great, but this night was all about honoring Tyler Skaggs, and the Angels correctly accomplished that in a way which would make him proud.

The Washington Nationals will be without their best pitcher in Max Scherzer as they placed him on the injured list with a mid-back strain, per Mark Zuckerman of MASN.

Nationals have placed Max Scherzer on the 10-day injured list (retroactive to 7/10) with a mid-back strain. Eligible to return July 20, so he could still start in Atlanta next weekend.

The move is retroactive to July 10, which means he would be eligible to return July 20 against the Atlanta Braves, notes Zuckerman.

Scherzer didn’t pitch in the All-Star Game due to a problem with his back.

The Nationals are the Wild Card leader in the NL, and they will need Scherzer healthy to have any chance of maintaining that position for the final months of the regular season.

The Boston Red Sox have acquired some depth for their starting rotation by trading for pitcher Andrew Cashner and cash considerations from the Baltimore Orioles.

The Red Sox sent infielder Noelberth Romero and outfielder Elio Prado to the Orioles, per a team announcement.

The addition of Cashner was a smart move by the Red Sox as they will need a fifth starter in their rotation since Nathan Eovaldi will move to the bullpen upon returning from an elbow injury.

The right-hander is an excellent addition to the Red Sox as he’ll slot into the backend of the rotation.