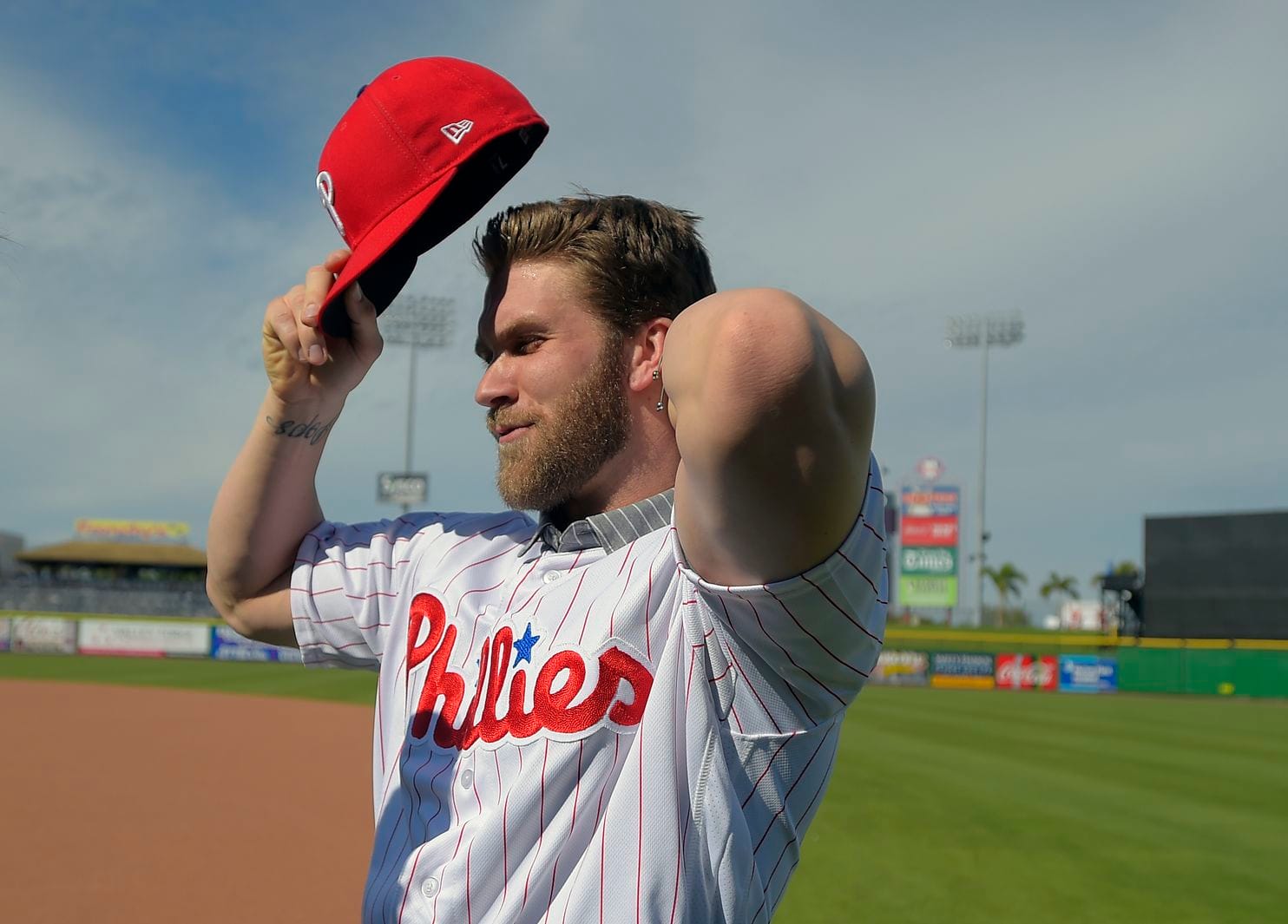 Sin City? When did players get so self-entitled?

For unmitigated gall, few statements this year beat the one uttered by Las Vegas native Bryce Harper who, when asked why he rejected a $300 million offer to re-sign with his former team, the Washington Nationals, famously told ESPN The Magazine it was “because $100 million of that contract was deferred until I was 65-years-old.

When I heard that, I immediately flashed back to 2005, when Latrell Spreewell rejected a three-year, $21 million contract from the Minnesota Timberwolves because that amount apparently wasn’t enough to feed his children.

I don’t want to come off as a curmudgeon, but when did athletes start to get so self-entitled? Especially when there are men who endured labor stoppages in their respective sports so that today’s ballplayers could command on the open market what working men and women can only dream of.

For the past decade, I have attempted to help the 630 retired men who weren’t so fortunate. These former Major League Baseball (MLB) players are being denied pensions by both the league and the union representing the current players, the Major League Baseball Players’ Association (MLBPA), because of an error the union committed 39 years ago.

In order to avert a threatened 1980 walkout by the players, MLB made the following sweetheart offer to union representatives: going forward, all a post-1980 player would need to be eligible to buy into the league’s premium health insurance plan was one game day of service; all a post-1980 player would need for a benefit allowance was 43 game days of service. At the time, the threshold was four years to be vested in the pension plan.

The problem was, the union failed to insist on retroactivity for all those players who played prior to 1980, who had more than 43 game days but less than four years of service.

Thanks to the late Michael Weiner, the former MLBPA executive director, the league and union partially remedied this situation in April 2011. The pre-1980 players alive at the time were each awarded non-qualified payments of $625 per quarter, up to $10,000, for every 43 game days of service the man had. However, when the man passes, the payment passes with him.

So compared to today’s retired players, who can earn up to $225,000 each year they are on golden pond, men like Reno’s James “Woody” Woods, who played for the Chicago Cubs, are getting a bone thrown at them in retirement.

To date, the MLBPA has been loath to divvy up anymore of the collective pie. Even though the players’ welfare and benefits fund is worth more than $3.5 billion, MLBPA Executive Director Tony Clark has never commented about these non-vested retirees, many of whom are filing for bankruptcy at advanced ages, having banks foreclose on their homes and are so sickly and poor that they cannot afford adequate health care coverage.

Considering that an unsung guy like Woods helped pave the way so Harper  — and presumably star Chicago Cubs infielder (and fellow Las Vegas native) Kris Bryant — could reap the benefits of free agency, it is anathema to me why the union doesn’t do more for these men. You know, the guys who grew the game and walked picket lines.

I mean, when do the players start to ask themselves, “Hey, shouldn’t we do something nice for the old guys?”

Guess Bryce will just have to console himself with looking forward to the All-Star Game. ‘Cause, if he’s the top National League vote-getter this year, he even stands to make an extra $15,000.