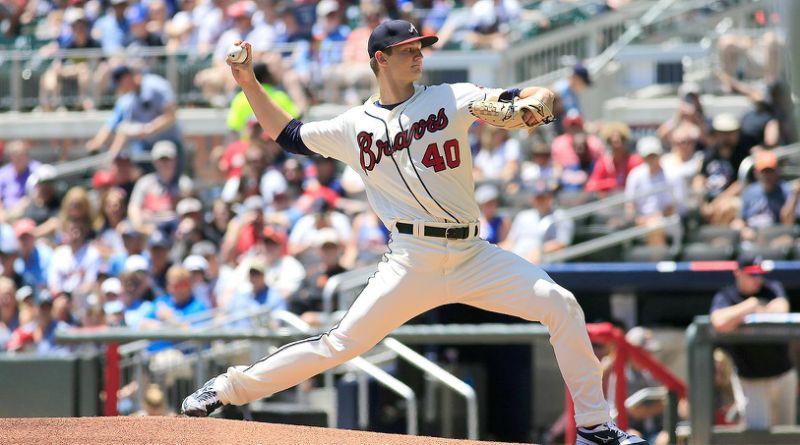 He was terrific in his outing Saturday against the Miami Marlins as he tossed seven innings and allowed two unearned runs.

The dominant start by the 21-year-old allowed him to make history by becoming the youngest pitcher with four straight starts of one earned run or less to begin a season since Fernando Valenzuela in 1981, per MLB Stats.

.@Mike_Soroka28 is the youngest pitcher with 4 straight starts surrendering 1 ER or less to start a season since Fernando Valenzuela in 1981. pic.twitter.com/GsrjJe5AHj

Soroka has a microscopic 1.14 ERA and going back to last season; he has yielded one earned run or less in seven of his previous nine starts.

Since World War II only Chicago White Sox pitcher Cisco Carlos from 1967-68 has achieved a similar feat, per a team announcement.

Mike Soroka allowed no earned runs tonight & has now allowed 1 earned run or fewer in 7 of his first 9 starts. Since World War II, only 1 other pitcher has had as many such starts among their first 9 career games: Cisco Carlos, who also had 7 for the White Sox from 1967-1968. pic.twitter.com/b9GCE7xJLj

The right-hander compiled a 3.51 ERA in 25 2/3 innings pitched (five games) for the Braves last season with 21 strikeouts, seven walks allowed, and one home run surrendered.

Soroka is a talented pitcher and could have a special season for the Braves if he continues to dominate opposing teams.

He became the first pitcher to toss a nine-inning shutout in 81 pitches or less since Aaron Cook achieved the feat in 2012 with the Boston Red Sox, per MLB Stats.

He’s the first pitcher to throw a 9-inning shutout in 81 pitches or less since 2012 (Aaron Cook, BOS). pic.twitter.com/NTijABxUT0

Hendricks started the season allowing at least four earned runs in each of his first two starts but has given up two earned runs or less in three of his last four outings.

Hendricks threw 63 pitches for strikes, and the game lasted two hours and 28 minutes.

Hendricks had all his pitches working, and it’s impressive he tossed a complete game requiring just 81 pitches.

It’s difficult for some starting pitchers to complete five or six innings on  81 pitches, so reaching that amount in nine innings of work is a spectacular accomplishment.

Cleveland Indians starting pitcher Corey Kluber is in the clear for now.

The Indians announced a couple of days ago Kluber had been placed on the injured list with a fractured right ulna.

He was struck in the right forearm by a 102-mph line drive earlier in the week.

Kluber underwent an X-ray, and it revealed a non-displaced fracture.

Indians manager Terry Francona said Kluber would be in a cast for the next three weeks and will receive an X-ray once a week to see how the bone is healing. There’s no timetable for his return, and surgery isn’t required at this time, per Mandy Bell of MLB.com.

The loss of Kluber is enormous for the Indians as he’s the second starting pitcher for the team on the injured list, as Mike Clevinger is sidelined with an upper back strain.

The silver lining for the Indians is Kluber doesn’t need surgery, and, hopefully, his fracture will heal properly.

Tampa Bay Rays have been one of the best teams in the American League after the first month, and a primary reason for the strong start is the breakout performance from starting pitcher Tyler Glasnow.

However, the Rays plan to reduce his workload, per Marc Topkin of the Tampa Bay Times.

Glasnow threw 111 2/3 innings last year and protecting his health is the smart move.

The number of innings he threw was the first time he threw more than 100 innings in his career.

The Rays plan to give him six days’ rest when possible and shorten some of his starts regardless of how well he’s performing.

The last start for Glasnow in which he fired seven scoreless innings against the Baltimore Orioles was just the third time in seven starts he pitched beyond the sixth inning and only the second time he’s thrown more than 90 pitches.

Glasnow is a significant part of the Rays long-term success, and they do should everything to protect him.