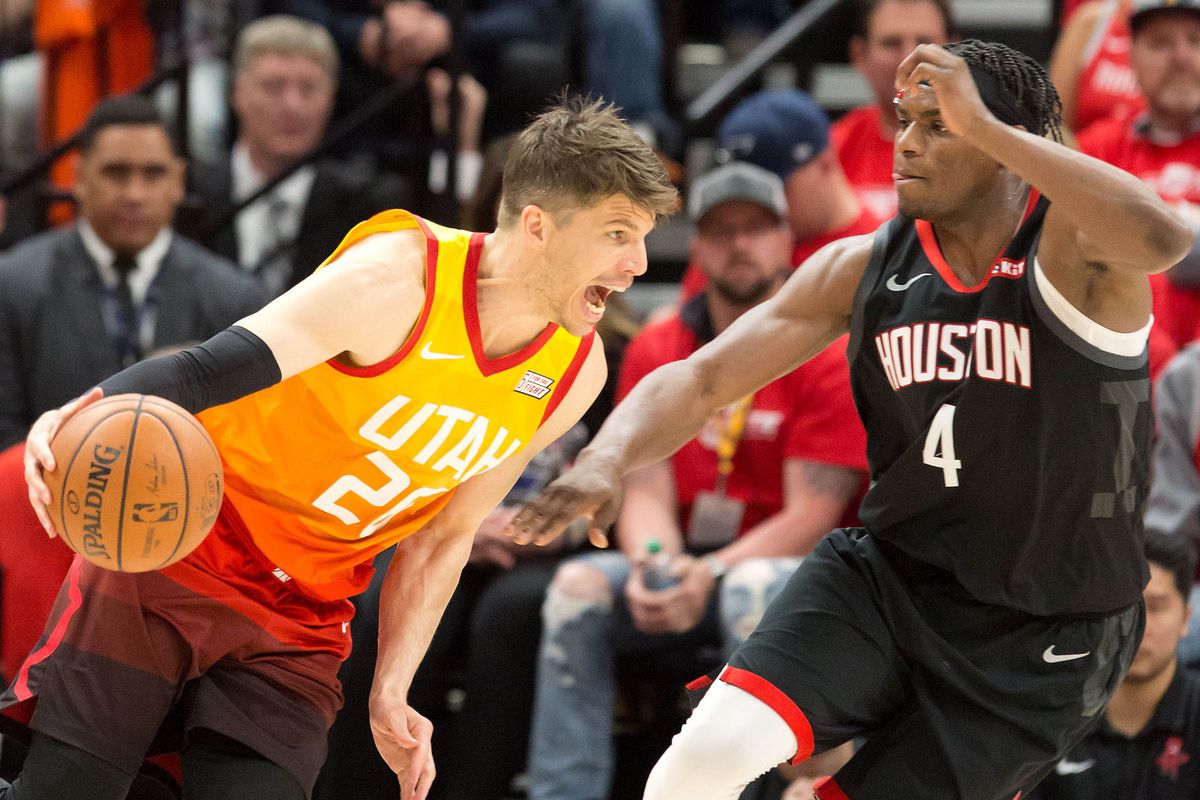 After convincing victories in Games 1 and 2, the Rockets put themselves in a great spot. However, the Jazz fought back and avoided the sweep.

Let’s take a look at how things fared out in Salt Lake City.

Wow, what a change of pace in this game. The Rockets were finally challenged by the Utah defense. In fact, there was a point in the game where Harden was 0 for 15. You did not read that incorrectly. Through three quarters, the MVP shot 0 for 15.

But what if I told you that wasn’t enough? Let’s take a look at some stat lines from this game.

Mitchell finally woke in this game and played well. Unfortunately for the Jazz, no one else really came to help. Joe Ingles has continued to struggle offensively, and only three other Jazz players scored in double figures. Meanwhile, Harden was locked down for three quarters. That is until he scored 14 points in the fourth.

The entire game was much closer than what Utah experienced in Houston. But the difference was the incredible defense Royce O’Neale on Harden that kept the Jazz in this game. Unfortunately, the Jazz sent him to the free throw line too much. In fact, Harden hit 14 free throws by himself.

Game three is the kind of game that can be disheartening for a team like the Jazz. As most know, no team has ever recovered from a 3-0 deficit. They had plenty of chances to win this game. At the end of the quarter, Mitchell had a decent look to tie the game. He missed it.

In this game what hurt the most was how well the Jazz responded. Their defense on Harden was great. It just wasn’t enough to hold on and win.

How would things fare in Game Four?

The first quarter was much of the same from Game Three. O’Neale played spectacular defense throughout the first half. As did Jae Crowder, and Rudy Gobert. Harden began the night on 4 of 11 shooting. However, Clint Capela struggled in the first half. He only scored three points on 1 of 4 shooting.

Crowder scored 18 points and Ricky Rubio chimed in with 15 points. Both on very efficient shooting. The Rockets aimed for Gobert and Mitchell, pushing the other Jazz players to beat them. In the first half, they responded. Houston didn’t defend terribly. But Utah missed some good shots to start the game.

They did lead by as much as 14 points. However, the Rockets kept it close throughout the first half and made some nice runs to cut into the lead.

The second half things became even tighter as the Rockets made another run and captured the lead. By the seven-minute mark, CP3 hit a three-pointer that gave Houston a three-point lead. While capturing the lead, the Rockets outscored Utah 16 to 7.

Foul trouble played a minor role in this game as well. As a matter of fact, Rudy Gobert had four fouls, while Eric Gordon and P.J. Tucker had three each. While the Rockets made a nice handful of three-pointers, their paint strategy was not working. In fact, the Harden-Capela tandem was off. However, for Harden himself, he was right back to being great. Through three quarters, he scored 25 points on very efficient shooting. But his visits to the free throw line were limited up to this point.

Unfortunately for Houston, the Jazz woke up and took command of the fourth quarter. The Rockets were outscored 31 to 12 in the fourth despite Harden scoring effectively. Unfortunately, Capela’s struggles really took a toll on the offense of Houston. They were mostly efficient from three, but the paint area turned out to be a different story.

It was quite the performance by the Jazz, in particular, from O’Neale who played stellar defense and provided some decent offense. He added 11 points of his own. The Jazz played well. However, they are in a deep hole and will have to really prepare for what’s to come in Houston. I expect Capela and the Rockets to really put the pressure on Utah to stay alive.

Overall, both games in Utah were entertaining. However, I expect things to go a little differently when the Rockets return to Toyota Center. Game Five will be back in Houston on Wednesday.

For more on the Rockets throughout their postseason run, stay tuned to NGSC Sports. See you Wednesday night, Red Nation.