The Boston College baseball team is in action twice in the midweek against a pair of New England opponents. The Eagles host UMass Lowell Tuesday, April 23 at 5:30 p.m. at the Harrington Athletics Village and travel to Bryant on Wednesday, April 24 for a 3 p.m. first pitch.

The Eagles are 19-22 overall entering the final quarter of the regular season. Freshman outfielder Sal Frelick leads BC in hitting with a .372 average to go with 28 runs, 29 RBI and a team-high 18 stolen bases. Senior third baseman Jake Alu is second on the team at .331 to go with 13 doubles, which is tied for the team lead, and a team-high 36 runs. Junior first baseman Jack Cunningham is the fifth Eagle hitter above .300 with a .307 average. He has slugged a team-leading seven home runs and driven in 27 RBI.

UMass Lowell is 9-27 on the season after taking two of three from Binghamton over the weekend. Shortstop Oscar Marchena is the River Hawks’ top hitter at .328 with seven doubles and 28 RBI. Right fielder Cam Climo is hitting .269 and leads UMass Lowell with 20 runs and nine doubles.

Junior first baseman Jack Cunningham kept his hit streak alive with a go-ahead, three-run home run in the top of the ninth inning at No. 12 UNC (4/20). Cunningham’s hit streak is at a career-best 14 and reached base streak at 20 games.

BC hosts No. 25 Duke for a series beginning Friday, April 25 with the 8th Annual ALS Awareness Game Saturday at 2 p.m. 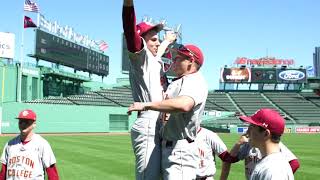 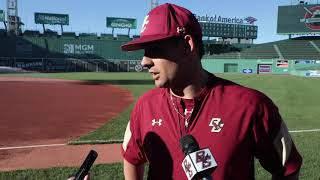 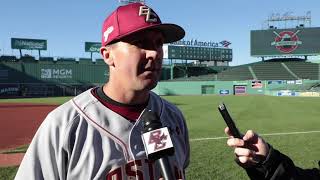 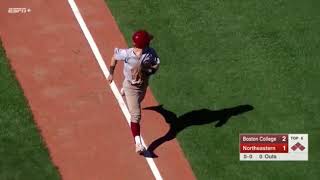