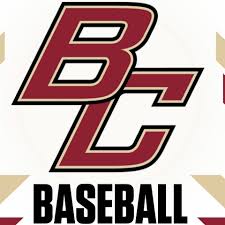 LEXINGTON, Ky. – Freshman right fielder Sal Frelick (Lexington, Mass.)homered and drove in four runs in a 3-for-5 game to lead Boston College baseball to a 12-3 win over Kentucky at Kentucky Proud Park on Wednesday evening with first the first pitch temperature barely scratching 30 degrees. The Eagles move toward ACC play with a 7-4 overall record as the Wildcats dropped to 8-4 in their first loss in their brand-new ballpark.

Boston College left 10 runners on base through the first six innings and after being sat down in order for the first time all game in the seventh the BC bats came through with four two-out runs. Frelick, batting with the bases loaded, hit a grounder deep to first and beat the defender to the bag for an infield single that scored two runs. Junior shortstop Brian Dempsey (Potomac, Md.) then doubled the Eagles’ production in the inning by lifting a two-run triple to the track in left-center.

The Eagles added seven more runs as they batted around in the ninth. Junior designated hitter Joe Suozzi (Glen Cove, N.Y.) singled and freshman second baseman Cody Morissette (Exeter, N.H.) doubled to set the table. BC took advantage of three walks, a hit batter, an error, and two wild pitches as the scoring was capped by a two-run base hit from senior third baseman Jake Alu (Hamilton, N.J.).

As a team, BC totaled 11 hits and 12 walks. Frelick’s three hits led the way and he added a walk on the day. Dempsey and Alu each collected two hits, while Dempsey also walked and was hit by a pitch.

Junior right-handed pitcher Matt Gill (Simsbury, Conn.) threw 19 pitches in a scoreless first inning; his only inning of work in the start. Freshman RHP Joe Mancini(Fairfield, Conn.) was the first reliever for the Eagles and he pitched a team-high three innings. He allowed one run, a solo home run to DH T.J. Collett, on two hits. Senior RHP John Witkowski (Melrose, Mass.) got the win in 1.1 innings of perfect relief with two strikeouts.

QUOTEABLES
Mike Gambino, Head Coach:
“I was proud of the boys. Those were tough elements to play in, there’s no two ways about it. It was one of the colder games we’ve played in the last couple years and it came against a really good opponent in a great ballpark. The guys were excited to play and they did a great job. We had chances early and Kentucky did a great job pitching out of trouble, but we just kept putting pressure on them. I know the final score looks big at first glance, but that was a close game until late.”

“I thought our pitchers threw the ball well. It was a planned bullpen day after not playing in a few days and having tomorrow off. We had to get those guys in the game and they all did a great job.”

“We had a bunch of two-out hits and two-strike at-bats that extended innings. Sal [Frelick], in a big spot, opened the game up with a two-strike battle and beat out an infield-hit to allow two runs to score. He drove in the first three runs. The kid is as competitive as they come. He continues to find a way to keep getting it done.”

UP NEXT
Boston College remains in Kentucky for its ACC-opening series that begins Friday, March 8 at 6 p.m. against Louisville.