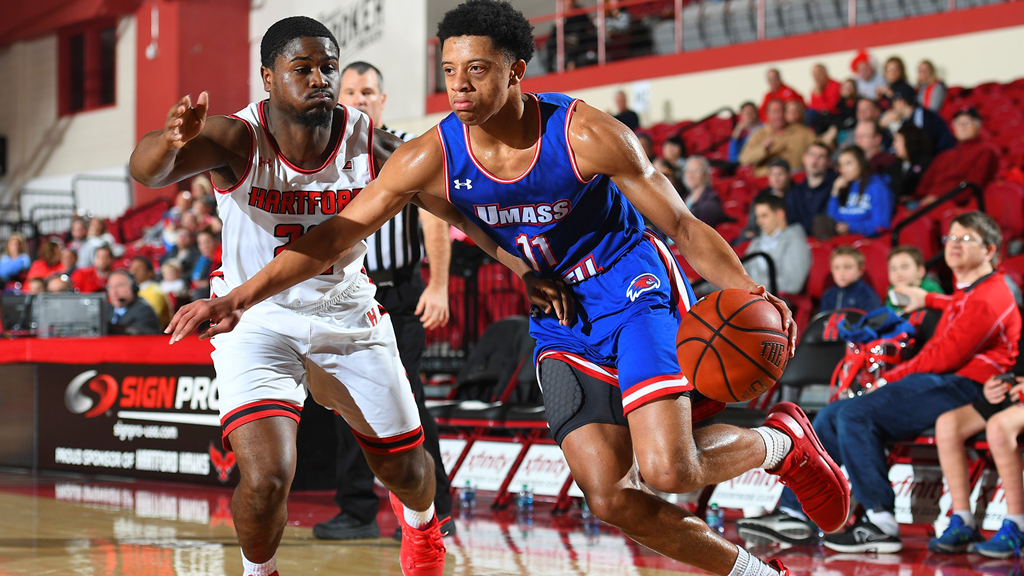 LOWELL, Mass. – The UMass Lowell men’s basketball team has earned the fifth seed for the 2019 America East Championship and is slated to visit No. 4 Hartford for a quarterfinal matchup on Saturday, March 9 at 5 p.m.

The River Hawks finished the regular season with a 15-16 overall record and a 7-9 mark in America East games. The 15 total wins set a new Division I single-season program record and the seven league victories are the most for the team since 2015-16.

UMass Lowell finished the regular-season ranked fifth for the third time since joining the America East. In addition, this is the team’s best seeding for the America East Championship yet, improving two spots after making its Division I postseason debut at No. 7 last year.

Hartford, who boasts a 17-14 overall record, went 10-6 in America East games this year to earn its second consecutive top-four finish. Heading into this season’s conference tournament, the squad has won four of its last five games.

UMass Lowell and Hartford have met 17 times in the sport of men’s basketball, as the Hawks lead the all-time series, 11-6. The teams split the home-and-home series during the 2018-19 regular season with the River Hawks earning a 76-73 comeback victory on the road on January 19 before Hartford earned a 75-73 decision in Lowell on February 23.

All rounds of the 2019 America East Championship will be played on the home courts of the highest seeds. Re-seeding will take place after Saturday’s four quarterfinal games. The semifinals are scheduled for Tuesday, March 12 with the title game to follow on Saturday, March 16.