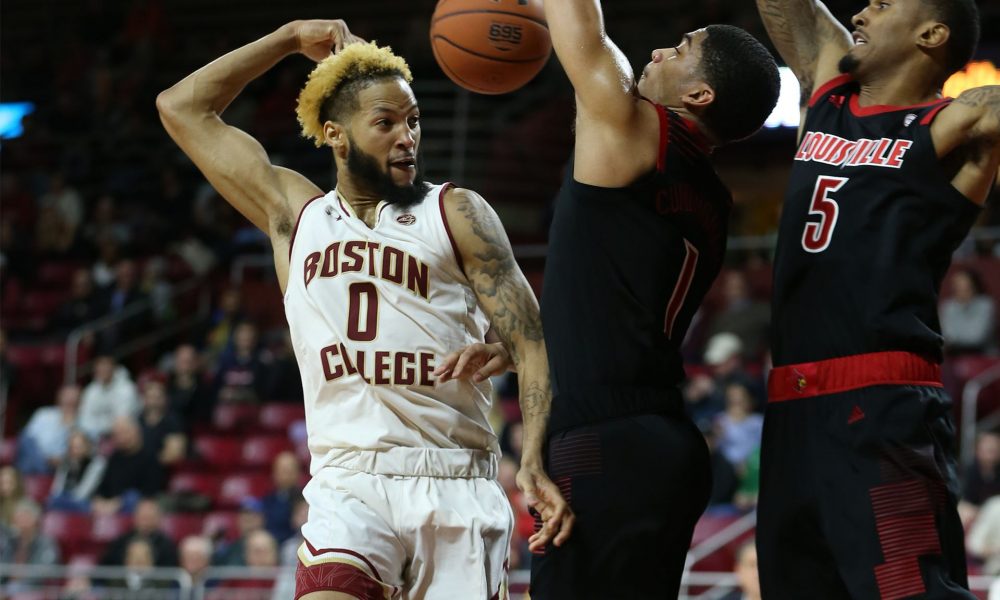 Bowman finished with 25 points, 12 rebounds and eight assists on the night.  Twenty of the junior’s 25 points came in the second half.  Nik Popovic added 16 points and nine boards in the win – BC’s third straight at home.

BC showed tremendous defensive effort, beginning from the opening tap.  The Eagles held Louisville to just 28.1 percent from the floor through the first 20 minutes of play, while forcing eight turnovers.

The Eagles led by as many as eight, after a three-point play from Jordan Chatman in transition made it 22-14 with 5:38 left in the half.  But the Cardinals responded with some stingy defense of their own, holding BC scoreless from that point on.  Louisville went on a 9-0 run to close the half, taking its first lead of the game with 1:30 left in the half and would hold a 23-22 edge at the break.

Louisville would score the first nine points of the second half, precipitating a timeout from BC.  UofL’s scoring run reached 15-2 over a nine-minute span as it took a 29-24 lead with 16:26 to go.  The Eagles would heat up offensively from that point, making five of its next seven, including back-to-back 3-pointers from Bowman and Jairus Hamilton, cutting it to one – at 42-41 with 10:22 left.

STAT OF THE GAME:
Under 60:  BC has held its last three ACC home opponents under 60 points.  The Eagles limited Pittsburgh and Miami to 57 points apiece while keeping Louisville to just 59 – more than 15 points under its season average.

UP NEXT:
Boston College heads to Atlanta on Sunday, March 3 to take on Georgia Tech in the Eagles’ final regular season road game.

Tipoff is set for 6 p.m. and the game will air live on ESPNU, with Anish Shroff and Cory Alexander on the call.

It can also be heard live on the Boston College IMG Sports Network on WEEI 850 AM with Josh Maurer and Kevin Collins. 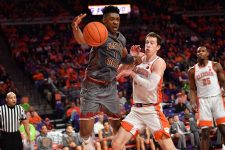