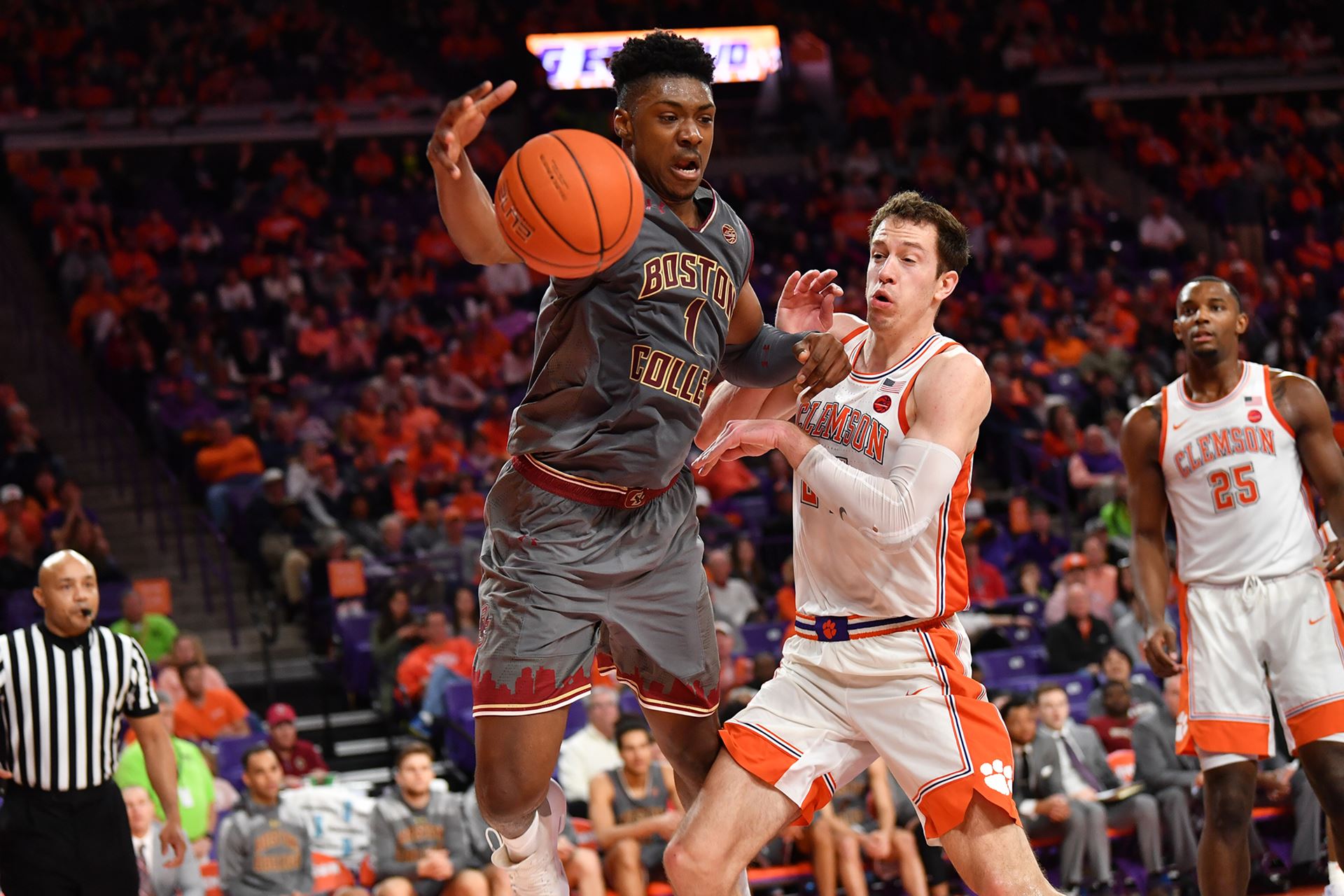 CLEMSON, S.C. — Clemson used a 16-6 run over the last four minutes of the game to earn a 76-66 victory over Boston College at Littlejohn Coliseum.

The Hamilton brothers combined to score the next eight points, courtesy of two 3-pointers from Jairus and two free throws from Jared, knotting the game at 60-60 before the Tigers’ final offensive push.

BC started the game scoring on four of its first six possessions, taking a 10-9 lead as Jairus Hamilton and Nik Popovic contributed four points apiece.  Clemson also started hot from the floor, making 6-of-8 to start the game.

Steffon Mitchell drained a jumper from the right elbow at the buzzer at the end of the first half, as Clemson took a 33-29 edge at the break.

FOR THE ANALYTICS CROWD:
Jairus Hamilton registered an efficiency rating of 15, while Nik Popovic was at 13 for the game.  Efficiency rating is calculated using the following formula: (PTS + REB + AST + STL + BLK – Missed Shots – TO).

UP NEXT:
Boston College hosts Louisville on Wednesday night – Feb. 27 – at 9 p.m. at Conte Forum.  The game will be distributed via RSN, including NESN locally. Wes Durham and Cory Alexander have the broadcast call.  Both games can also be heard live on the Boston College IMG Sports Network on WEEI 850 AM with Josh Maurer and Danya Abrams.