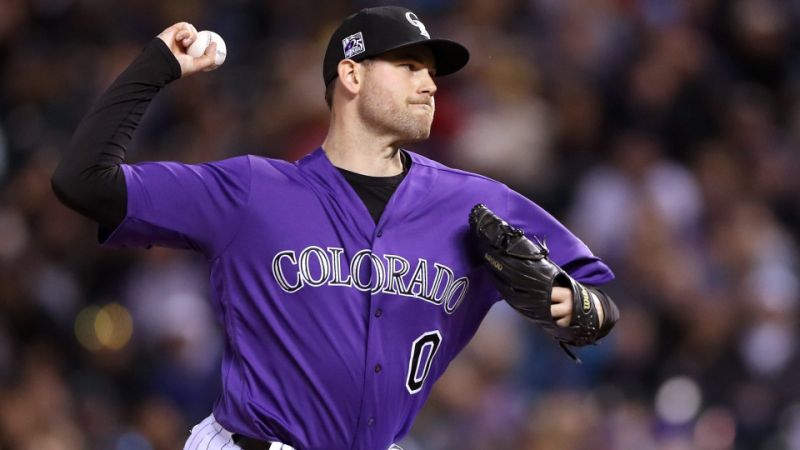 The prior week in MLB was about a team in the American League improving their bullpen, a starting pitcher is open to a long-term deal with his current club, and a team in the AL signs a reliever to a one-year contract.

The New York Yankees have a stellar bullpen and strengthened it a couple days ago by signing reliever Adam Ottavino, per Jeff Passan of ESPN.

He signed a three-year, $27 million contract, per Jon Heyman of Fancred Sports.

Ottavino was dominant last season with the Colorado Rockies.

The right-hander was one of the better relievers in the National League in 2018, and it wasn’t a surprise he signed a multi-year deal.

The impressive aspect during last season for Ottavino was he compiled a 2.10 ERA and surrendered just two home runs pitching at home in Coors Field.

It’s quite rare for any pitcher to have success throwing the ball at Coors, but Ottavino was the exception.

The addition of Ottavino is tremendous by the Yankees as he joins a loaded bullpen with Dellin Betances, Zach Britton, and Aroldis Chapman.

The Yankees can shorten games as they have four quality relievers to shut down the opposition.

Boston Red Sox starting pitcher Chris Sale will be a free agent next season, but he’s open to signing a long-term deal with the team.

According to Chris Cotillo of MassLive.com, Sale mentioned he would be willing to discuss a long-term contract before Opening Day.

Sale will make $13.5 million in 2019 and will be a free agent for the first time once the season is over.

The left-hander played a crucial role in the Red Sox winning the American League East crown and the World Series last year.

Sale is one of the elite starting pitchers in the majors.

He did have a shoulder injury which sidelined him as the regular season ended last year, but he made three starts during the postseason.

The Red Sox will have to make some decisions next offseason as Xander Bogaerts, Jackie Bradley Jr. and Rick Porcello will all be free agents as well.

Outfielder Mookie Betts who received $20 million during his second year of arbitration, will receive another raise next year before becoming a free agent after 2020.

The Red Sox could offer Sale a long-term deal before the regular season starts, and he might be willing to accept, considering that Bryce Harper and Manny Machado remain unsigned.

The Los Angeles Angels have signed reliever Cody Allen to a one-year contract worth $8.5 million, per Fabian Ardaya of The Athletic.

The Angels’ deal with Cody Allen is official, as has been reported. He’ll get $8.5 million on a one-year deal to be the closer, with up to $2 million in incentives, a source confirmed to The Athletic. Team hasn’t announced it and it will require a 40-man move.

The right-hander is looking for better results during the 2019 season, and, hopefully, can secure a long-term deal next offseason.