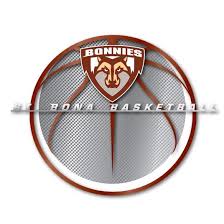 After a week-long break from play, the Saint Bonaventure Bonnies traveled to Fairfax Virginia to open up conference competition. At the start of the game, it looked like Bonaventure and head coach Mark Schmidt were running away from the George Mason Patriots. The Bonnies jumped out to a seven-point advantage leading 9-2 but, things got chaotic fast. Luck was definitely on the side of the Bonnies to start the 68-53 Patriots 15-point disaster.

Great start for us as this Lofton jumper makes it a 9-2 lead!#Bonnies pic.twitter.com/Jlxp2oS45n

Most fans know that twenty minutes of basketball is a long time especially at the college level of play. Well, if you cut that in half the final ten minutes of the battle is what sealed the deal for George Mason as the game was knotted up with 10:10 remaining in the battle.

“The first four minutes of the second half – we talk about how important that is — we missed some layups and had some breakdowns. We missed some open shots. All through the game, we couldn’t get to the free throw line and we couldn’t rebound. That was the difference. We were not attacking the way we need to” said Schmidt.

Now consider, this is the first time all eleven scholarshiped players saw the court all year long. Seniors Courtney Stockard and Ladarien Griffin have been back for a while now. Dominick Welsh, a freshman, returned for three minutes of action after suffering a foot injury in mid-November against Georgia State. Despite having everyone, the Bonnies shot a mere 39.0% from the floor and had only 24 total rebounds. George Mason was led by a 15 point 14 rebound double-double by Justin Kier.

Kyle Lofton steps into a 3-pointer that pulls us within 56-50. #Bonnies pic.twitter.com/3l41OpkGd5

Kyle Lofton led the Bonnies with 17 points and six assists, while Stockard chipped in 16 to go along with five rebounds.

The Bonnies will face off against Saint Josephs Wednesday at Reilly Center at seven pm, trying to get just their fifth win of the year. George Mason battles Davidson Wednesday evening at home as well.