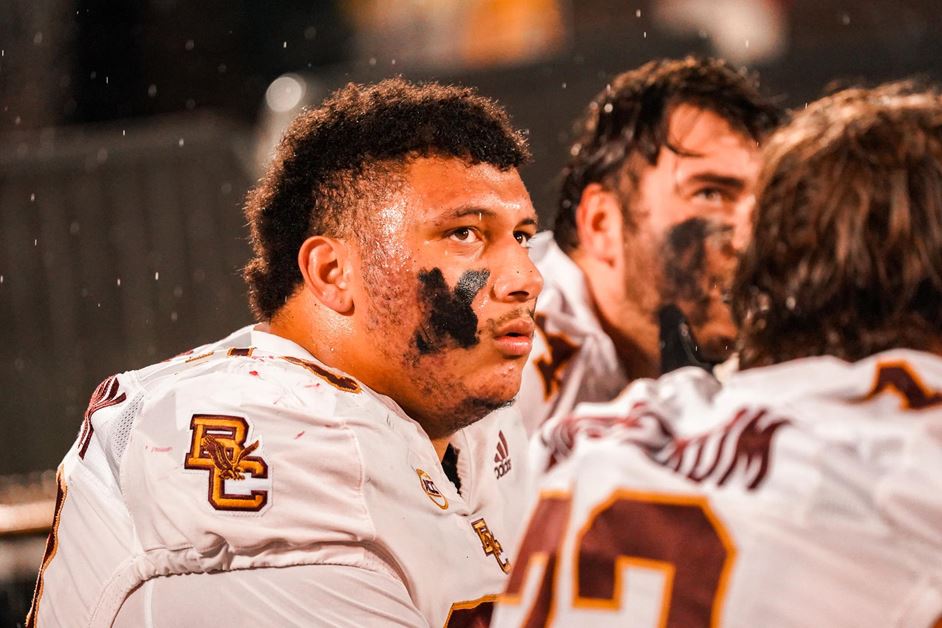 Mahogany, who has started all 22 games played in the last two years, is coming off an All-AC second-team selection and is the only returner on the Eagles’ offensive line. He ranks No. 2 at guard on ESPN analyst Mel Kiper’s 2023 draft board.

Flowers enters his senior season 12th all-time at Boston College with 122 career receptions and 10th all-time with 1,979 career receiving yards. He was an All-ACC first-team pick in 2020 and a third-team pick in 2021. Garwo was a second-team All-ACC back in 2021; rushing for 1,045 yards and seven touchdowns. DeBerry is a two-time All-ACC pick, earning second-team honors last season. He has started 20 of 28 games with 108 tackles, three interceptions, and three forced fumbles.

Valdez capped off the 2021 season as an All-ACC Honorable Mention. He totaled seven TFLs and five sacks in just nine games a year ago. Woodbey, who transferred to BC from Florida State in 2021, was honorable mention All-ACC with 56 tackles and two interceptions a year ago.