Boston College Walked Off by Austin Peay in Extras 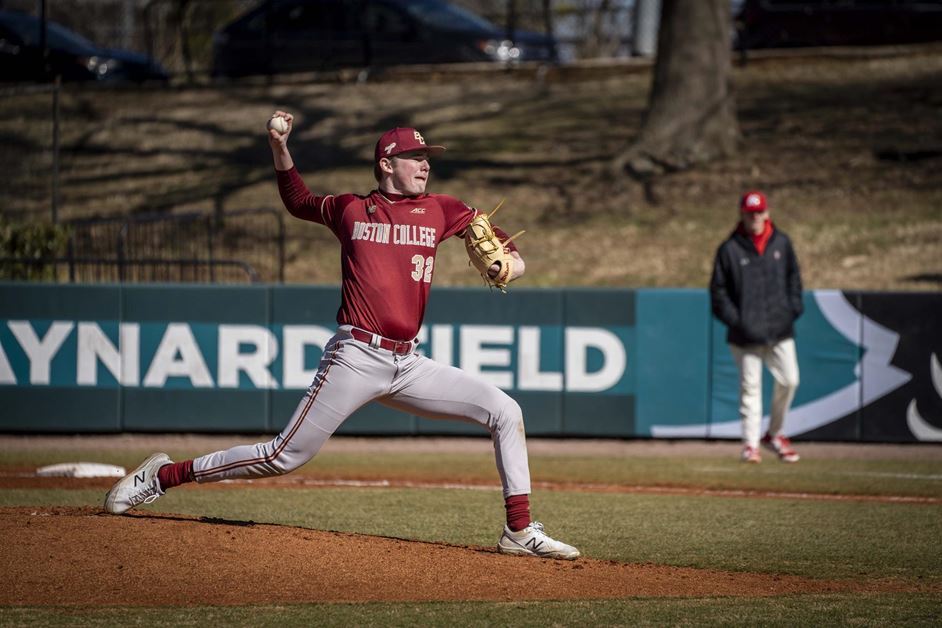 CLARKSVILLE, Tenn. – The Boston College baseball team was walked off in the 10th inning, a 10-9 loss, to Austin Peay at Raymond C. Hand Park on Saturday. The Eagles and Governors are each 1-1 on the season.

Austin Peay strung together three straight two-out singles in the ninth to tie the game. In the 10th, the Governors loaded the bases with one out and got the win with a walk to right fielder Gino Avros.

The Eagles ran up an 8-0 lead through the middle of the fifth; scoring in four of five innings and five of six when ahead 9-4. The Governors trimmed the BC lead to a run with four-run innings in both the fifth and sixth innings.

BC failed to register a hit after the sixth inning. Sophomore first baseman Joe Vetrano (Shrub Oak, N.Y.) drove in two runs, including one on a double in the sixth; the final Eagle hit of the day. Vetrano was called to the mound with the bases loaded in the 10th and issued the game-deciding walk.

Sebastian Martinez (1-0) through four-hitless innings from the Austin Peay bullpen with four strikeouts and one walk. Junior RHP Max Gieg (0-1) took the loss with one run against on a hit and two walks in one-third of an inning pitched.

BC HIGHLIGHTS
·       Hard struck out the first two batters he faced in a 1-2-3 bottom of the first.
·       Lucas Stalman led off the fourth with a single and BC plated two runs on doubles by Peter Burns and Travis Honeyman.
·       The Eagles scored three times in the fifth, beginning with a Landwehr pinch-hit single. He came around for the third run of the inning on a wild pitch.