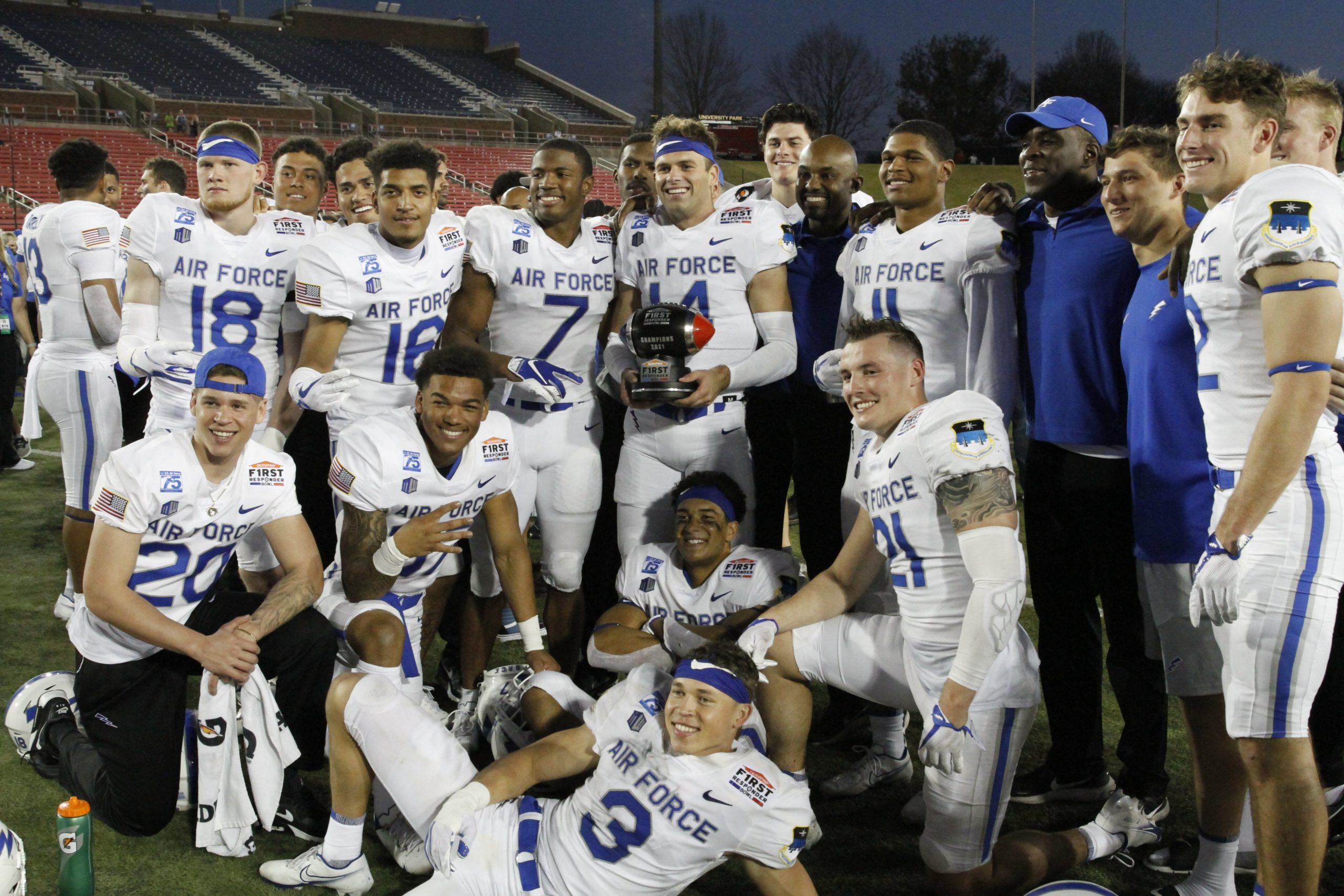 The 2021 ServPro First Responder Bowl took place at Gerald J. Ford Stadium in Dallas, Texas. The game featured a battle between the Air Force Falcons who entered the game at 9-3 and the 6-6 Louisville Cardinals.

Both offenses would punt on their possession of the game. The Cardinals sustained a nice second drive that ate up just over three minutes. Unfortunately, though, kicker James Turner missed a 44-yard field goal and gave the Falcons the ball back at the 26-yard line.

The Falcons then put together their first productive drive of the game by marching down the field 74 yards on 10 plays for the first touchdown of the game by junior quarterback Haaziq Daniels from five yards out. After another punt from the Cardinals, the Falcons needed just three plays to score again as Daniels connected with senior wide receiver Brandon Lewis for a 61-yard score making the game 14-0.

Fireworks were set off on the very next play. Cardinals freshman running back Jawhar Jordan returned the Falcons kickoff for a 100-yard touchdown. There was a flag on the play that put Jordan’s big play in jeopardy. However, it was an illegal block on the Falcons and the score was upheld making it a 21-14 ballgame.

The Falcons would make it a two-score game again on their next possession. Eating up over four-and-a-half minutes, the Falcons went 75 yards on 11 plays and capped off the drive with the second touchdown run from Daniels. The Falcons took a 28-14 lead into halftime.

After 42 points combined from both teams, the second half wasn’t as productive offensively. Almost the entire third quarter was taken up by just three drives (two from the Falcons, one from the Cardinals) but no points were scored. The Cardinals got the ball with 1:50 left in the period, and it took just five plays to put points on the board as junior quarterback Malik Cunningham hooked up with sophomore wide receiver for a 34-yard touchdown making it a tight 28-21 game with four seconds left in the third quarter.

The Cardinals’ momentum didn’t last long. The Falcons went on a 17-play drive that lasted over nine-and-a-half minutes and was capped by a 26-yard field goal by freshman kicker Matthew Dapore for a 31-21 lead.

Not one to lay down and accept defeat, the Cardinals went 70 yards on six plays and made it a 31-28 game with 2:57 left in the fourth quarter after a 22-yard touchdown run by Cunningham. Unfortunately for the Cardinals, their onside kick attempt failed and the Falcons ran out the clock after picking up multiple first downs and were crowned the 2021 ServPro First Responder Bowl champions.

Falcon’s quarterback Daniels was named the MVP after completing nine of his 10 passes for a career-high 252 yards and four total touchdowns (two rushing, two passing). After his first bowl win, Daniels had this to say.

“I mean, I think we’re making history,” said Daniels. “You know there’s not a lot of times where a team can win ten games in a season. It’s a good feeling, just have to enjoy all of this. Some guys coming back you know we got to do, keep going.”

Lewis wrapped up his Falcons career by setting a school record by averaging 30 yards per catch and set a school bowl record with 172 yards against the Cardinals.

“I feel like I could’ve been doing this all season and I’m just happy I did do it in my final game,” Lewis said.

Air Force head coach Troy Calhoun has been with the program since 2007 and the Falcons victory on Tuesday improved his bowl record to 6-5. During a postgame media session, Calhoun gave kudos to his teams’ effort leading up their battle with Louisville.

“You want to have a year where you have a winning season quite frankly,” Calhoun said. “These guys just kept doing more and more. It was impressive to see these guys work this week.”

The Falcons will now look for their third 10-win campaign in four seasons in 2022. 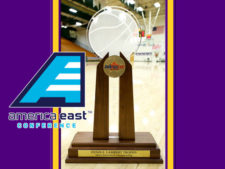 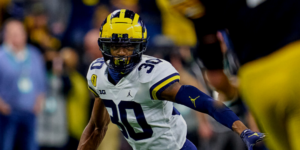