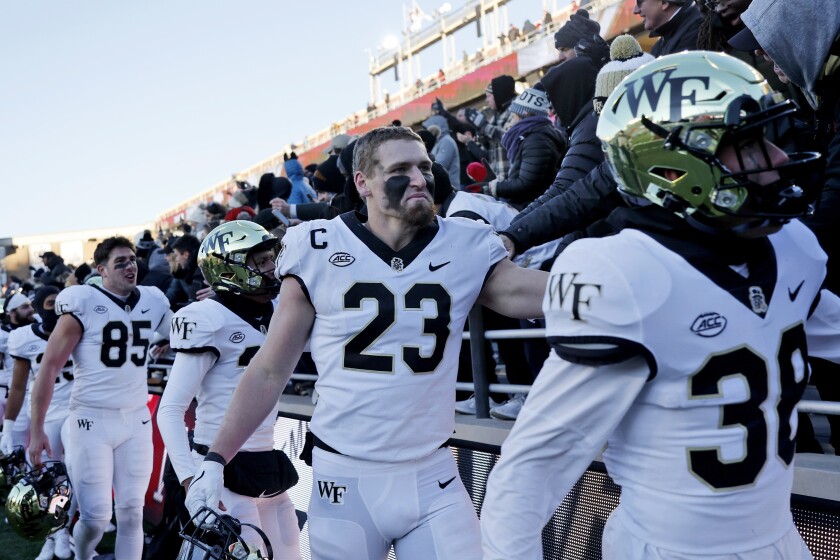 A night after watching Wake Forest play splendidly in its win against Boston College, I scrolled through the Demon Deacon Sports Nation site to soak in the fan excitement about our team rolling on to Charlotte to play Pitt in the ACC championship game this Saturday.

While scrolling I came upon a post by a Wake Forest graduate named Will Watson in which he shared a video of himself playing on the piano “The Hands of Time,” the highly emotional song from the classic football movie “Brian’s Song.” The song captures the sad but powerful theme based on a true story of Wake Forest running back Brian Piccolo passing away decades ago at the age of 26 just as his NFL career was taking off.

The video made me think of the way a football team’s performance on the field can inspire a person to sit down at a piano and play something so beautiful, honest, and moving.

Inspiring – that’s what this year’s Wake Forest football team is and always will be. They’ve touched our hearts, made us believe we could also accomplish great things in our own lives.

In 1983 NC State’s basketball team went on a surprising run towards the national championship and people all around the country got swept up in the emotion of it all. A star on that team, Thurl Bailey, said he began to realize that the team’s winning had become about more than one team doing something special. “I started to realize it was about hope,” he said. “Our team was giving people hope.”

One guy on this team – among so many – who has given us all hope is quarterback Sam Hartman. When he arrived at Wake Forest, there was no reason to expect great things out of him a few years later.

But great things he’s been doing all season long. Remember the pass to A.T. Perry in the corner of the endzone against Syracuse in overtime to win the game? Wicked clutch. Remember the unbelievably accurate long-range passes he threw against Army? One of the greatest quarterback performances of any college player ever – period. Remember the countless bombs for touchdowns? Remember the run yesterday in the first quarterback in which he fought for extra yards to score the first touchdown? Pure grit.

Remember all the great decisions he made all season long, deciding to run when he had to keep our drives alive? Intelligence.

Game after game, Sam has stunned us with his intellectual brilliance and physical skill. So smart, so steady, such great touch on his passes.

Right now there’s plenty of chatter about all the great quarterback play in the ACC this season. There has certainly been an extraordinary number of stellar performances. But do any of us really believe any of these quarterbacks could have possibly had a better season than Sam Hartman? How could that have been possible?

There really isn’t any way you could make the case that another ACC quarterback has had a better year than Hartman. Forget about the statistics – even though Hartman’s are stellar and at the top of the list. Just think about the leadership.

He’s led his team offensively to do remarkable things – unprecedented in the history of Wake Forest football. Even in the loss to Carolina, his offense put up 55 points. Against Army, he led his unit to 70.

So he should be named the ACC Player of the Year. But even if he isn’t, we all know he’s been the best player in the league. We’re biased, but we also know it’s true because we’ve watched this guy perform like a quarterback genius.

But let’s move on from the individual accolades he so richly deserves. There’s a game to be played this Saturday in Charlotte against Pitt for the ACC title. It’s fitting the game is in Charlotte because that’s where Sam led Davidson Day School in Charlotte to a state championship.

He’s coming home. And so are all of us Wake Forest football fans who’ve been on this joyride the past three months. All of us coming home to be in Charlotte for all the festivities that will be rocking on Friday and Saturday in the run-up to kickoff Saturday night.

And Brian Piccolo will be coming home with us. The Hands of Time will be playing in our minds as we all get together as one big fortunate football family, more hopeful than we’ve ever been in our lives because of this feisty, fearless and fabulous football team. 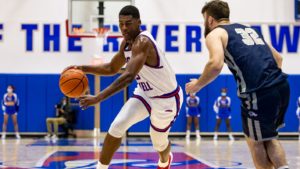