Tip Your Hat to The Most Bizarre Man in Sports 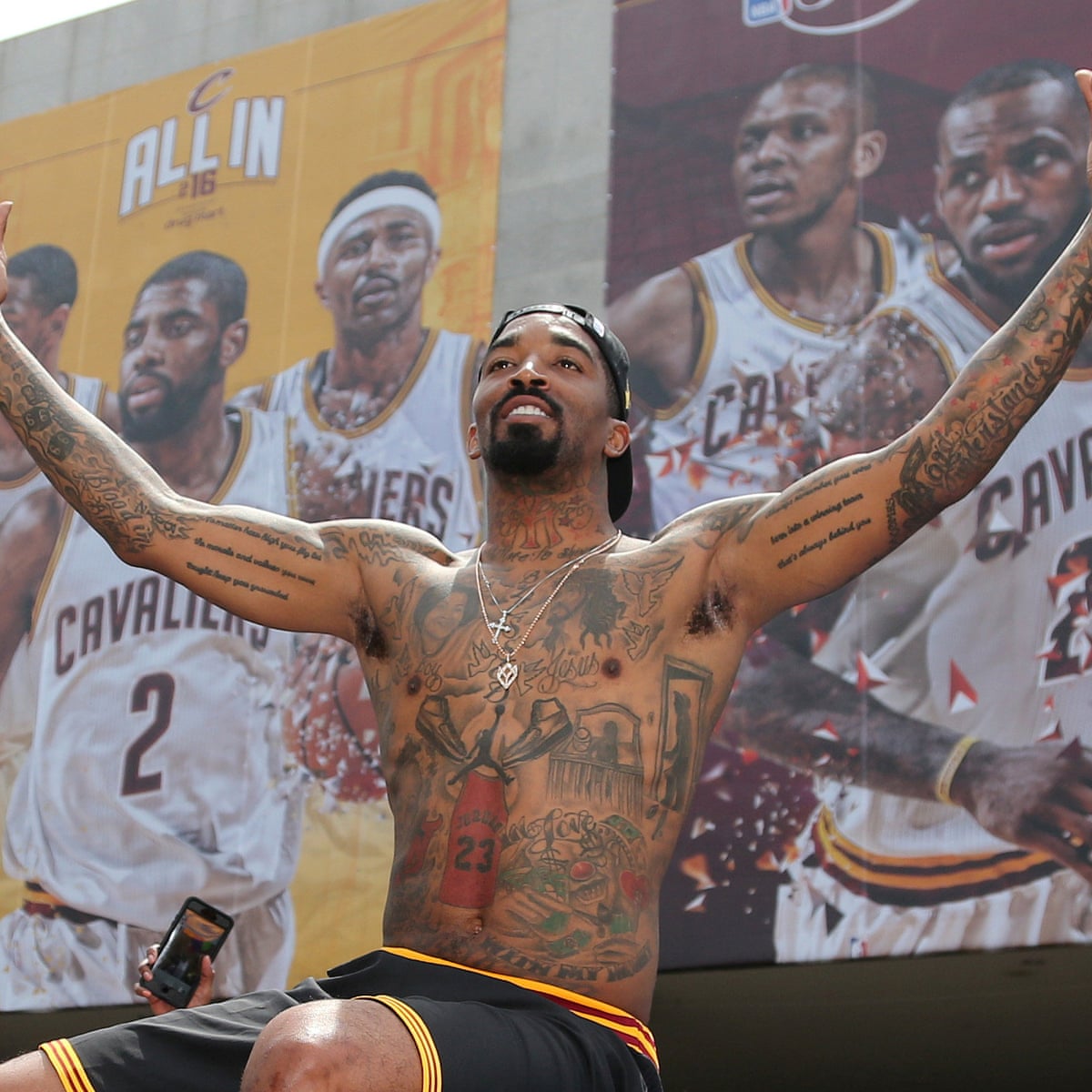 Long ago in a distant time and place, he became a basketball star of great renown in the controversial and embattled state of New Jersey. Get ready to tip your hats folks.

Being so great, he decided he didn’t want to go to college and signed up for the NBA draft. It took him a little while, but eventually, he made a name for himself as a streaky shooter from way downtown, making five in a row in a game and then missing 35 in a row for the next three.

To build up his tough and wild guy image, he then went to the tattoo parlor and asked the artist to cover his entire chest and arms and back with all sorts of wild ass tattoos. Who knows why? Who knows what the tattoo images were supposed to show?

He didn’t really know or care. He was in the NBA, a star, making millions of dollars, so he just made his body a canvas for an artist to go wild with his imagination.

We all got to see all these tattoos when he stood on a car in the Cleveland Cavaliers parade as NBA world champions. He wore his basketball shorts and nothing for a top. Bare-chested, shirt off, showing off his tattoos and looking like some guy you want to be careful around because he was clearly a little bit – if not completely – crazy and bound to do anything at any moment.

All across the world he made a name for himself as a guy who took off his shirt during NBA title parades, had more tattoos than anyone else in the world, and made crazy ass long bomb shot every few games but really quite inconsistently.

But all that craziness ended a few years ago.

He got serious about something else: His golf game. He practiced golf day after day until, one day, it occurred to him to take his golf talents to college and try out for the college golf team at North Carolina A&T.

He made the team. Sure he’s nearly 20 years old than all his college-age teammates but he doesn’t really care. He never cares much about anything that normal people care about.

But whatever. Playing golf for a college golf team after spending most of your life as an NBA long-range inconsistent shooter all tattooed up is not really a normal path for anyone to take.

But this is not a normal guy. This is a maverick, a dude with a different approach to everything.

So far he’s shooting really high scores and not adding anything to the college team in terms of helping boost the team’s ranking.

In his first tournament, he stepped in a hive of yellow jackets while looking for his ball in the woods. Bees. Bees. Bees.

He finished the tournament with a score of 27 over and 81st place out of 84 golfers.

But he’s creating quite a stir. What a story? What a concept? NBA player for many years goes back to college and joins the golf team.

It’s never been done before. It will never be done again.

Only this man, only this cat, would pull out this kind of stunt.

He’s from another time, of a different mind, and living a life that none of us can relate to and never will. But let’s tip our hat to this most unusual person who may be golfing for his college team for the next 25 years. Or 25 days. Or 25 minutes. None of us would be surprised either way.

This is your bizarre man…