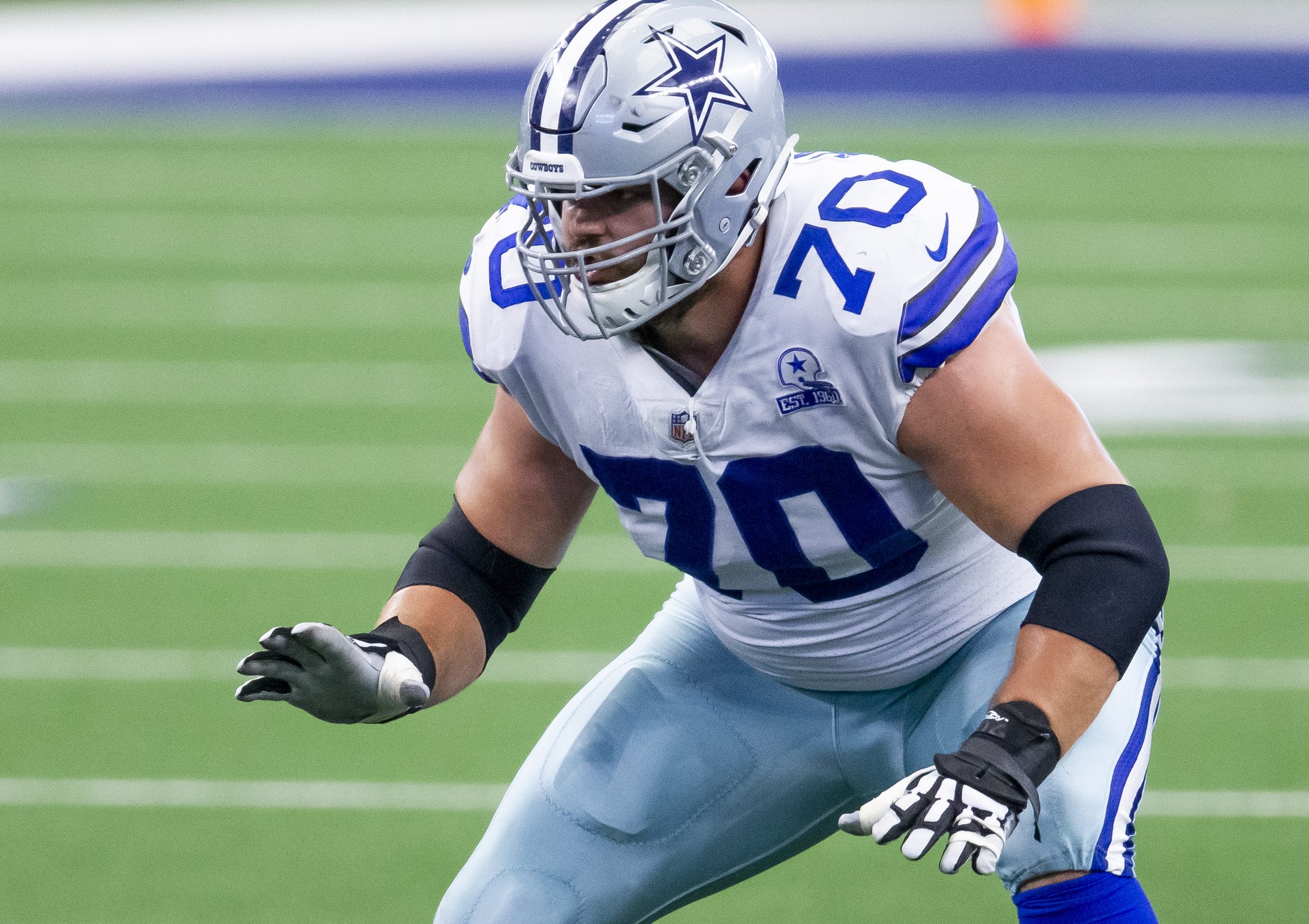 Zack Martin was an ironman for the Dallas Cowboys over his first six seasons (2014-2019). He started 94 out of a possible 96 games and established himself as the NFL’s top guard.

The 2020 season wasn’t so kind to Martin. He missed significant time for the first time in his career with a concussion and a strained calf. Despite his setbacks, Pro Football Focus saw enough to rank him No. 13 on their 50 best players in the NFL list.

“The Dallas offensive line fell apart last season, but Martin was still playing his best football right up until getting injured, even when he kicked out to right tackle. Martin earned a PFF overall grade of 91.3 at the time of his injury, allowing just 13 total pressures across 10 games. He has now allowed just one sack in two years for the Cowboys.”

Martin has been the best offensive lineman in Dallas since he arrived seven years ago. He’s made six All-Pro teams (four first-team, two second-team) and received six Pro Bowl nods. Playing the guard position means he’s responsible for keeping pressure off of Dak Prescott up the middle which is a quarterback’s worst nightmare. Also, his ability to manhandle defensive tackles provides running lanes for Ezekiel Elliott to wear down defenses.

The Dallas Cowboys are looking to bounce back from a disappointing 6-10 campaign last season. The health of Martin along with Tyron Smith and La’el Collins who missed 30 games combined in 2020 themselves, will be vital in making the Cowboys competitive in their division and the entire NFC.