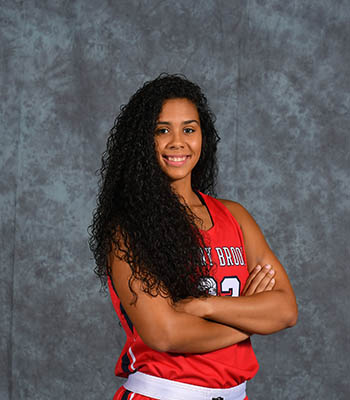 Playing basketball in the states for a woman does not necessarily lead to many opportunities, if any, once your playing days are finished. Going overseas, for the most part, is the best way to continue playing the game. Every four years, there is one stage that can lead to something if you know how to take advantage of it. That stage is the Olympics. India Pagan is trying to make the most of a once-in-a-lifetime moment. This summer the Stony Brook forward, who is from New London, CT., is on the roster of the Puerto Rico Women’s National Team that will be a part of the Summer Olympic Games in Tokyo Japan. Pagan becomes the first active student at the America East school to take part in an Olympics.

Pagan’s journey began back in the spring after her college season came to an end. She was invited to try out for the national team in hopes of making it and playing in Japan in late July. She accepted the invite and would make the roster when the final cuts were made. In college, she played four years for the Stony Brook Seawolves in America East. This past season, Pagan reached the 1,000 point milestone on Jan.17 at New Hampshire. She would complete her senior campaign with the highest field goal percentage in program history (.512, 460-for-899).

India was named player of the week on Feb.1 after scoring a combined 37 points in a weekend sweep of Hartford in late January. After being named to the Preseason All-Conference team, Pagan was named to the Second-Team All-America East team. The Seawolves finished the year with a 15-6 record and would make the NCAA Women’s Tournament where they would lose to Arizona in San Antonio by a 79-44 score. In 12 minutes of action, Pagan would manage only two points (1-of-2 from the field).

After the disappointment of the loss in the tournament, India began to turn her attention to the National Team. Coming off the bench, she helped her team earn a silver medal in the FIBA Women’s AmeriCup averaging 2.4 points per game in 12.9 minutes. The team went 5-2 in the event losing twice to team USA, who would win the event. Now it is on to the biggest stage that any athlete can find, the Olympic stage, and a chance to earn a medal in the sport of basketball for her country.

She and her teammates will head to Spain for a scrimmage against Spain on July 10 before the Olympic basketball tournaments begin. When the experience is over, Pagan will have a decision to make. She can return to Stony Brook and play what would amount to a grad year for the Seawolves, or she can pursue another avenue to keep playing the game. Either way, India Pagan is about to be a part of something that most can only dream about. She is going to be a part of the Olympic Games. 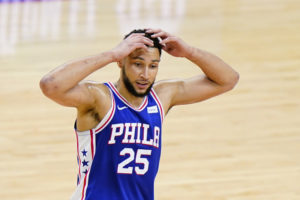 Next post NBA News: Ben Simmons is on thin ice in Philadelphia!