NBA: The Most Underrated Duo in the League 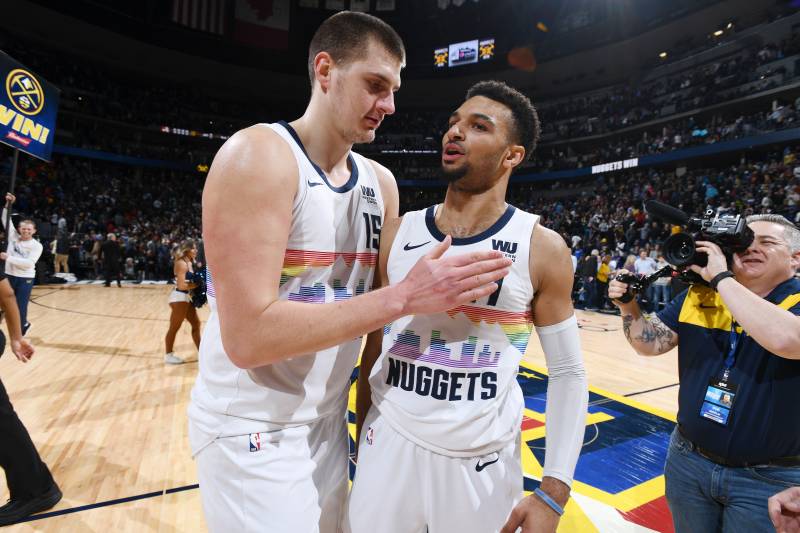 If all goes according to plan, 22 of the Orange Roundball League’s 30 teams will tip-off the last eight “seeding” games of their 2019-20 NBA regular season in just a couple of weeks inside the ‘bubble’ at Walt Disney World Resort in Orlando, Florida.

The COVID-19 pandemic isn’t showing signs of slowing with a bevy of Americans throwing their face-masks to the wayside. Currently, Florida is getting absolutely hammered by the virus’ spread. Goodness, gracious. Let’s thank our lucky stars for the NBA bubble plan. It isn’t the greatest plan, and it certainly isn’t foolproof, but it’s the best we’ve got with the hopes of a restart.

Among the teams vying for a Bubble Championship in this season’s edition of the NBA Playoffs, there’s a supreme duo trend evolving.

Pardon the nickname-a-palooza. Some of these stars are aptly nicknamed, and some of them are coined with my very own. There’s the Los Angeles Lakers’ LeBron “King” James/ Anthony “The Brow” Davis duo, the L.A. Clippers’ Kawhi “Enormous Paws” Leonard/ Paul “PG-13” George pair, and the Milwaukee Bucks’ Giannis “Greek Freak” Antetokounmpo/ Khris “Khash” Middleton combo. Let’s not forget the Houston Rockets’ James “The Bearded Wonder” Harden/ Russell “The Roadrunner” Westbrook duet. Maybe we should. Russ is currently quarantining in Texas due to his recent coronavirus diagnosis, but his return to the hardwood in Orlando is inevitable. We just don’t know when.

What duo have I failed to mention? Hmmm. The dyad that’s Jamal “Blue Arrow” Murray and Nikola “The Joker” Jokic of the Denver Nuggets. The NBA’s most underrated duo. Mr. Murray wasn’t sure at first, but ‘The Joker’ is thankfully back in the fold. After testing positive for COVID-19, and waiting overseas in his home country of Serbia, Nikola is finally in Orlando.

Murray and Jokic’s uniqueness as a lethal match stems from their ability to find each other unselfishly with their passing prowess. Playing the center position, Mr. Jokic is without a doubt the best passing big man in the game today, and Mr. Murray can thread the proverbial orange roundball needle at either the point guard or shooting guard position.

Jamal and Nikola are both triple-threat superstars with the orange, meaning that either stud can drill a jumper off their own dribble, put the basketball on the deck en route to the rim, or find an open teammate with a sweet dish.

Murray, the 23-year-old young pup from Kitchener, Ontario, Canada, has always played second fiddle to Jokic, but the Nuggets are even more dynamic and dangerous when Jamal takes center stage. That’s correct. When Mr. Murray is Denver’s No. 1 option on offense, and Mr. Jokic is the second choice, the Nuggets become offensively extraordinary.

Even though Nikola can play from the perimeter, he’s a more viable triple-double machine when he’s playing inside-out basketball. Utilizing his size and strength at 7-foot-0 and 253 pounds, Jokic can control the paint as well as the glass. When the 25-year-old from Sombor, Serbia, is working from the inside to the perimeter, he’s essentially unstoppable. Bang near the basket first, pass out of the double-team second, and let the orange fly from 12-plus feet last.

As for Murray, when he’s the primary ball-handler from the point, the Nuggets are able to space the floor with greater ease. Better spacing allows Denver to run their offense more efficiently, and when the shot-clock is winding down, Jamal owns the squad’s primary jumper off the bounce.

Add a deep and gifted roster from top to bottom, along with the shimmering Jamal Murray and Nikola Jokic pairing, and in my biased opinion (I’ve been a huge fan of the Nuggs dating back to the early 1990s), the Denver Nuggets can beat anyone in the NBA in a seven-game playoff series.