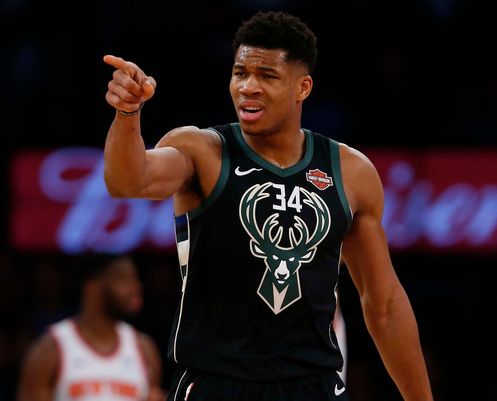 I’ve been chomping at the bit to write about this stud for a while. Say hello to Giannis “Greek Freak” Antetokounmpo, basketball fans. This freak of nature stands 6-foot-11 and weighs a muscular 242 pounds. How about his wingspan? Well, it’s 7-foot-3 which literally takes my breath away. Can I say goodness, gracious? Apparently, I can. I just did.

Born in Athens, Greece, this young 24-year-old power forward-guard hybrid paves the way for the Milwaukee Bucks (44-14) in the Orange Roundball League’s Eastern Conference. Genetically superior, the perfect specimen of a man, talent beyond belief. All of these fittingly describe Giannis.

In the NBA’s East, Mr. Antetokounmpo may very well be the difference between the Bucks’ supremacy versus that of the Boston Celtics (37-22) and Toronto Raptors (43-16). There’s absolutely no doubt in my mind that the East will be won by one of these three teams. Because Milwaukee owns the rights to Giannis, look for them to grab the No. 1-seed out East at the conclusion of the regular-season. NBA action is hot right now, folks. After the All-Star Break, all 30 teams in the league are looking at approximately 24 to 25 games remaining to make their mark. With an 82-game schedule, the time is now for Giannis and the Bucks to take the East by the horns.

Right out of the gate after the break, the Celtics and Bucks faced-off last night in Milwaukee. Giannis simply dominated with 30 points, 13 rebounds, six assists, and one steal for good measure. The Bucks held on for a tight 98-97 victory. On the season, the Greek Freak is putting up gaudy numbers to the tune of 27.2 points, 12.7 rebounds, and 1.4 blocks per game.

Built like a Greek God, Giannis Antetokounmpo has all of the gifts to propel the Milwaukee Bucks to the pinnacle of the NBA’s Eastern Conference. Currently rolling along with the best record in the league, there’s no telling how far the Bucks can go come playoff time.

I’ll leave you with this ridiculous dunk off a phenomenal Stephen Curry pass in the 2019 NBA All-Star Game from the Queen City in Charlotte, NC. Wow. 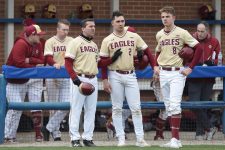 Next post BC Baseball Returns to Bethune-Cookman for Three