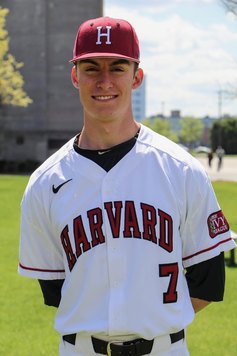 Andover’s Bravo returns to Fraser Field for the second straight summer following his sophomore season with the reigning Ivy League champion Crimson. The 6-foot-5, 200-pound Austin Prep product hit .227 with two doubles and one RBI in six games this spring after tying North Shore’s single-season franchise record with eight home runs last summer and adding a game-deciding shot late in a playoff victory against Nashua. He also posted eight doubles, 26 RBI and 31 runs scored during his first year as a Navigator. 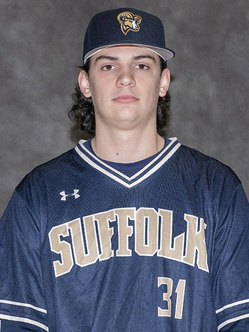 After emerging as one of the Navs’ key relief pitchers in 2019, Browne returned to Suffolk to serve as team captain and primary starter for the first time in his collegiate career. The Shrewsbury native and Saint John’s High School graduate posted a 2.29 ERA and held opposing batters to a .213 combined average across his 18 regular-season and playoff appearances last summer after going 3-1 with two saves during his second year as a Ram. He made three starts for Suffolk this spring, striking out 10 over 13 innings.

The North Shore Navs are now preparing for the 13th season of collegiate ball at Fraser Field and their ninth in the Futures League, which will begin on a date to be determined this summer. Stay up to date on the latest Navs news by visiting nsnavs.com and following us on Facebook, Twitter, and Instagram