Meier made an immediate impact during his freshman season with the Cardinal as he started four of the six games in which he pitched. The 6-foot-1, 202-pound Belmont native went 1-2 with a 3.07 ERA over 14.2 innings of work, striking out 11 while holding opponents to a .218 batting average. He capped off his high school career as a two-time Independent School League All-Star and 2019 Perfect Game First Team All-Region performer for Lawrence Academy in addition to representing the Northeast in the 2018 Area Code Games. 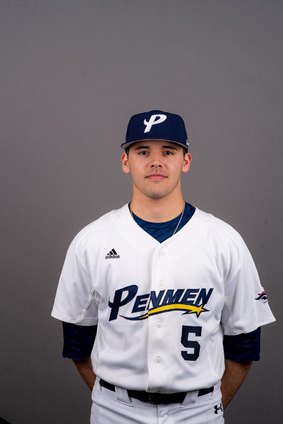 Alexy was a walk-on pitcher at Wentworth Institute of Technology in 2018 before transferring to the Division 2 Penmen this season. The former two-sport captain at Newton North High School enjoyed an outstanding start to his SNHU career, striking out five and walking just one over 5.2 hitless and scoreless innings. His partial season included a five-out save against Bridgeport in February and appearances against nationally-ranked Colorado Mesa and New York Tech.

The North Shore Navigators are now preparing for the 13th season of collegiate ball at Fraser Field and their ninth in the Futures League, which will begin on a date to be determined this summer. Stay up to date on the latest Navs news by visiting nsnavs.com and following us on Facebook, Twitter, and Instagram.

Let's GO BABY HPS Back In Businsess! NGSC Sports Where we never stop