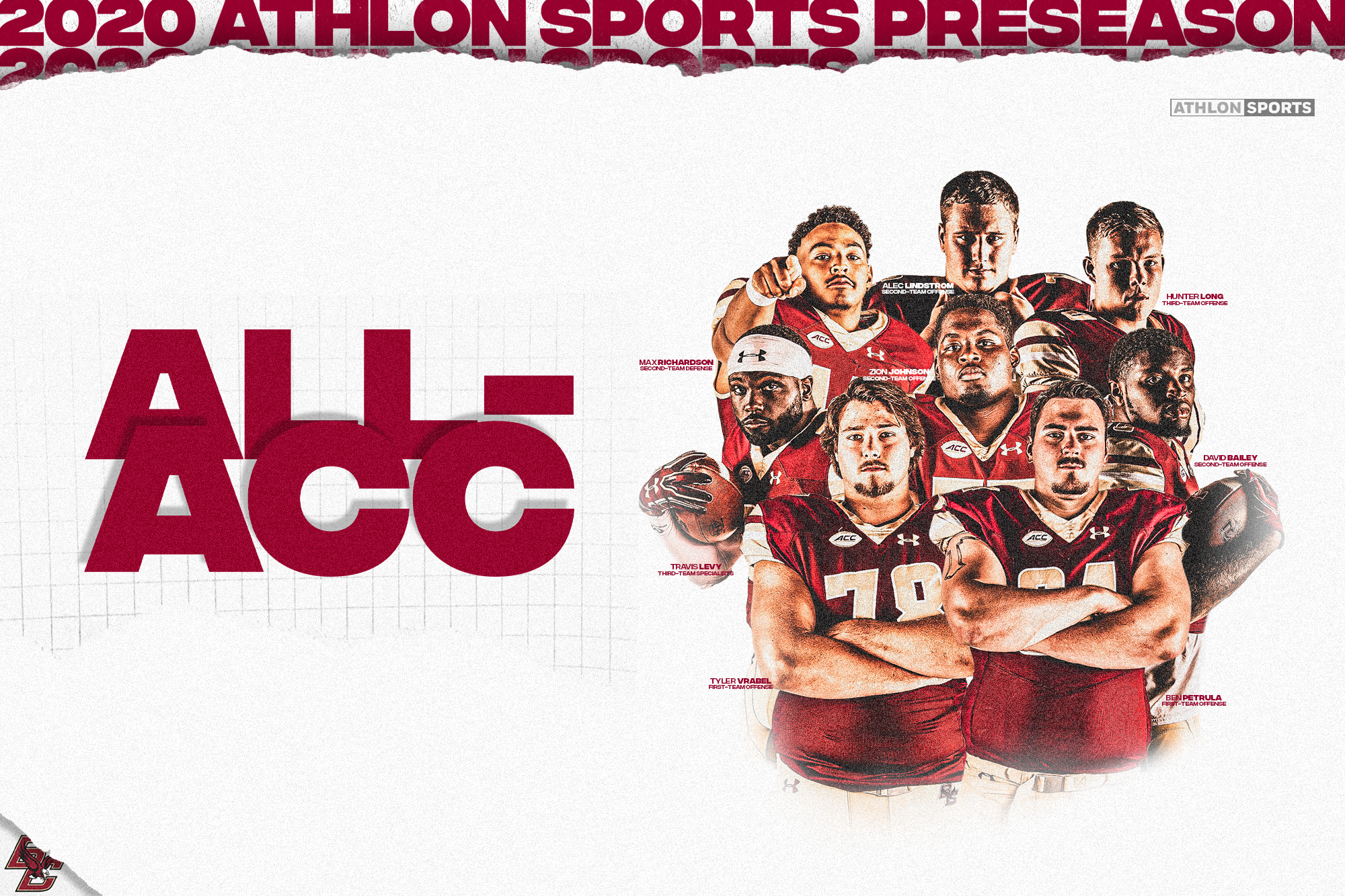 Vrabel was named a Freshman All-American by The Athletic after the 2019 season. Vrabel, who started all 13 games at left tackle for the Eagles, was named All-ACC honorable mention by the league’s coaches and media last season.

Petrula started all 13 games at right tackle in 2019. He allowed just one sack on the season and captured All-ACC honors from the league’s coaches and media.

Junior running back David Bailey captured All-ACC second-team preseason honors from Athlon after a breakout sophomore campaign. Bailey led BC with 5.7 yards per carry and finished 2019 with 844 yards rushing and seven touchdowns.

Senior offensive guard Zion Johnson was named to Athlon’s All-ACC preseason second-team after becoming one of the league’s top offensive linemen in 2019. Johnson started seven games but played 90% of the snaps at left guard. A three-time ACC Offensive Lineman of the Week selection in 2019, Johnson was a key member of a BC offensive line that was among the national leaders in sacks allowed and rushing yards.

Redshirt junior Alec Lindstrom was named to Athlon’s All-ACC preseason second-team offense. In 2019, Lindstrom was named All-ACC third-team center by the league’s coaches and media. In his first year as a starter, Lindstrom was a vital part of a BC offensive line and missed just one snap the entire year when the starters were on the field.

Redshirt junior tight end Hunter Long was named to Athlon’s All-ACC preseason third-team offense after an impressive season as a sophomore. Long was an All-ACC third-team pick in 2019 after finishing the season with 28 receptions for 509 yards and two touchdowns.

Senior kick returner Travis Levy was named to Athon’s All-ACC third-team as a specialist. Levy was second on the team last season with 1,059 all-purpose yards and led the Eagles in kickoff return and punt