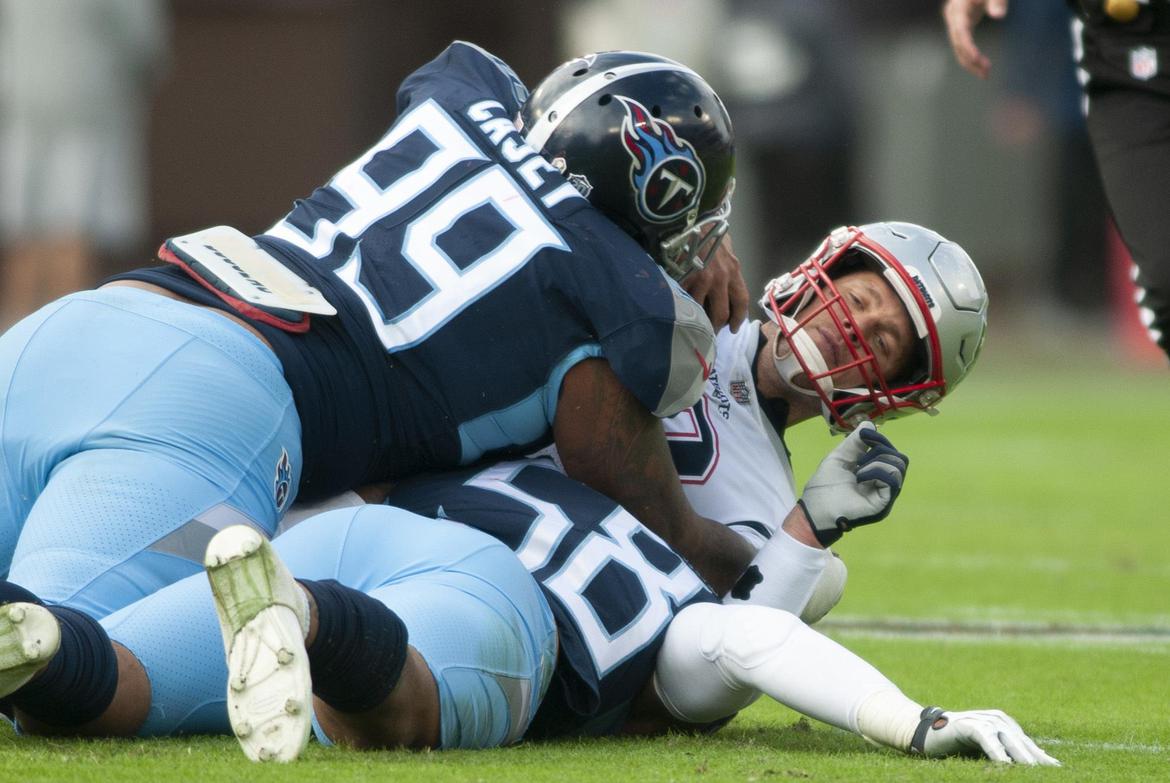 Robust linemen Jurrell Casey and Christian Covington are most certainly welcomed additions to the Denver Broncos’ defense. As mentioned in my article from a week ago, along with the re-signing of centerpiece nose tackle/ defensive end Shelby Harris, these hunks of love will provide much-needed beefiness and first-rate talent to Denver’s front. With the Broncos already having an intimidating D-Line, Casey and Covington will add some extra pop to the rotation. Expect these fellas to be deeply embraced by Broncos Country.

Denver acquired Mr. Casey from the Tennessee Titans for a meager seventh-round pick in the 2020 NFL Draft. Wow. That’s insane. Ask Broncos’ general manager and president of football operations, John Elway, his thoughts on their ‘steal’ of Casey.

“We’re excited about [how it] unfolded,” Elway said, via the team website. “You never know. We still have to go win football games. But it was a good start for us this offseason with A.J. Bouye, trading for him at the corner position and then Jurrell Casey, trading for him at the defensive tackle position that we needed and steal a very, very good football player, a five-time Pro Bowler.”

For Tennessee, this was a salary-dump. Casey is due $11.85 million in base pay for the 2020 season, and the Titans simply couldn’t afford him. As for Denver, Mr. Casey’s wages won’t tie the franchises’ hands.

In this YouTube video, this grown man shows you his sheer size, strength, motor, and ludicrous in-game speed in pursuit of the pigskin.

Head coach Vic Fangio must be performing proverbial cartwheels inside of Broncos Headquarters in Englewood, CO. In Mr. Casey’s nine-season career in the league, he recently experienced his fifth-straight Pro Bowl. If that’s not getting better and better as your career unfolds, I don’t know what is. Yikes. Now, Jurrell belongs to the Broncos. Imposing at 6-foot-1 and 305-pounds, Casey (DE/ defensive tackle) has tallied a gaudy 493 total tackles, 51.0 sacks, eight forced fumbles, and five fumble recoveries during his NFL career. With 52 tackles and 7.5 sacks, including the playoffs in 2019-20, Jurrell was an integral force in helping the Titans advance to the last season’s AFC Championship Game. This is what Denver’s getting with Mr. Casey, my friends.

What about Mr. Covington? After a one-year stint with the Dallas Cowboys last season, Covington now dons Orange and Blue on a one-year, $1.5 million deal. A product of gorgeous Rice University in Houston, TX, Christian was issued his very own stay-at-home order when he was drafted by the hometown Houston Texans in the sixth round of the 2015 draft. Mr. Covington spent his first four seasons in the NFL in Houston and joined Dallas with a one-year contract in 2019.

Hitting you in the face at 6-foot-2 and an even 300-pounds, Christian demonstrates raw power, quickness, and exceptional field presence en route to his path of destruction. Eating up 93 total tackles, 8.5 sacks, one forced fumble, and one fumble recovery in his career in the league, Mr. Covington will be a valued commodity in Denver’s rotation on the defensive front. Christian will team up with Mr. Casey, Mr. Harris, Mike Purcell, Dre’Mont Jones, DeMarcus Walker, and third-round draft pick McTelvin Agim.

Along with otherworldly linebackers’ Von Miller and Bradley Chubb, utilizing a 3-4 scheme with their front seven, say hello to the new Orange Crush Defense. Until next week, be smart, stay safe, and stay healthy.