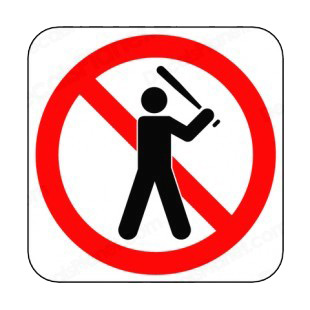 Under normal conditions, the first weekend of the Major League Baseball season would have been played by now. And by the end of this week, the Minor League season would have gotten underway. However, neither will start on time, or in the worst-case scenario, never play at all. Baseball, like the rest of life as we know it, is on hold and nobody knows how long. Word from the Commissioner’s office is hopefully, baseball is back by Mid-May. Even if that ends up happening, there are issues that need to be addressed for the safety of the players and fans. Last week, the players union and MLB got together to try to solve some of these issues and based on reports that leaked out, progress was made.

Both sides are interested in playing as much of a full season as possible which could mean playing regular-season games into the month of October. That could mean playoff games lasting into November. While nothing has been agreed upon, because no one knows when the season will begin, a shorter schedule is not out of the question. Something like 100 games max with no interleague play could happen. That would allow for playoff games to stay away from being staged at neutral sites. For the minor leagues, the schedule issue becomes more of a problem since all minor league regular seasons are set to end on Sept. 7, which happens to be Labor Day. There is a thought that the minor leagues could be sacrificed because of a lack of time to play it. And with the labor agreement between the two parties set to run out on September 20, it might lead to more of a problem between the two sides. There is also the debate of playing games in empty ballparks and if that’s a good or bad idea. Also, there would be the question if T.V. would be on board with this.

The draft is another matter that is being looked into. MLB is thinking of pushing the draft back to the month of July and shorten it as well. Under normal times, this process takes place in early June as the NCAA begins to play in the College World Series. But the college baseball season was canceled because of the health problems that have crippled the county. Major League Baseball is looking to change the date and drop the number of rounds from the normal 40 rounds to as little as five. By doing this, it would save owners plenty of money in signing bonus payouts and create a large pool of free-agent high school and college players. For the high school players, it would mean deciding between going to college or joining the draft.  With the NCAA considering granting an eligibility relief year to all spring players because of the canceled season, it means that draft-eligible players in college also have a major decision to make.

The only thing that is clear is all MLB players that were to become free agents when the season ends can still do so. That’s because the league and the union have agreed not to delay service time for players. So for guys like Mookie Betts who were set to become free agents, they can still do so even if no games are played.  For now, the most important issue to agree on is to play or not to play and that is not that simple to answer.