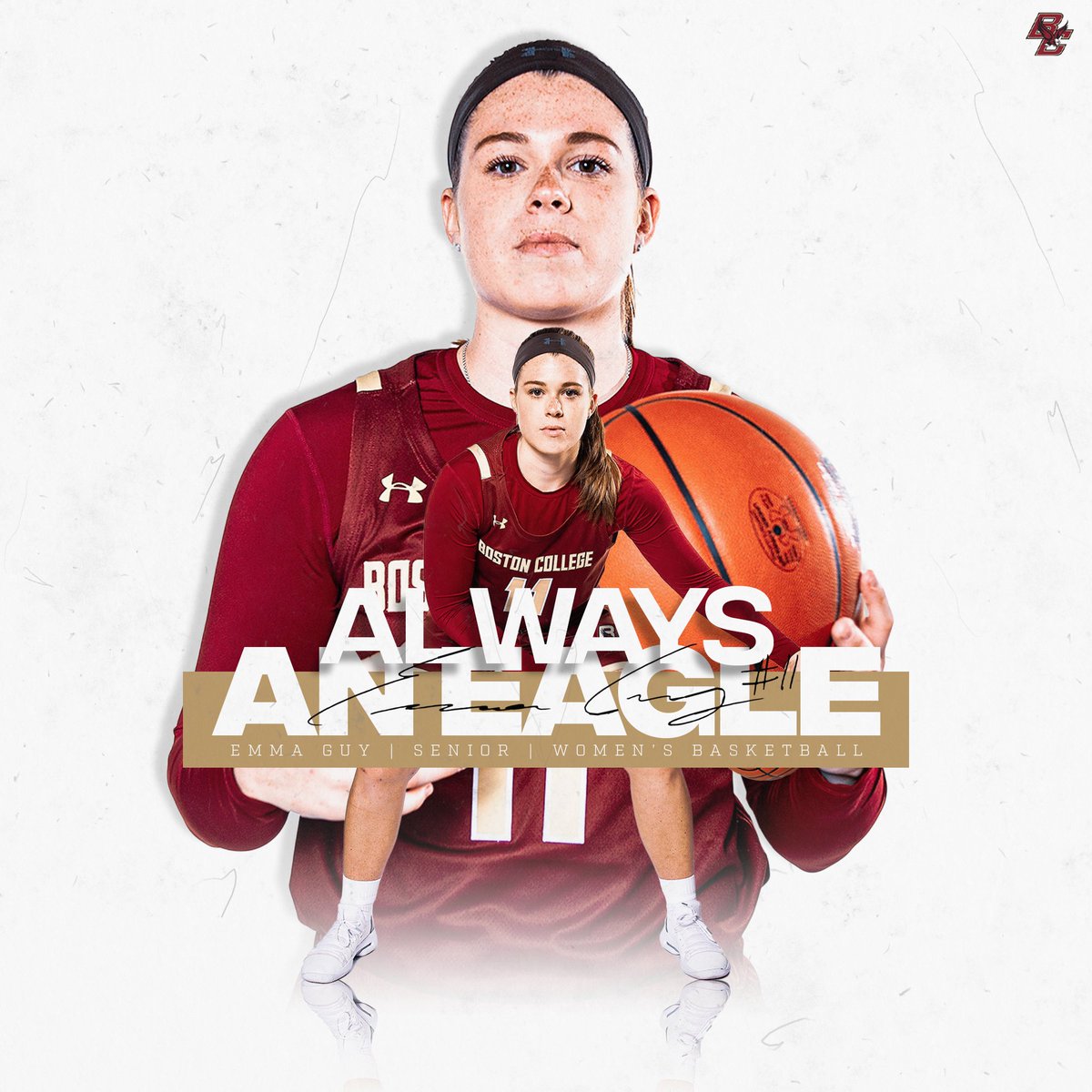 “Always An Eagle” is a new series written by Boston College senior student-athletes, many of which have seen their seasons end prematurely due to COVID-19. The first edition is written by women’s basketball senior Emma Guy.

It was all true, and it contributed to the most unforgettable senior season I’ve had the privilege of playing in. From beating No. 14 Florida State to the buzzer-beater against Notre Dame to the comeback win against Duke in the quarterfinal of the ACC Tournament. I can truly say that this season was a Cinderella Story for us.

I was on a high after the ACC Tournament – in fact, we all were. After our stellar and unpredictable performance, we had the chance to make the NCAA Tournament. That was our main goal for the past two years. All of our hard work, the blood, the sweat, the tears, and even the laughs, had led us to achieving our one and only goal – the NCAA Tournament.

And to think that we finally did it was an amazing feeling.

If someone had told me that our team’s accomplishment would be taken away in less than a week due to a global pandemic, I would have said they were crazy.

Last Wednesday, March 11, I went back to my dorm after our team practice. We were preparing for postseason play. The team was focused and ready to make some noise. About an hour after practice at around 4 p.m. in the afternoon, Boston College sent out an email that ordered all students to leave campus by Sunday the 16th. I felt like my entire world froze.

Everyone around me was hysterical. My roommates were crying, neighbors were coming into our room and our team started texting one another nonstop. All I could feel at that moment was anger. My senior spring semester was taken away by an email. I was angry that I would have to say goodbye to my roommates and closest friends in four days. I was angry at not being able to enjoy my last remaining months as a senior.

I immediately called my dad when the news broke. I was fuming talking to him and explained how school was canceled and that someone had to come to get me by Sunday. I called Coach Mac (head coach Joanna Bernabei-McNamee) right after because I didn’t know what this meant for our team. We couldn’t leave knowing we still had games to play in March. Our hopes were still high, even though we subconsciously knew that everything was coming to an end.

The next day, March 12, we had our last practice. We all knew it was over even though the NCAA hadn’t canceled anything yet. By this time, all the professional leagues were suspended and the ACC released a statement stating that all organized practices were suspended. We knew we were done.

We were lucky enough to have a final practice. It is exactly how I would have wanted our last practice to be. We played a lot of games, joked around, and enjoyed the time we had left together. At the end of practice, we all huddled up, the team, coaches and even our managers. We cried and laughed together for the last time in Power Gym.

Later that day our Director of Athletics Martin Jarmond held a student-athlete meeting to discuss what was happening. In the middle of that meeting, the NCAA released the announcement that all winter and spring championships were canceled. More tears and more heartbreak – just like that, our season was over.

The last five days on campus were spent trying to fit two months of time with my teammates, friends, and roommates. We had fun, but as the days passed, the inevitable was bound to happen. I was consumed with sadness the last day as I said goodbye to the people I called my family for the past four years. It didn’t get any easier when I had to leave campus, my home for four years.

The most heartbreaking for me was I had to leave my team and college basketball in the most abrupt manner. We were nowhere near close to being done and the disappointment and sadness could be felt throughout the team. That’s how you know we were all so close. We all loved each other like a family and I believe that was the reason we had a Cinderella season.

Yes, we fought like any other family, but in the end, we loved and trusted each other. That is what made saying goodbye so hard. Whether it was now or two months from now, saying goodbye would have been just as hard. COVID-19 just sped up the process.

I understand how serious this virus is. If leaving behind everything in an abrupt manner means that one of my teammates or our student body remains virus-free than I’m okay with it. This is a serious matter the world is facing and it is our duty to do what we can to contain it. Giving up two months of my senior year is small. I do have the three and a half years full of amazing memories as a student-athlete at Boston College.

So thank you for giving me the time I had, it was truly unforgettable.