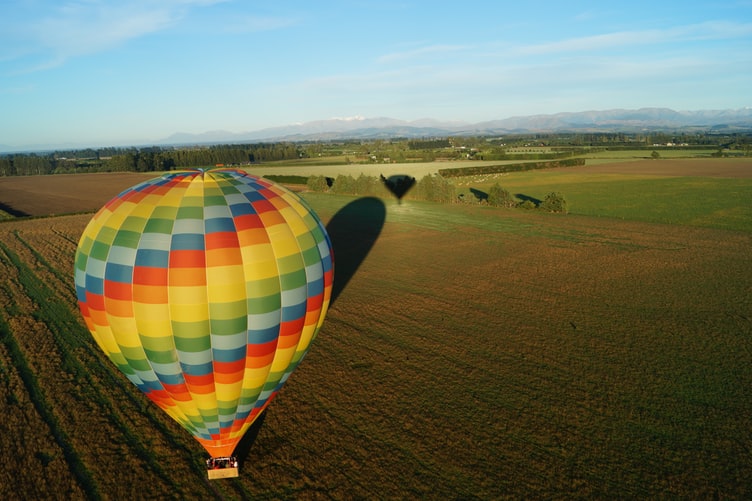 Bledsoe’s house reeked of the smell of marijuana.

Robert Kraft didn’t care that Drew had sneezed on his face. Like a deflated football, hope for him had lost its air.

All potted up, Ricky Williams lounged in Bledsoe’s master bedroom. He stared out a large window.

“Am I hallucinating?” he thought to himself. “Or is that a multi-colored air balloon about to land in Bledsoe’s vineyard?”

He stood and took a closer look. Yep, two guys were in the balloon sprinkled with all sorts of 1960s psychedelic colors.

He left the room, walked downstairs, and shouted around the house. “Hey fellas, come check this out. Two guys just landed an air balloon in the vineyard.”

“You must be high, Ricky,” said Bledsoe. “That’s never happened before.”

“You are high, Drew, so how would you know any better?”

More pot in the vineyard?

“Did you say there’s more pot out in the vineyard?” asked Kraft as he strolled near the front door. “We need to smoke more weed.”

Out in the vineyard, the four wasted men strolled to within 30 feet of the balloon.

“Keep our social distancing at full tilt,” said Belichick. “Stay far away and yell at these guys.”

There was a tall white guy and a shorter African American guy. Both looked like athletes.

“Hey, we’ve been reading about you guys day after day on the Sammy Sportface blog as you have driving across America to come get me to play for the Patriots,” said Brady. “You guys are idiots. First of all, I want everybody here to know that I am the one most responsible for the Patriots winning six Super Bowls, not Belichick. Second, the XFL season is over because of the pandemic, so I won’t be playing in that league. And third, I will never play for the Patriots again.”

But we drove all this way?

“But Tom, we drove all this way to convince you that we need you on the Patriots,” said Kraft. “You would not believe what we’ve been through rubdowns, social distancing at McDonald’s, smoking a ton of pot with Ricky Williams, and drinking gallons of wine here at Bledsoe’s. The sacrifices we have made should show you how much you mean to me, personally, and the Patriots.”

“Speak for yourself, Bobbie,” said Belichick. “I am the most responsible for the Patriots winning the six Super Bowls. And I cut Brady because he stinks now. He’s of no value to me anymore so I threw him out. He’s roadkill as far as I’m concerned.”

Ricky pulls out a joint.

“Hey, what do you say we all get high and talk this over in a calmer manner. Things are getting a little tense.”

AB takes the joint and does a big hit.

Brady says pandemic has him leaning towards retirement

“With this pandemic thing going on,” said Brady, “I’ve been thinking of retiring. Maybe this is a sign that I should stop playing football. I think maybe it’s time to start getting high a lot.”

Brady takes a hit off the joint.

“Hey, do you guys realize that I’m the commissioner of the NFL and you shouldn’t be smoking dope with me around? There are rules against you guys smoking pot?”

“This pandemic is a game-changer, Roger,” said AB, who is starting to feel high. “The world’s previous rules no longer apply. All that matters is getting high.”

Bledsoe’s getting irritated with this whole dynamic.

“I should have been the starting quarterback for all those Super Bowls and not you, Tom,” said Bledsoe.

“Not anymore you aren’t,” said Belichick. “You’re no better than Drew now, and all he does is drink wine all day.”

The conversation is going nowhere. No one side will give in. They’ve reached an impasse. That’s what pandemics do. They cause you to reach impasses.

All of them realize that whatever psychological games they had been playing with each other the past several weeks are petty compared with the existential threat now tormenting the world.

The NFL and XFL have been rendered moot. Their lives once so filled with glory, glamour, riches, and selfishness have been crushed like grapes to make wine in Walla Walla, Washington.

“I’ve got an idea,” said Ricky. “Let’s all take a ride on the balloon and get even higher. It will be like a metaphor. Fly high in the air and fly high in our minds.”

“What about the social distancing?” asked Belichick. “We need to stay far away from each other, but on that balloon, we will have to be close together.”

“We’re all doomed,” said Ricky. “Social distancing doesn’t matter anymore. The NFL and XFL are over. So, our lives are over.”

“Where will we go?” asked Kraft.

“Once we get high in the air, we need to read what Sammy Sportface has to say,” said Ricky. “He will guide us the rest of the way, into our uncertain futures, into the Baby Boomer Brotherhood abyss.”