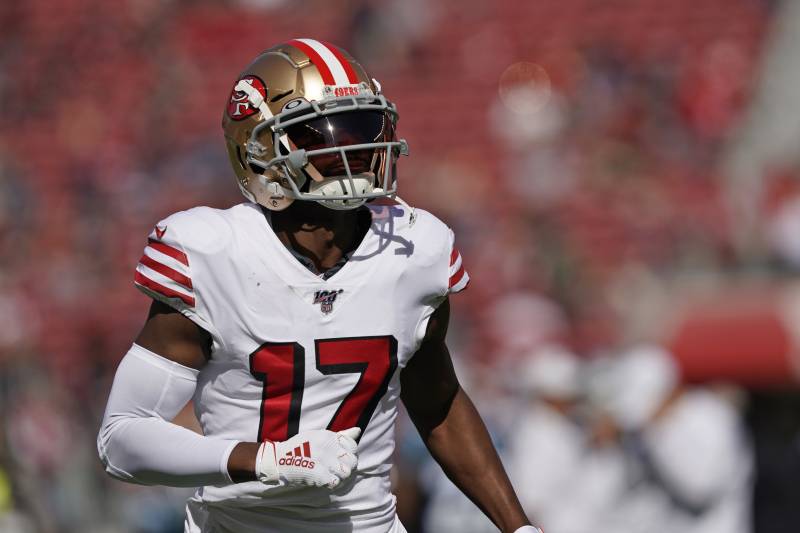 Now, the Cowboys have their eye on another veteran that would provide Prescott with another weapon. According to NFL Network’s Jane Slater, the Cowboys and wide receiver Emmanuel Sanders have an interest in a new deal.

The #Cowboys have expressed an interest in 2x Pro Bowler and former SMU wide receiver Emmanuel Sanders per a source informed. Sanders, last with the 49ers, trains in Dallas in the offseason and is equally interested in the #Cowboys I’m told.

Sanders is very familiar with the North Texas area. He was a standout at SMU and trains in the Dallas metroplex in the offseason. Also, he’s a native Texan, having grown up in Belleville, Texas, a city just west of Houston.

In 2010, Sanders was drafted in the third round by the Pittsburgh Steelers where be spent his first four seasons. His claim to fame, however, came during his time with the Denver Broncos. Sanders was a two-time Pro Bowler (2014, 2016), and won Super 50 with the organization in 2015.

Over his ten-year career, Sanders has compiled 601 receptions for 7,893 yards and 43 touchdowns. With the Cowboys losing Randall Cobb to the Houston Texans, Sanders would be a great replacement, and when you factor in Amari Cooper and Michael Gallup, the Cowboys would have a three-headed monster at the receiver position.

Stay tuned for more on this situation.