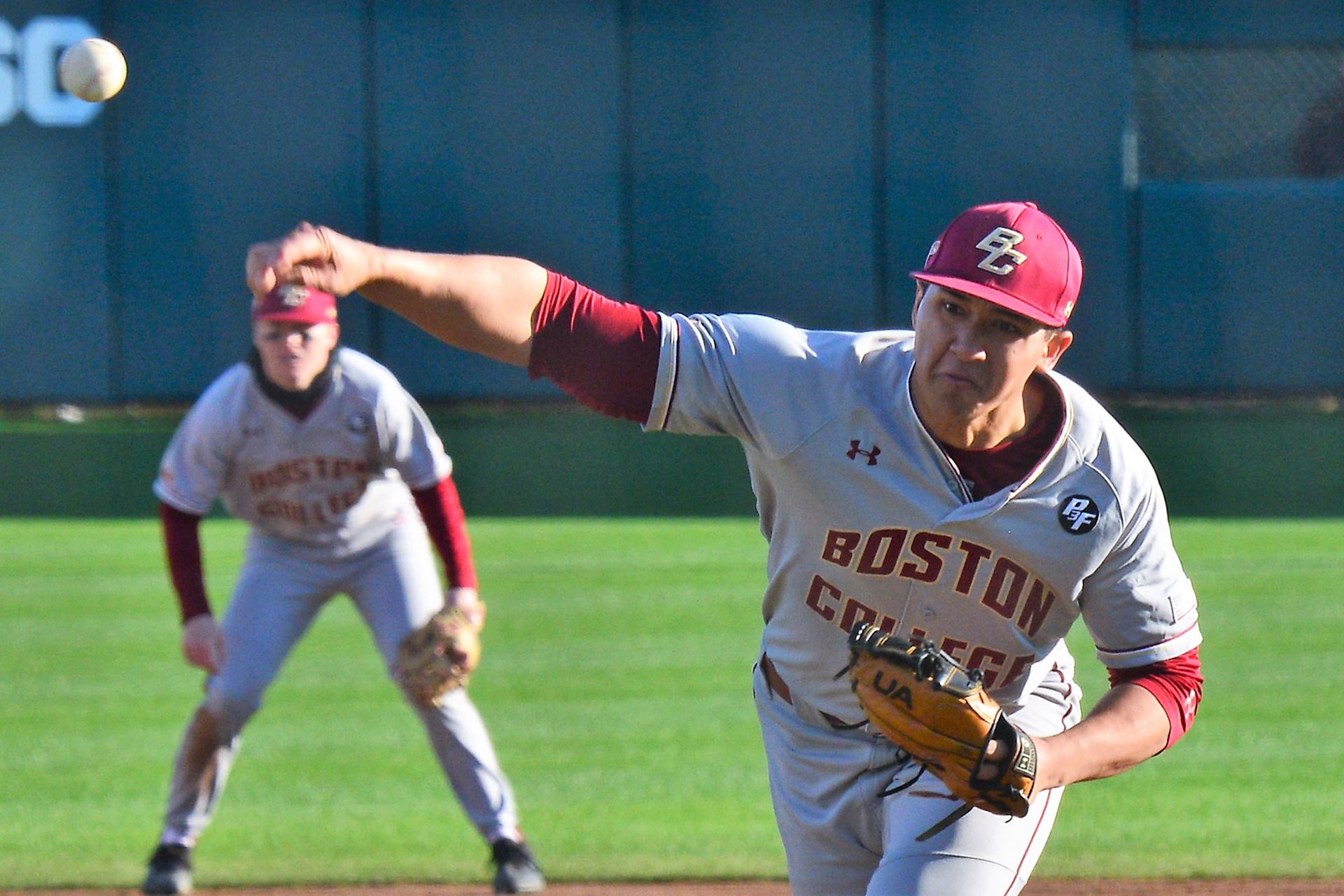 Clemson put a crooked number on the scoreboard in four of the first five innings, including a four-run fourth that broke a 4-4 tie.

BC erased an early 4-0 deficit after two innings, beginning with a leadoff-home run to right by sophomore catcher Peter Burns (Reading, Mass.) in the third. The Eagles then tied the game with a three-run fourth, including a RBI double by sophomore designated hitter Ramon Jimenez (Chicopee, Mass.) and a triple by Burns, who then scored the game-tying run on a wild pitch.

In the bottom of the fourth, sophomore RHP Joe Mancini (Fairfield, Conn.) put the first two batters on with a single and a hit-by-pitch but induced a crucial double-play ball. He nearly escaped without any further damage when CU second baseman Sam Hall popped a ball up to shallow center, but a dropped pop fly went down as an error and led to four unearned runs in the inning.

Mancini (1-2) lasted 4.2 innings and gave up 11 runs, seven earned. The last three of which all came when he exited the game in the fifth. He surrendered nine hits and four walks without recording a strikeout.

Right-hander Davis Sharpe was pulled after four innings for the Tigers. He was tagged for four runs, all earned, on six hits and a walk with four strikeouts. Fellow righty Carter Raffield (1-0) got the win in 2.2 innings of one-run ball.

·       Burns got BC on the board in the third with a leadoff-home run to right field.

·       Jimenez (double) and Burns (triple) picked up back-to-back extra-base hits to drive in a run in the fourth and Burns scored the tying run on a wild pitch.

·       Sal Frelick stole his seventh base of the season and 25th of his career.

·       Jimenez hit his fourth double of the season and seventh of his career.

·       Cody Morissette hit his team-leading fifth double of the season and 25th of his career.

·       Morissette recorded his sixth multi-hit game of the season and 28th of his career.

·       Morissette lifted his hit streak to a career-best nine games and matched his career-best reached base streak at 13.

·       Joe Suozzi collected his seventh multi-hit game of the season and 22nd of his career.

Game three of the series is set for Sunday at 1 p.m. Sophomore right-hander Emmet Sheehan (Darien, Conn.) goes to the hill for BC.