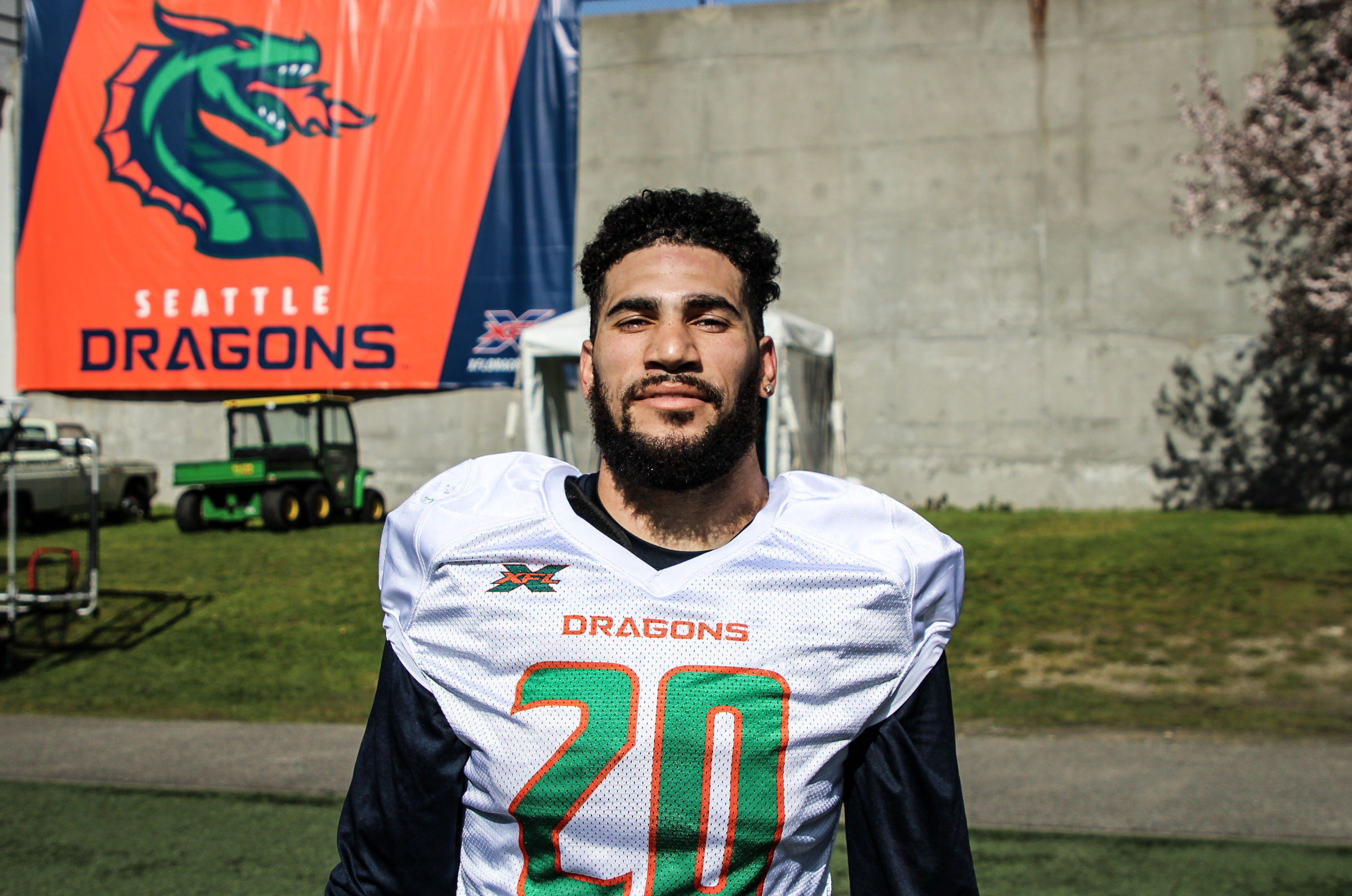 Heading into Week 5 in the XFL, the Seattle Dragons are 1-3 with some big question marks. They have a tall task at hand, 0-2 on the road and in Houston taking on the 4-0 Roughnecks.

“I think we all got a taste of potential and what we can do,” said Dragon running back and Houston alum Kenneth Farrow. “Even off of a loss, we saw things that we can execute and go in and take advantage of.”

The biggest question is who will be the starting quarterback? Brandon Silvers has been the guy for head coach Jim Zorn until back-up and former Seahawk BJ Daniels was given his chance in the second half of last week’s 16-23 loss in St. Louis.

Silver’s only converted two first downs in his entire half of play. Daniels surpassed his numbers in the third quarter alone, leading the just-short-of-a-comeback charge and helping Seattle to its first rushing score this season. Part of that success comes from the fact of how mobile Daniels is, so it opened up the backfield for the running backs.

“Obviously, they can both pass the ball,” said Farrow, “and then BJ has the extra advantage of being able to run it.”

While Daniels was the better quarterback last week, a late interception in the fourth quarter ended Seattle’s hopes for a comeback. Silvers has flashed at points this season, but Daniels second-half play last week is too much to ignore.

The Roughneck are the only undefeated team in the XFL. Quarterback PJ Walker and receiver Cam Phillips are quite the duo.

Walker and Phillips lead the XFL in their respective positions. Walker has a 63% completion rate and 987 yards for 12 touchdowns. Phillips is responsible for 333 of those yards and 7 touchdowns.

The Roughneck offense leads the league in 31.5 points per game. The Dragons haven’t scored out of the teens, so the Dragon defense and offense have to show up to have a chance.

Johnson is no stranger to football, and his experience is noticeable. He leads the XFL in tackles with 40. Johnson and the rest of the Seattle defense have their work cut out for them this week. Walker has only allowed two turnovers this season thus far.

While special teams do get put in the background, Santiago leads the XFL in kickoff return yards and is second in total return yards.

Farrow leads the backfield for the Dragons with 126 yards and a 4.5 average. He also scored the first rushing touchdown for Seattle in last week’s loss.

The running back group is fairly even with the reps — Farrow, Ja’Quan Gardner, and Trey Williams all within three carries of one another.

Battle in the West

The top two teams from the East and West make it to playoffs. While today’s game is a divisional game, a team I’m interested in is the Dallas Renegades. Quarterback Landry Jones is out with a knee injury, so Philip Nelson will be stepping up. While Seattle will have to win games to overtake the second spot in the West behind Houston, this might be a good opportunity for that game differential to lessen in the second half of the season.

The Dragons take on the Roughnecks today at 11:00 AM PST on ABC.