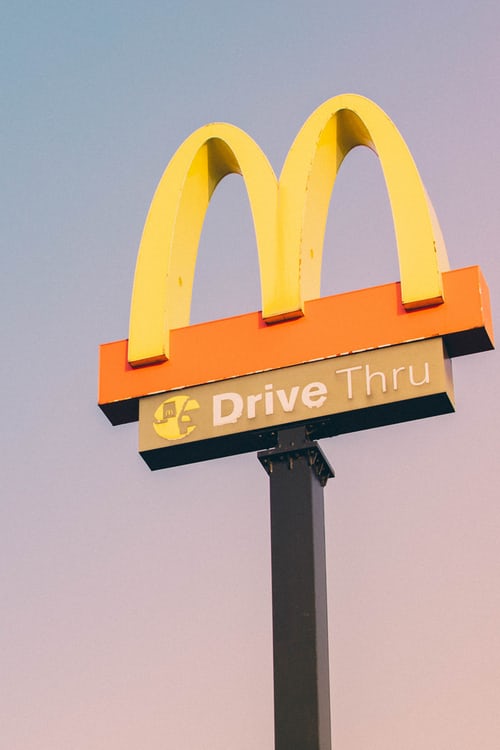 “Do you say sixteen Shamrock Shakes?” the McDonalds employee asks.

“That will take us a while to make sixteen.”

Behind Sportface a line of cars starts to build.

In the car directly behind him sits Sylvester Stallone. In the passenger seat is his dog Butkis.

Behind Sly is another car. In it is professional golfer Steve Stricker.

“Hey, this is taking too long to get a Shamrock Shake. I can go to Cook Out down the street where they offer 45 shakes and won’t have to wait this long. And they use real milk from cows in Wisconsin where I grew up. What’s up? Did Sammy Sportface seriously order sixteen Shamrock Shakes? Who does that? I heard about Sportface. He calls Tommy Fleetwood Tommy Fleetwood Mac. Now the whole PGA Tour does. I think it’s a stupid nickname and so does Pars. Sportface is friends with Pistol Pete Merrill, that kid who beat in me in 14 and under junior golf tournaments in Wisconsin.

“I wonder what happened with Pete. He had talent as a golfer. But I heard he met Sportface in college and decided that hangin’ with Sportface was more fun than playing golf. Meanwhile, I became a pro golfer.”

Stricker gets out of his car and walks up to Sportface’s car. Pete is in the front passenger seat.

“Sportface ordered sixteen Shamrock Shakes. Eight for me and eight for him.”

Meanwhile, Sly gets out of his car and joins the conversation.

“Yo, Sammy Sportface, why did you have to order six Shamrock Shakes? My dog Butkis is thirsty and this is taking way too long. He needs a Shamrock Shake and you’ve slowed everything down. All I ever wanted was to go the distance. And this wait is too far a distance for me to go. My father used to say I didn’t have much of a brain so I had to start using my body. And Shamrock Shakes have always been good for my body.”

Two more professional golfers, Sam Snead and Scott Simpson, and, for some odd reason, Sally Struthers, walk up to Sportface’s slimy car. They had been further back in line for the Shamrock Shakes also but got fed up waiting for Sportface to get his sixteen.

“It’s a long story. Pete, this guy in the passenger seat, beat me in junior golf but then went on to hang out with Sammy Sportface, the guy driving this car. He and Sportface ordered six Shamrock Shakes.”

“Hey Strick,” said Pistol. “What was it like losing to me in junior golf?”

“Not as bad as waiting in line right now for Shamrock Shakes.”