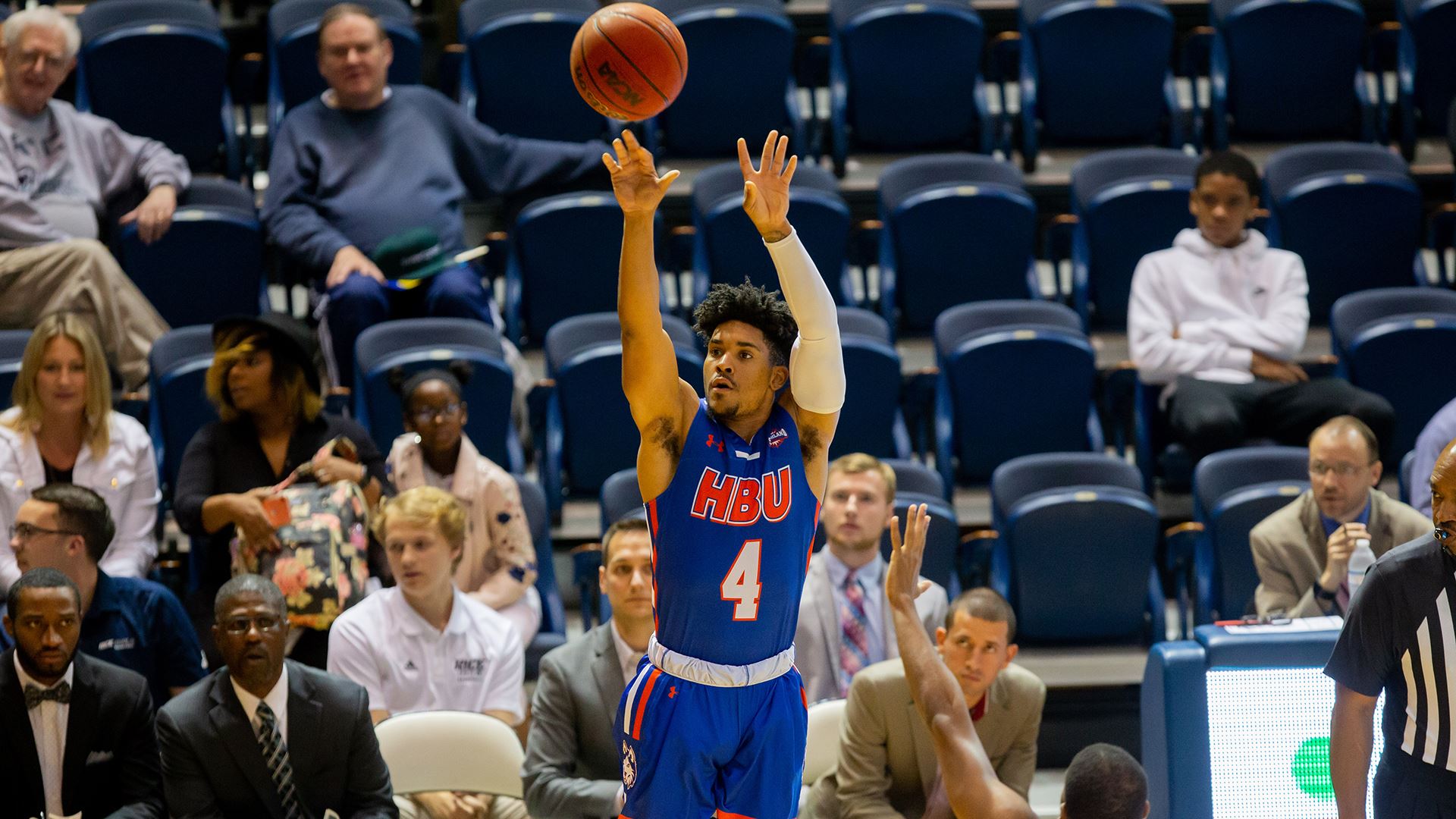 BEAUMONT, Texas – HBU Huskies fell behind by 15 in the first half before cutting the deficit to two in the second half before ultimately falling 79-69 in Southland Conference men’s basketball on Saturday afternoon inside the Montagne Center.

It took more than two minutes for either team to find the bottom of the net but Lamar (13-13, 7-8 SLC) and the Huskies (3-20, 3-11 SLC) then traded buckets resulting in the Cardinals holding a 6-4 lead just over four minutes in. The Lamar lead grew to 10-5 but back-to-back buckets from Qon Murphy and Benjamin Uloko again cut it to a one-point game. The Lamar lead grew to 15, 33-18, after a Davion Buster three but a six-point burst capped by a Nick Jones three pulled the Huskies back to within single-digits.

With 1:40 remaining in the half, LU’s Avery Sullivan converted an and-one opportunity to put the Cardinals ahead 39-27 but HBU’s Myles Pierre and Ian DuBose both knocked down threes in the final 1:14 of the half sandwiched around an LU layup to make it 41-33 at halftime.

The Huskies came out of the intermission and scored the first two baskets of the half to pull within four, 41-37, less than two minutes into the half. A few minutes later, trailing 48-43, Jalon Gates connected on his second trey of the game to cut HBU’s deficit to just two, 48-46.

After a stop on the defensive end, the Huskies had multiple opportunities on their next trip down the floor but were unable to find the bottom of the net and Lamar knocked down 4-of-6 free throws over the final 47 seconds to hold on.

Gates led the Huskies in scoring, knocking down 5-of-13 from deep, with 18 points while also grabbing three rebounds. DuBose added 16 while dishing out a game-high seven assists, pulling down four rebounds and adding three steals.

Philip McKenzie was the Huskies’ top rebounder, pulling down eight boards with four of those coming on the offensive end, and also contributed seven points, three assists, and two steals. Pierre also scored seven off the bench.

A return to Sharp Gym is up next for the Huskies as they play Abilene Christian on Wednesday, Feb. 19, at 7:00 p.m.