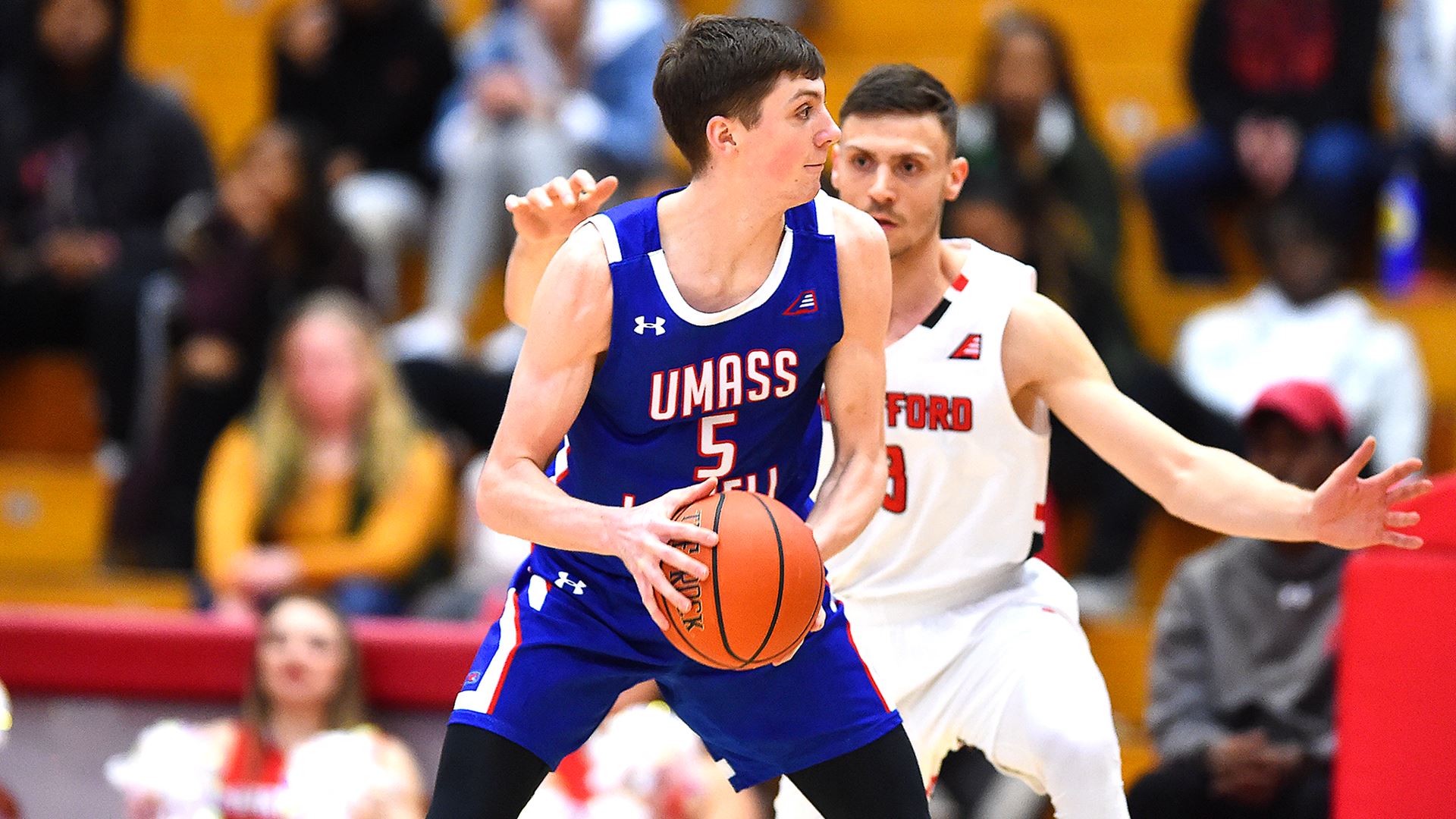 Although the River Hawks took the lead for good early in the second half, Hartford fought to make it just a two-point game with less than two minutes to play. However, graduate student Christian Lutete (Silver Spring, Md.) responded with a crucial layup before Noel and freshman Ron Mitchell (Philadelphia, Pa.) converted at the line seven times in the final seconds to seal the outcome.

“I’m really proud of our guys,” said Head Coach Pat Duquette. “Hartford is such a good team. Malik Ellison is tremendous. He’s one of the best players that I’ve seen come through this league. I knew Hartford wasn’t going to give up and they made a couple runs at us, but we responded well, which is hard to do on the road, especially with a lot of freshman on the floor. Everybody’s got to play well and execute down the stretch to win a tough road game like we did today.”

Freshman Connor Withers (Manassas, Va.) bested his season-high for the second time this week with 20 points in the contest, while Lutete rounded out the double-digit scorers with 15. The River Hawk defense was the story of the game, though, forcing 14 turnovers and outrebounding the Hawks, 31-25.

The home team jumped out to the first lead of the day before graduate student Josh Gantz (Grove City, Ohio) and Lutete knocked down back-to-back buckets to ignite an 11-2 spurt that put the River Hawks ahead, 15-9, with 13:19 remaining in the first half. UMass Lowell would force six turnovers in the first 10 minutes of the period to maintain at least a one-point buffer until Hartford converted on two straight possessions to pull in front, 22-21, at 5:54.

Noel knocked down a three for the first of three quick lead changes, while Lutete hit a long ball of his own to give the visitors the upper hand for the remainder of half, as UMass Lowell outscored Hartford, 7-1, in the last three minutes for a 31-26 advantage at the break.

Hartford erased the difference with the first seven points of the second half, but the River Hawks answered with a 12-4 run that included eight points from Withers, to stretch the buffer to 43-37 with 13:20 still to play.

The home team stayed within six until Withers and Lutete combined for six consecutive points to create the first double-digit margin of the game, 57-47, at 8:22. UMass Lowell led by 10 once more, but Hartford worked its way back within two in the final minutes.

Hartford still leads the all-time series, 12-7. The River Hawks make the trek to Binghamton next week on Thursday, February 20. Tipoff for that contest is slated for 7 p.m.