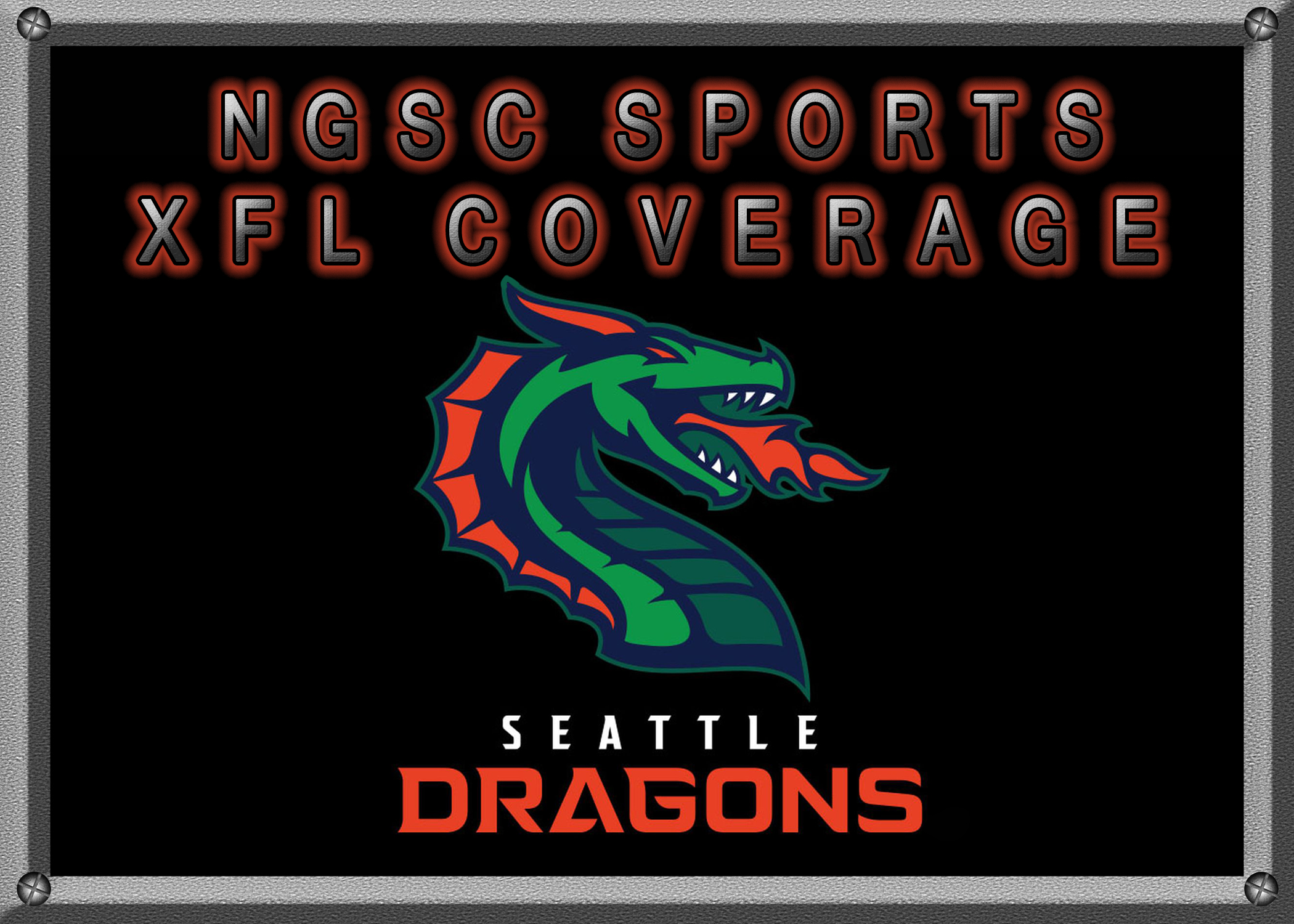 WASHINGTON — With the first week of the XFL in the books, there’s a lot of questions on the future of the league, but for now, we can reflect. It’s safe to say that people are looking forward to Week 2. The West was on the struggle bus in Week 1 – Houston is the only unbeaten western team.

The Seattle Dragons fell to the DC Defenders 31-19 on the road. Seattle led 13-12 at the half, but a huge second half and defensive efforts eventually propelled the Defenders to victory. A fourth-quarter pick-six put the game out of reach for Seattle.

Kenneth Farrow and Ja’Quan Gardner split the run game, rushing for 41 and 36 yards respectively. The Dragons’ touchdowns came from the passing game. Austin Proehl led the receivers with 88 yards and the Dragons’ first-ever touchdown on a 14-yard pass from Brandon Silvers (See video below). Proehl also had the last scoring play for the Dragons in their season opener with another touchdown in the third quarter.

Linebacker Steven Johnson led the defense with eight combined tackles with two for a loss. Fellow linebacker Nick Temple was not far behind with seven combined tackles. Here are the full stats.

Week one scores from around the XFL:

Aforementioned, the bigger question for the XFL is if this 2.0 version is going to survive where no other professional football organization outside the NFL has. It’s way too early to tell, but here are my takeaways after our first taste of the league:

People are jazzed about the league! The numbers back it up. In fact, fan attendance and viewership surpassed expectations. Saturday’s game drew 3.3 million viewers and filled around 17,000 seats. The posted numbers beat the opening of the AAF, but the key will be to keep the interest. Being on four major networks and the quality of broadcasts help the cause.

Fans couldn’t fill the 20,000 capacity Audi Stadium, so seeing the empty seats in the 72,000 Centurylink might be a little underwhelming, but it’s something to build on. Centurylink announced earlier this week that they were opening up additional seating areas due to high ticket demands for the home opener this weekend. The Dragons have support from the city and their NFL counterparts.

The XFL promised immediate player reaction and they over-delivered. I like the fact that they do so many sideline interviews. Most of the players are unknown, so it’s easier to get access as they are earning their keep as well as giving the public their name and background stats in the lower third. It’s a great way to help make the players household names as the league grows. The exposure makes it a better fan experience for home viewers.

However, the first week certainly was memorable as media teams and fans adjust to a new and sometimes harsh production standard.

Just turned on the XFL.
Kicker missed a field goal and they immediately interviewed him on the sideline asking what happened haha.
That’s tough.

Punishment for missing a field goal in the XFL?

Do a live interview right after explaining why you missed it 😳pic.twitter.com/YwMFTUVEtp

Rough around the edges

The level of play wasn’t bad, but it could be better. The league will rely on quality football for survival and it’s not surprising that players are out of shape. Being UDFA, bounced around teams, etc doesn’t exactly help to make players game ready. There’s plenty of talent and this league is really an opportunity for players to get back into the game and show their talent on a professional level. Week one brought the struggle to light in the number of injuries.

Our first XFL puke. Football really is back pic.twitter.com/D5aw9qOWKd

Besides sharpening skills, doing more cardio, and creating a team culture, the players might also be a little rough around the edges in the eyes of the viewers. While I condone his answer, I don’t think major TV networks will stand for players conducting themselves in a non-professional manner. Fans of all ages are watching and that’s something that needs to be remembered.

"We’re trying to get our f**king job done"

The progressive thinking of the league is very refreshing, and I’m not just talking about the rule changes. I was pleasantly surprised to see a few pony-tails tucked under the referee hats. The NFL didn’t have a female official until 2015 and the XFL has been forward-thinking from the beginning — as it should be.

The Dragons host the Tampa Bay Vipers (0-1) this Saturday, February 15th at 2:00 PM PT for their home opener. Century Link is ready. Are you?