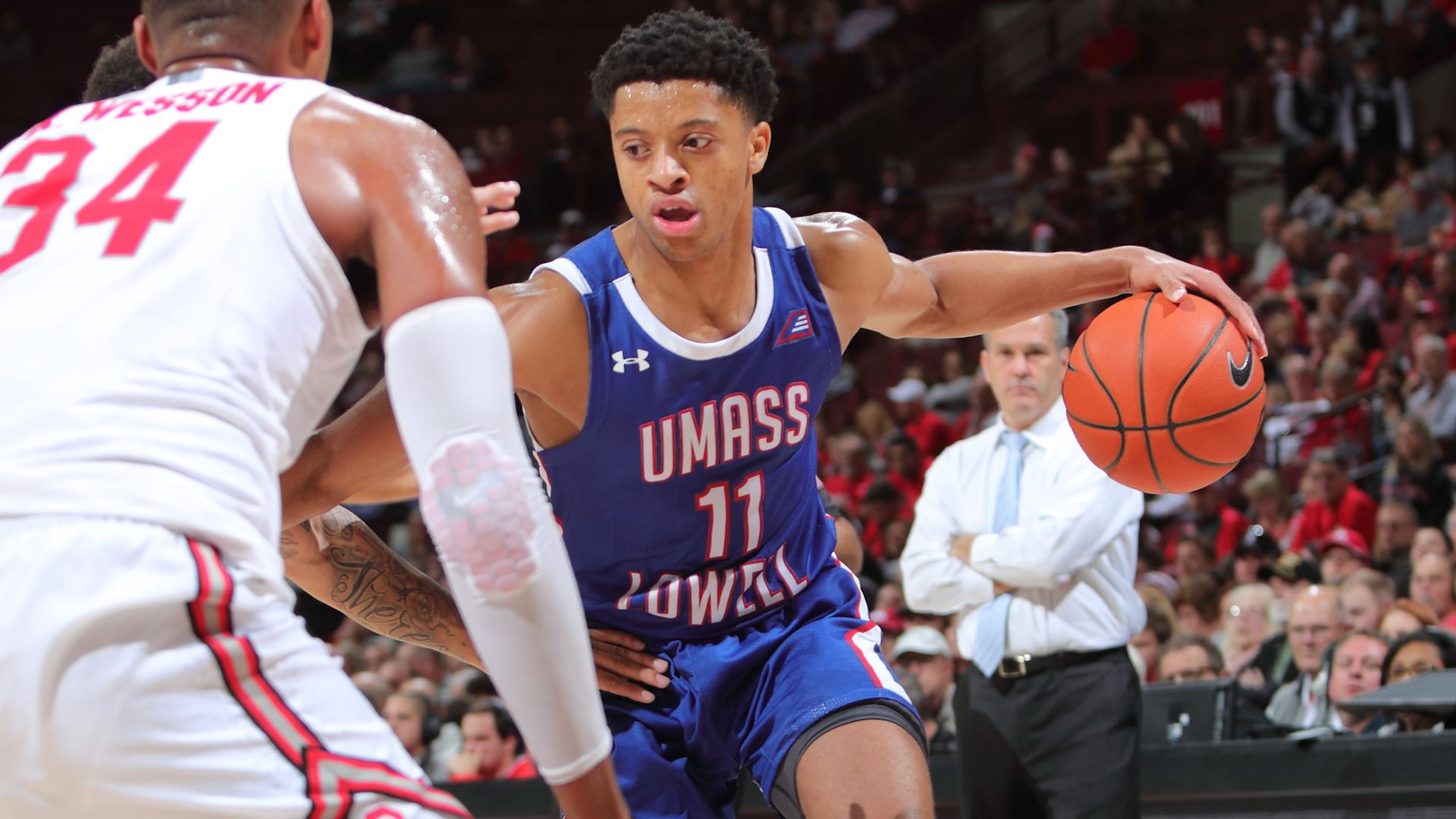 In a game with 17 lead changes and 10 tied scores, the River Hawks led for the final time at 52-51 on a bucket by Noel inside of the final eight minutes. And although the Seawolves took the lead for good on the next trip down the court, UMass Lowell stayed within two possessions until the home team used an 8-3 spurt to create double-digit separation with less than two minutes to play.

“It was a good basketball game against one of the top teams in the league,” said Head Coach Pat Duquette. “They are much taller than us and much more athletic, but I thought that was as hard a game as we’ve played all year from start to finish. I told my guys I was really happy with the effort. It wasn’t the best game we’ve played. We still left a lot of points on the free-throw line and we didn’t shoot the ball well. Too much Obe, although he competed his tail off and played great, we need more balanced scoring, but we were still right there with four minutes left.”

Noel drained a personal-best 10 field goals and a season-high 10 free throws in the performance. He also added 10 rebounds for his second career double-double. Freshman Ron Mitchell (Philadelphia, Pa.) added 17 points on the night, while graduate student Christian Lutete chipped in with 10.

With the help of five from Mitchell, the River Hawks scored the first six points of the night. Stony Brook worked to take an early, one-point edge, but Noel responded with the next five points for the visitors, putting his squad on top, 13-11, with 11:44 remaining in the first half.

The first half continued as an evenly-matched, low-scoring affair, with three tied scores before freshman Kalil Thomas (New Orleans, La.) knocked down a triple from the wing and Lutete converted on a pair of free throws to regain the upper hand, 24-21, at 5:52. The Seawolves would answer with a 10-0 run to create their largest margin of the period, however, Lutete snapped the silence with points on back-to-back possessions and Noel hit a jumper ahead of the buzzer to cut the difference to 34-30 at the break.

Coming out of halftime, UMass Lowell attacked the basket with a 12-4 spurt that was capped off by back-to-back threes from Mitchell and Noel, giving the squad a 42-39 advantage with 14:02 still to go. Eight lead changes followed as the teams traded buckets over the next six minutes before Stony Brook pulled away.

The Seawolves lead the series against UMass Lowell, 17-5. The River Hawks head home to host UMBC for Alumni Day and Team IMPACT Day on Saturday, February 8 at 4 p.m.