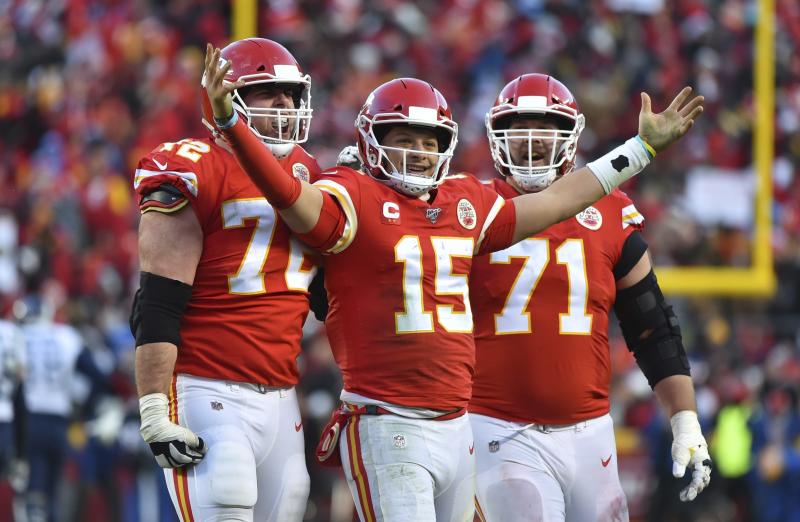 All good things must end… well, at least until next September. The culmination of the Against All Odds season finishes up with Super Bowl LIV.

For the 4th time in five years, my dad has outdone me again, and will finish with a record that is as good as any expert you’ll find while scouring the internet.

It’s always fun, matching wits, and tossing in a few zingers against the rivals of my favorite teams in Pitt and the Steelers.

Thank you to everyone who has  followed along all year! See you all in September!

How will it all end? Will the unstoppable offense overcome the immovable defense?

The high powered offense of the Kansas City Chiefs, led by Patrick Mahomes, is set to bring a championship to the starved citizens from KC for the first time since January 11th, 1970 when the Chiefs defeated the Minnesota Vikings 23-7. Mahomes threw for 4,031 yards with 26 TD’s and just five picks.

The Chiefs defense ranked 7th in points allowed, giving up 19.3 points per game. They were 17th in total defense, but were 26th in rushing defense, allowing 128.2 yards per game.

The San Francisco 49ers are powered by an elite defense and a superb running game led by Raheem Mostert, who was the Niners third choice at RB to begin the season. Mostert ran for 772 yards and eight touchdowns, while catching 14 passes for 180 yards and two more scores.

Jimmy Garoppolo isn’t Aaron Rodgers, but he is efficient. He passed for 3,978 yards with 27 touchdowns and 13 interceptions. His favorite target is tight end George Kittle who caught 85 passes for 1,053 yards and five scores. Garoppolo also has Deebo Samuel, Manny Sanders, and Kendrick Bourne at his disposal at wideout.

It’s the Super Bowl, and the nerves will be out in full force. I see a feeling out process in the first quarter that should lead to a tight game. Perhaps around the 2nd quarter, when both teams start to get a feel for another, this game will start to open up, and then it will come down to who makes the least mistakes and who finds the resolve to overcome all adversity.

I have gone against the 49ers all season, doubting them at every turn, but they have me as a big believer right now. I would not be surprised if they stand alone at the end of this  game, but my feeling tells me that this year belongs to the Chiefs and Mahomes.