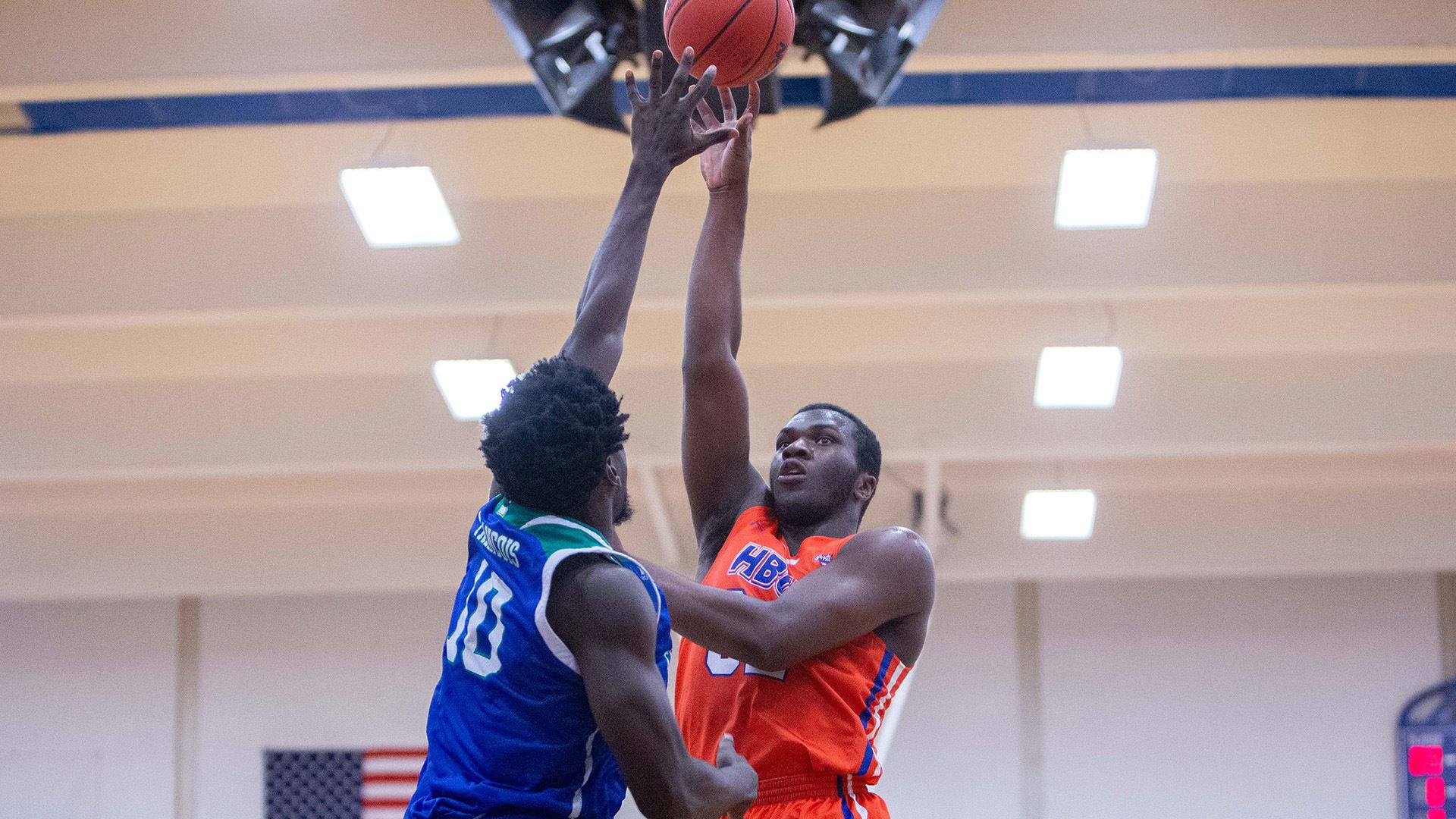 Senior Jalon Gates scored a team-high 21 points, connecting on 5-of-15 from the floor, 3-of-8 from three and 8-of-9 from the charity stripe. Gates is now shooting 86.2 percent from the free-throw line this season, good for third in the SLC.

Ian DuBose added 14 points and a game-high 12 rebounds for his fourth double-double in the last six games and his fifth in SLC play. The junior was 3-of-4 from the field, 1-of-2 from deep and 7-of-8 from the line. Sophomore Qon Murphy added 13 points off the bench and matched his career-high with six rebounds while also dishing out three assists.

The Huskies (2-17, 2-8 SLC) took the lead on the opening possession when Gates was fouled attempting a three and proceeded to make all three free throws. A nine-point run by HBU that included five points from Murphy put the Huskies ahead 16-6 with 13:26 on the clock before a six-point burst brought the Islanders (9-14, 5-7 SLC) back to within four.

HBU pushed its lead up to double-digits on a Murphy layup with 3:37 remaining in the half with that lead growing as high as 19 on multiple occasions before halftime with the Huskies taking a 41-24 lead into the locker room.

That Husky lead would drop to single-digits less than five minutes into the half after a 9-0 run by TAMUCC culminated with a trey by Jordan Hairston to bring the score to 46-37. A Peyton Smith three less than two minutes later again cut the HBU lead to nine but eight quick points, capped by a Pierre three, made the HBU advantage 59-42 with 11:54 to play.

The Islanders finally began making inroads in the final three minutes of the game as a Pierre layup gave the Huskies a 76-59 lead with just 3:15 to go. A 10-0 TAMUCC run made it a 76-69 ballgame with 1:37 on the clock. The Huskies made their free throws over the next 17 seconds and a pair of Pierre freebies made the score 80-72 with 1:20 on the clock.

TAMUCC’s Elijah Schmidt missed a pair of free throws but the Islanders forced a 10-second violation and Myles Smith made a layup to cut it to a six-point game. Gates made one of two free throws on the Huskies’ next trip down the floor but Hairston answered with a three to bring the Islanders within four. On the next TAMUCC trip down the floor, Jackson Stent blocked a shot and drew a charge with seven seconds left to return possession to the Huskies with Stent then knocking down 1-of-2 free throws a few seconds later to seal the HBU win.

HBU will head to Hammond, La. for a mid-week matchup against the Southeastern Louisiana Lions on Wednesday, Feb. 5, with a 7:00 p.m. tip.