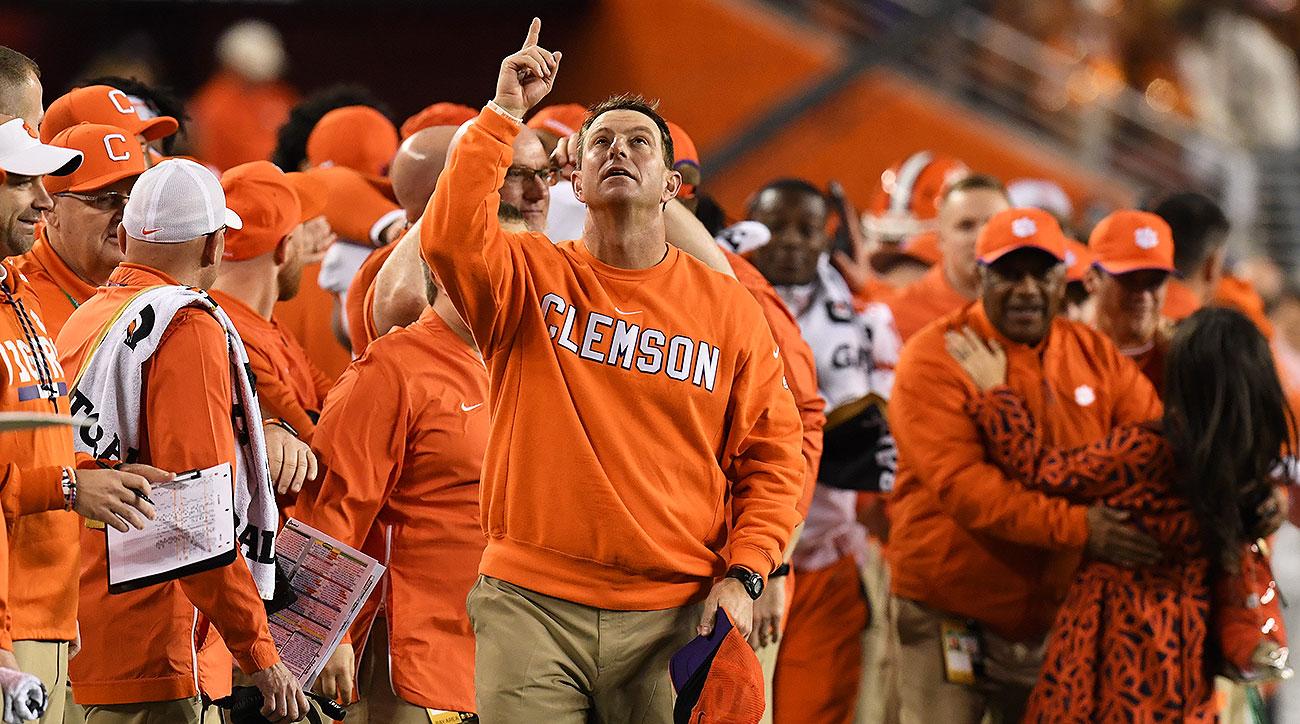 What sucks about going 6-4 for the week? When your dad goes 8-2 and adds two games to his lead with just three weeks left.

This week we have the AFC and NFC Divisional Playoffs capped off by the National Championship on January 13th.

All we have left is two more weeks, that being the AFC and NFC Championship games and the Super Bowl itself.

Three games down… can I make the comeback? We differ on three games this week. Will I catch up or be put away for good?

Should be a great game. Minnesota was very impressive last week and I was a fool for not at the very least taking the points, but I got suckered in by all the Saints hoopla and their goal of making amends. Good God, New Orleans has lost in almost every way possible the past four years to end their season!

The 49ers have been superb all year, with George Kittle being the most formidable weapon they possess, along with a stout defense.

The Vikings have many weapons, including Dalvin Cook, Adam Thielen, and Stephon Diggs… and yes, Kirk Cousins.

Just a feeling here, but I’m going with Minnesota to not only cover, but to pull off the upset of Jimmy Garoppolo and his Niners.

I had thoughts of going with another upset here, especially with how Derrick Henry is running for the Titans, and the resurgence of QB Ryan Tannehill.

Then I began to realize how well the Ravens are playing on both sides of the ball, and even though Tennessee may keep this close for awhile, in the end, the Ravens will pull away and begin their funeral plans for when they play the Chiefs next week.

Lamar Jackson is playing as good as anyone could imagine, and he will likely be the NFL MVP, but he will get to enjoy one week of success before meeting another player that is on a mission of his own, that being…

Patrick Mahomes and the Chiefs. It looked ugly for both when the stud QB went down with a knee injury this year, but he survived it, and so did the Chiefs.

This team seems destined for great things, and this just may be the year. First things first, and that is making amends of an earlier loss to Houston back in week six. The Texans and Deshaun Watson are a good team, and have some great players in Watson, J.J. Watt, and DeAndre Hopkins, but they just won’t have enough to take down KC in their own house.

Green Bay, to me, may be the worst 13-3 I’ve ever seen. Yes, they have won all of the games they have won, but with a few bad breaks here and there, they could very well be 8-8 or worse. Aaron Rodgers has some superb talent on offense, but they never seem to put it all together for a full game.

They will have their hands full this week against Russell Wilson and the Seahawks. I like Seattle to cover, and I would not be surprised if the Seahawks walk out of Lambeau with a win to boot.

This is going to be everything you could ask for in a National Championship Game.

Joe Burrows and his LSU Tigers are an offensive juggernaut, scoring an SEC record tying 684 points this season. They clubbed Oklahoma 63-28 in the CFB semifinals two weeks ago.

Trevor Lawrence and his Tigers are the defending National Champions, and they enter this game with a chip on their shoulder. He has thrown for two touchdowns and no INT’s in his past seven games, so he is playing mistake free ball.

I know one thing… the Tigers are going to win the National Championship.

And it will be their 3rd in four years.