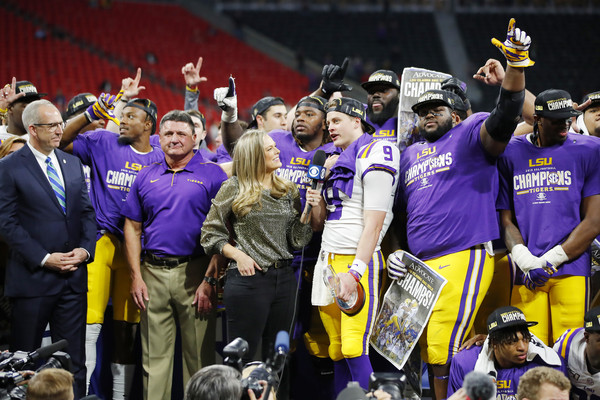 NEW ORLEANS- “The Big Easy” has a fun national championship to look forward to on January 13th. Against all odds, we have two teams with the same names clashing at the Mercedes-Benz Superdome. It’s the top-ranked LSU Tigers vs. the #3 Clemson Tigers.

The Clemson Tigers have a more balanced team while the LSU Tigers have an offense that can challenge any defense. Though Clemson’s defense is significantly better than Oklahoma’s, Joe Burrow threw eight touchdown passes. Burrow and receiver Justin Jefferson were on the same page. This chemistry between Burrow and Jefferson could spell doom for Clemson. However, let’s not overlook Clemson at all. They came back and defeated the Ohio State Buckeyes despite looking out of place throughout much of the first half of the Fiesta Bowl. Clemson quarterback, Trevor Lawrence, was a big reason for that as the dual-threat quarterback confused the elite Buckeye’s defensive front led by Chase Young. LSU has the top overall offense while Clemson has the third-best offense.

However, LSU’s defense stepped it up lately as this unit gave Georgia and Oklahoma a tough time. Both defenses are great at pressuring quarterbacks. Clemson’s defense is #2 overall while LSU’s defense is 29th overall.

Lawrence will likely display his running ability at times and tackling a 6’6″ quarterback is asking a lot. Lawrence is literally a quarterback with tight end height. To put this in perspective, Lawrence is 1 inch taller than 6’5″ Calvin Johnson!

Tanner Muse will challenge Burrow’s accuracy as well. This isn’t like facing the Sooner’s defense. Burrow will be tested throughout the game. Also, Clemson has a phenomenal run game with Travis Etienne. However, the LSU defense slowed down an equally impressive offense lead by Sooners quarterback Jalen Hurts.

The edge goes to LSU as their defense is playing better against great competition and Burrow is playing too well to stop. However, this will be a close game throughout as both teams look equally matched.