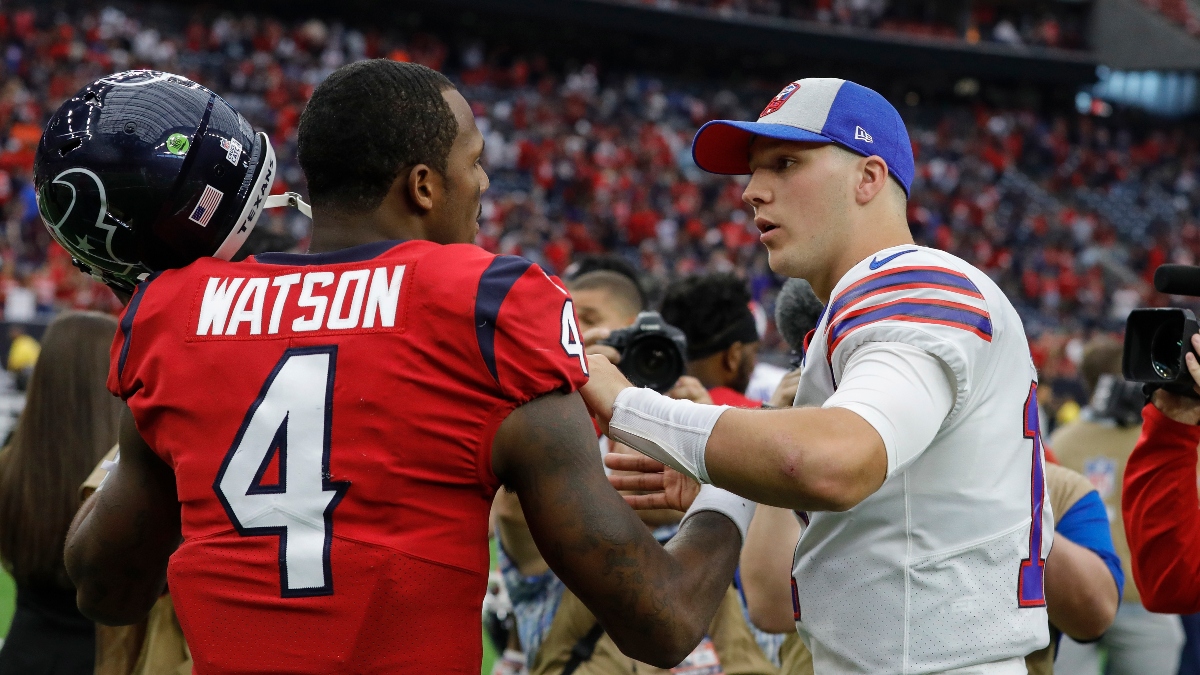 The NFL’s Wild Card weekend was indeed wild. The Texans managed to come back from 16 down to beat the Bills and advance to play the Kansas City Chiefs.

What a “Wild” Wild Card weekend this weekend proved to be. Indeed, the Texans did something that was absolutely necessary. The narrative that this team doesn’t thrive in big moments is now gone. One more playoff demon absolved.

While the NFL has had its fair share of narratives this postseason, this one was a beautiful one to witness. As a fan who has experienced much heartbreak in the NFL playoffs, Houston may have hope after all.

It was a bleak look when at halftime, the Texans found themselves down 13-0 to an aspiring Bills side. Mind you, this a Bills team that has not been in the NFL playoffs since 1999. In fact, they haven’t tasted victory in the postseason since 1995. However, this deficit didn’t help the memory of many Houston fans that still recall “The Comeback.”

However, history had different plans this time around. Prior to this game, NFL Hall of Famer, and Houston fan favorite, Warren Moon sent a text to Deshaun Watson. The message? “Be big when you need to be,” he said to the young stud of Houston’s current franchise. And be big he was.

There was one more bright side to this spark. The return of one J.J. Watt. While his impact wasn’t as big as usual on the stat sheet, there was no doubt that his presence alone provided a major boost. His energy and emotion were on display as the rally took place.

The first half was so abysmal, the Texans offense only mustered 81 yards with DeAndre Hopkins didn’t register a catch a pass for the first time since week 16 or 2017.

However, Watson managed to move the ball with Hopkins to start the ball movement. To cap off the series, Watson dragged two defenders with him into the end zone with him after a 20-yard run to put some points on the board. Watson then finished it off with a dive for the two-point conversion.

Suddenly it was a 16-8 game. Spoiler alert, the scoring didn’t stop there. An intentional grounding call cost Josh Allen and the Bills 14 yards and resulted in a fourth down. The Bills went for it, and Jacob Martin sacked him for a loss of 19 yards. Texans ball with 1:41 left.

In the overtime session, Watson came up with an improbable play. As Watt would say after the game, “nobody makes that play.” The play he is referring to? Watson evaded a sack, bounced off another defender, and rolled out to complete a throw to Taiwan Jones to set up the first and goal. Indeed, the biggest 34-yards in team postseason history.

Ka’imi Fairbairn kicked the game-winning 28-yard field goal to seal the victory. It is a comeback that Texans fans will remember for a long time. The way this team came back was the stuff of legends. It was among the proudest efforts I have ever witnessed. With that kind of momentum, this could be a special run. Perhaps, a deep playoff run.

Meanwhile, the Kansas City Chiefs now await the fired up Texans for the Divisional round. Patrick Mahomes vs. Watson. The new guard of NFL quarterbacks will be on full display that night. Is there reason for optimism this year? I truly believe there is. Wins like this can propel a team to Super Bowl run.

Unfortunately for the Chiefs, there are still questions about their suspect defense. Something that could play to Houston’s advantage. Their offense is capable of exploiting their defensive weaknesses.

Whatever the case may be, Houston has a real shot here. The Texans can do this. I believe they will pull off the upset. It will be a tough battle. Two great teams with one goal. To win a Super Bowl. The city of Houston deserves it. Get ready Texans fans. Because this run is only getting better.

For more on the NFL Playoffs, stay tuned to NGSC Sports. Where we never stop. Until next time, Texans fans.