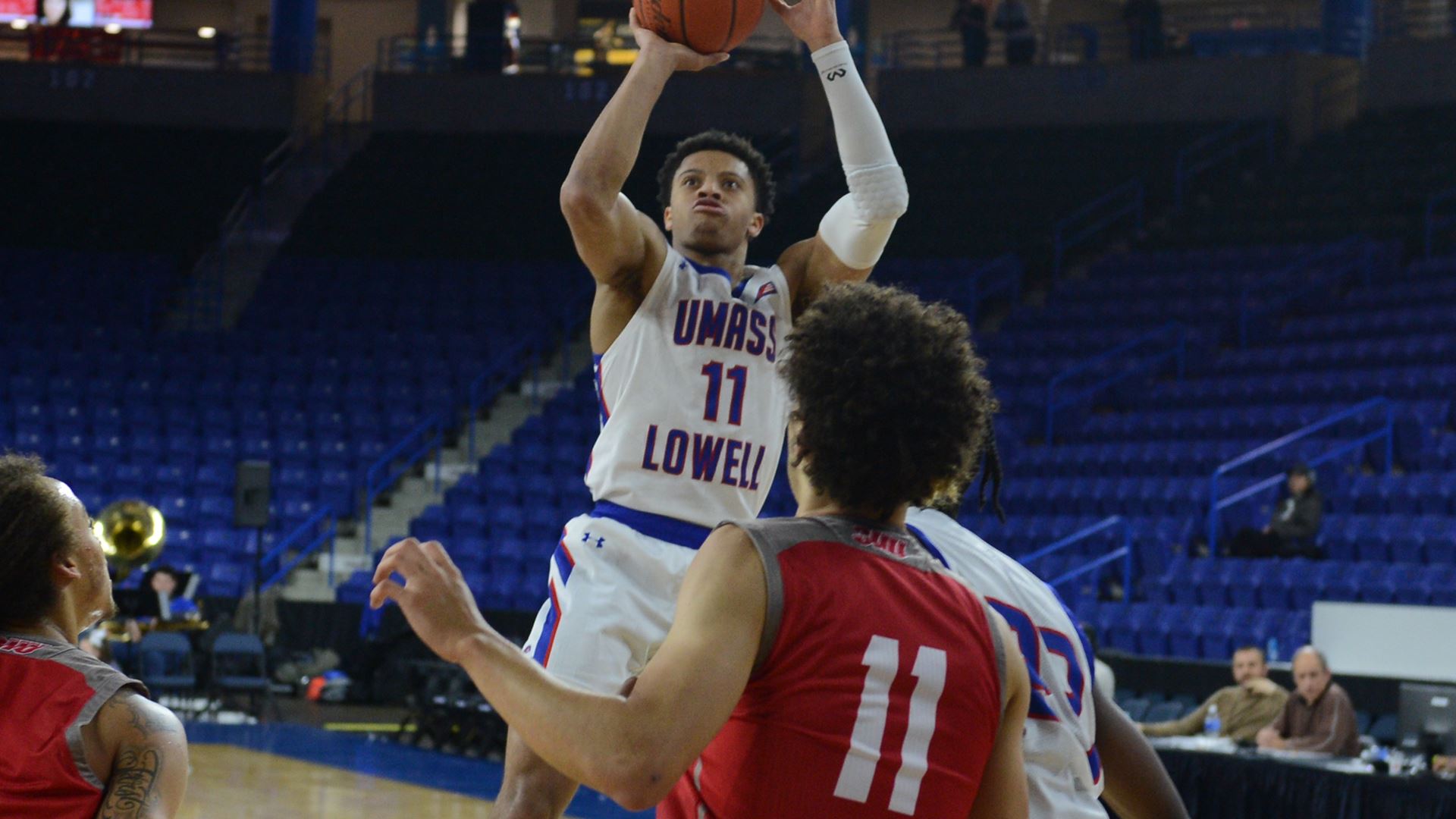 “We gave up far too many points,” said Head Coach Pat Duquette. “Defensively, it wasn’t one of our best efforts. I love Loyola’s offense. They do a great job moving the basketball and sharing the basketball. They’re a good team, especially on their home floor.”

Led by a 9-for-13 effort (69%) from Lutete, the River Hawks shot 51.8 percent from the floor as a team in the outing. Junior Obadiah Noel (Frederick, Md.) chipped in with 18 points and a career-best six assists. Freshman Ron Mitchell (Philadelphia, Pa.), who added 13 points, also set a new season-high with six assists of his own.

The River Hawks stayed within one possession in the opening minutes until back-to-back threes sparked an 11-2 Loyola spurt that stretched the difference to 20-10 in favor of the home team with 12:22 remaining in the first half. UMass Lowell battled right back, though, with a 15-4 run of their own that was capped off by five straight points from Lutete to put his squad on top, 25-24, at 7:46.

The visitors led once more before the Greyhounds scored six in a row to make it a five-point game, but Mitchell knocked down a three from the top of the key to close the gap to 35-33 at 4:32. The teams traded buckets in the waning minutes and although Noel and Lutete put the River Hawks within one, Loyola hit the final bucket of the period to take a 46-43 edge into the break.

Triples from junior Jordyn Owens (Montclair, N.J.) and sophomore Allin Blunt (Bowie, Md.) ignited 11 unanswered points for the River Hawks to give the team its largest lead yet, 54-49, with 16:53 left to play. Five lead changes ensued before Lutete knotted the score, 62-62, at 12:40.

Both sides continued to battle and were tied twice more, but Loyola would use an 18-6 run to pull away for good and go up, 84-72, with 4:41 remaining. A steal and dunk from Noel cut the difference back to single digits, but the Greyhounds would take advantage of free throws down the stretch to seal the 93-81 outcome.

The all-time series between the teams is now tied 2-2. The River Hawks will close out non-conference play at No. 11 Michigan on Sunday, December 29. Tipoff for that contest is slated for 2 p.m.