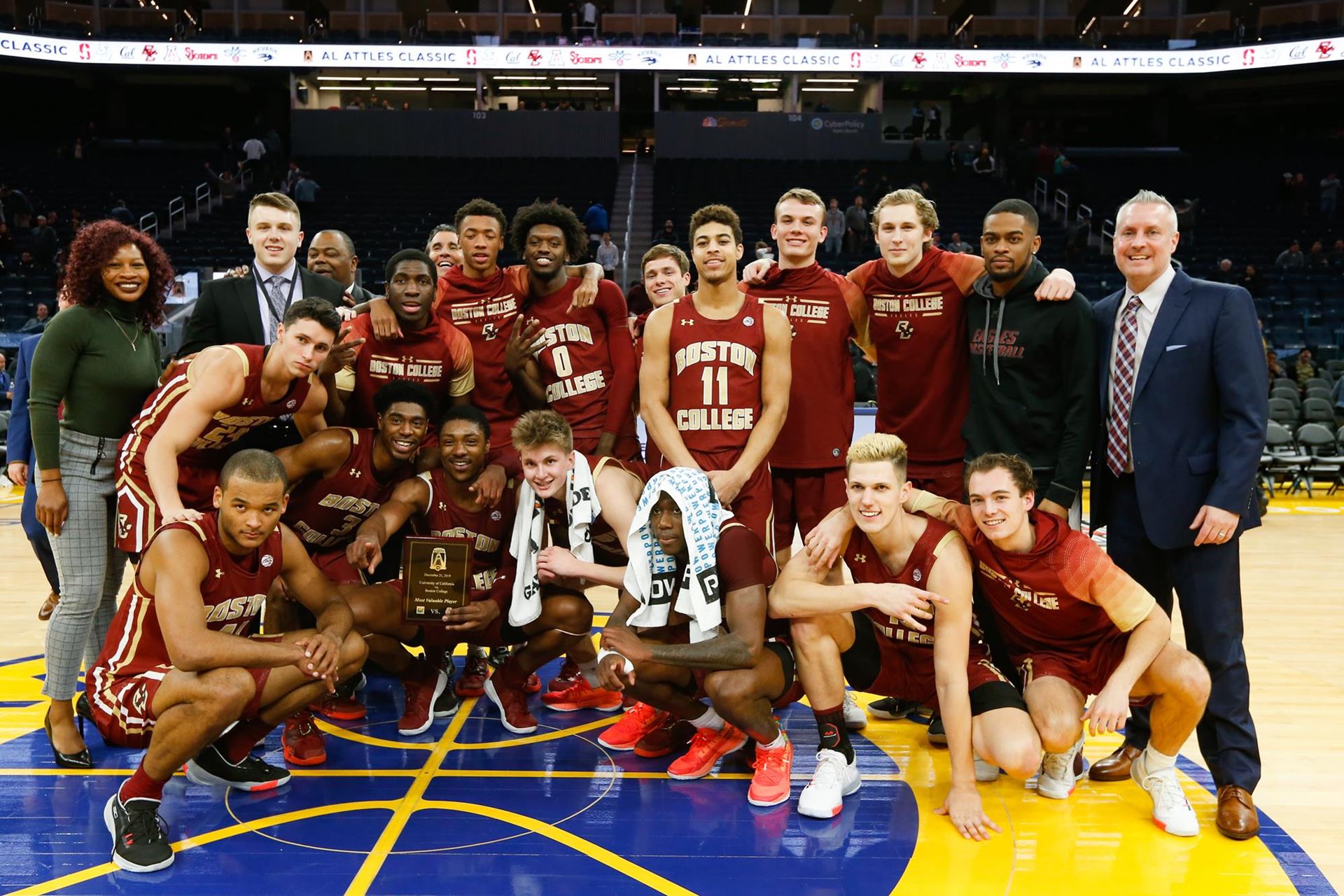 SAN FRANCISCO — Boston College used a 17-4 run midway through the second half to take the lead for good, en route to a 64-60 win over California in game two of the Al Attles Classic at Chase Center.  The win extended BC’s win streak to four games, dating back to Dec. 7.

Jairus Hamilton led BC with 18 points and was named the game’s Most Valuable Player.  He added eight rebounds in 34 minutes.  Julian Rishwain and Jared Hamilton scored 12 points apiece while Derryck Thornton added 10.

The Eagles trailed by 11 – 50-39 – with 10:10 remaining before using the 3-pointer – both the traditional and long-distance type – to get back in the game.  Steffon Mitchell started the run, converting the and-one before back-to-back 3-pointers from Rishwain cut the Bears’ lead to four (52-48).  A Jay Heath layup and another long two from Rishwain tied it up at 52-52 with 7:51 to go.  Another Mitchell layup and two FT from Rishwain and BC led 56-52 with 5:09 to play.

Cal tied it up on a Matt Bradley layup with 1:53 to go, but Jairus Hamilton responded with a 3-pointer from the left-wing and BC never looked back.