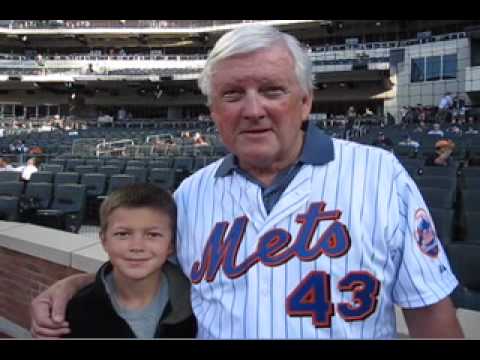 San Rafael resident Bill Wakefield knows a lot about the toy business. That’s because he worked as an off-shore buyer for Mattel for many years.

But the 78-year-old Wakefield was also a Major League Baseball pitcher for the New York Mets during the 1964 season, a fact that most baseball fans have probably forgotten. Wakefield appeared in 62 games, pitched 119 and two-third innings and recorded three wins and two saves. He had a nice earned-run average of 3.61 to boot.

Seems like MLB and the union representing current ballplayers, the Major League Baseball Players Association, have also forgotten about Wakefield and San Rafael native Jim Wilhelm. Now a resident of Mill Valley, Wilhelm was an outfielder who played for the San Diego Padres during parts of two seasons in 1978 and 1979. He appeared in 49 games during his career, came up to bat 122 times and collected 32 hits, including six doubles and three triples. He scored 10 runs and knocked in 12.

Wakefield, Wilhelm and 624 other men do not get pensions because they didn’t accrue four years of service credit. That was what ballplayers who played between 1947-1979 needed to be eligible for the pension plan.

Instead, they all receive non-qualified life annuities based on a complicated formula that had to have been calculated by an actuary. For every 43 game days on an active MLB roster, the non-vested player receives the princely sum of $625.

Meanwhile, the maximum pension a vested ballplayer can receive these days is $225,000.

When the player dies, the payment is not permitted to be passed on to a designated beneficiary, like a spouse or other loved one.  So when they each die, the monies Wakefield and Wilhelm receive won’t go to any of their loved ones. And the player is not covered under the MLB’s health care umbrella coverage plan, either.

By contrast, a player who played after 1980 is eligible for health coverage after one game day. And he’s eligible for a pension after 43 game days. And the payment can be passed on to a loved one or designated recipient.

Men like Wakefield and Wilhelm are being penalized for playing in the majors at the wrong time.

This is an injustice that nobody is writing about or talking about. What makes it more unseemly is that the national pastime is doing very well financially. MLB recently announced that its revenue was up 325% from 1992, and that it has made $500 million since 2015. What’s more, the average value of the each of the 30 clubs is up 19% from 2016, to $1.54 billion.

As for the MLBPA, to date it has been loath to divvy up any more of the collective pie. Even though many of these non-vested men are filing for bankruptcy at advance ages, having banks foreclose on their homes and are so sickly and poor that they cannot afford adequate health care coverage.

Unions are supposed to help hard-working women and men in this country get a fair shake in life. But Tony Clark, the so-called MLBPA labor leader doesn’t seem to want to help anyone but himself — Clark receives a MLB pension and an annual salary of more than $2.1 million, including benefits, for being the head of the union.

In my opinion, Wakefield, Wilhelm and all the other men are being shortchanged by a sport that can afford to do more. Just increase the bone that is being thrown these men to $10,000 a year. Are MLB Commissioner Rob Manfred and Clark seriously  suggesting they can’t afford to pay these men more? Given the economics of the sport, $6.26 million is chump change.

It’s about time Clark and Manfred toy with that idea.

A freelance writer, Douglas J. Gladstone is the author of A Bitter Cup of Coffee; How MLB & The Players Association Threw 874 Retirees a Curve. You can visit his website at www.gladstonewriter.com