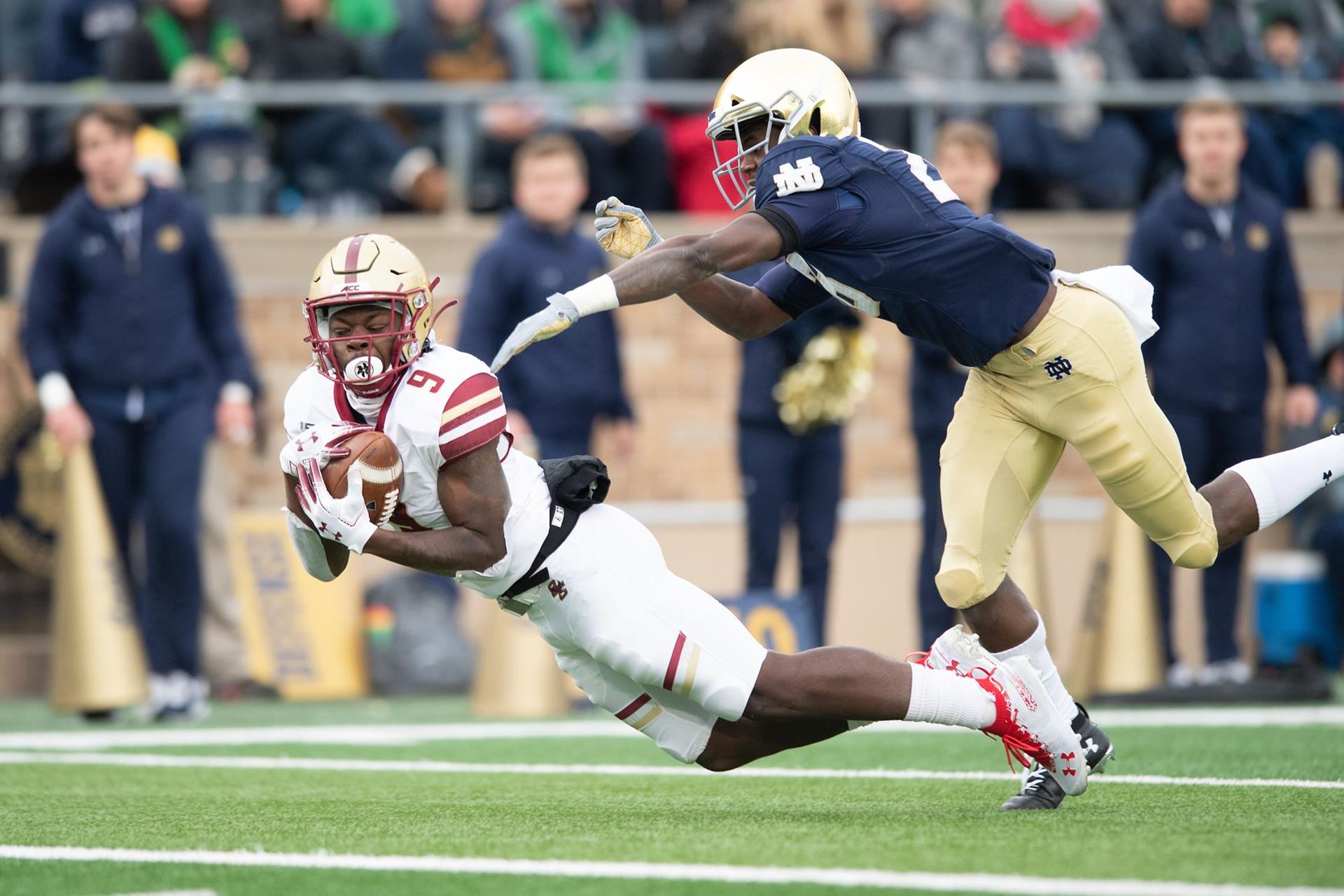 NOTRE DAME, Ind. — Boston College lost to No. 15 Notre Dame, 33-7, in front of 71,827 at Notre Dame Stadium on Saturday afternoon. The Eagles fell to 5-6 on the season, while the Irish improved to 9-2.BC earned its only lead of the day at the midway point of the second quarter on a one-yard touchdown run by quarterback Dennis Grosel to put the Eagles in front 7-6. Boston College marched down the field in 16 plays, including a 39-yard completion from Grosel to Kobay White that put BC at the one-yard line.Notre Dame went back in front on a six-yard touchdown pass from Ian Book to Chase Claypool as the Irish would lead the rest of the way. ND added a field goal with one second left on the clock in the second quarter to take a two-score lead, 16-7, into the locker room at halftime.The Irish outscored the Eagles, 17-0, in the third quarter as the BC defense was worn down after holding ND to four field goals through three quarters.Despite the effort of the Eagles’ defense, the Irish were able to pull away when it forced a fumble while leading 19-7. Notre Dame took the ensuing possession 40 yards, capped by a Cole Kmet touchdown catch to lead 26-7. The Irish scored once more in the third; a 61-yard rush by Braden Lenzy.Grosel was 9-for-20 passing for 63 yards with one interception. Book guided the Irish offense to 501 yards of offense on 26-for-40 passing with 239 yards. He also led all players with 66 yards on 12 carries.AJ Dillon led BC with 56 rushes of 14 carries. Grosel added 45 yards on 13 carries. HOW IT HAPPENED