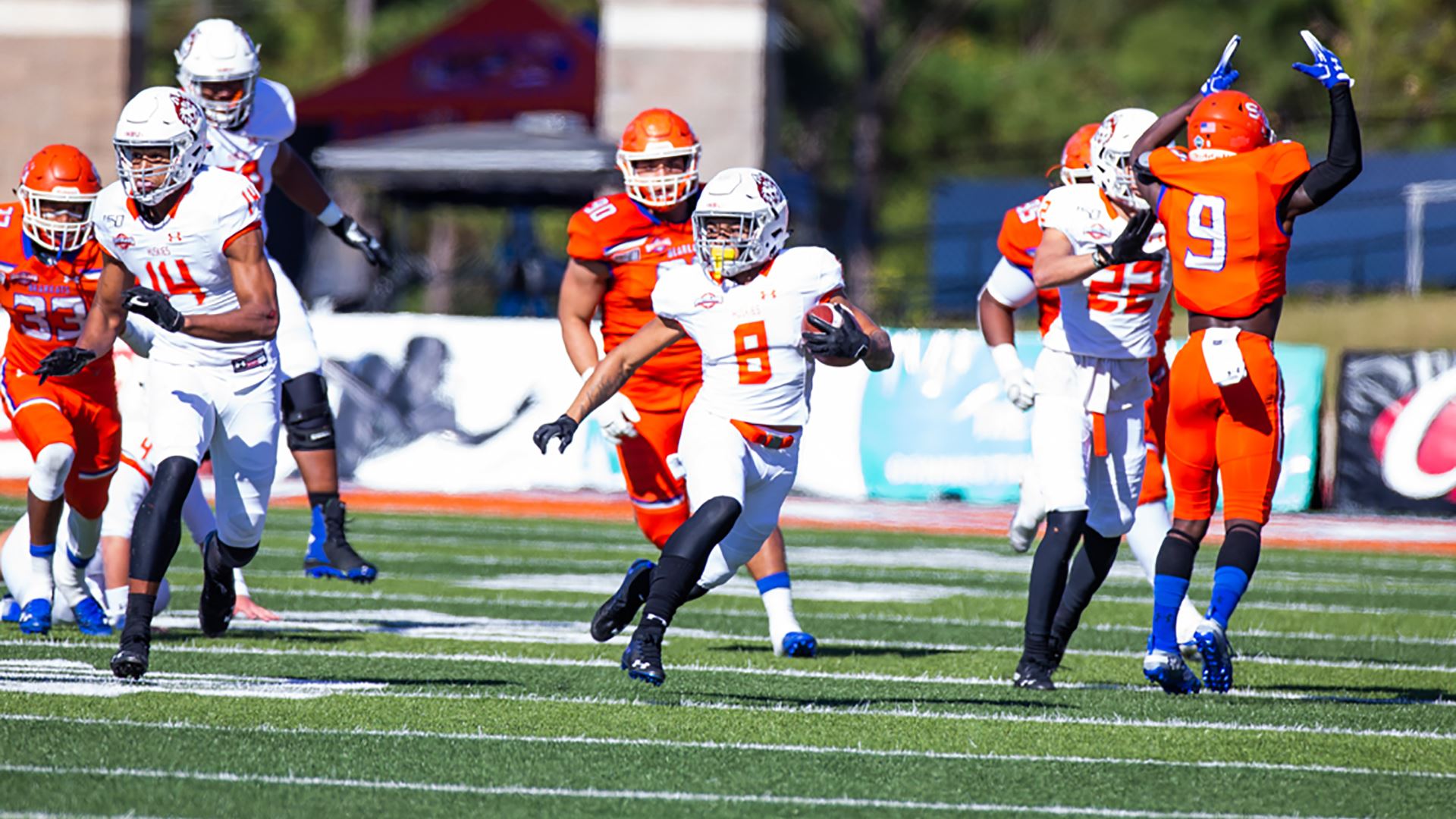 HUNTSVILLE, Texas – Sam Houston State jumped out to a 27-0 lead en route to a 37-14 win over HBU in the Southland Conference football finale Saturday afternoon at Bowers Stadium.

Junior quarterback Bailey Zappe completed 29-of-64 passes for 367 yards, two touchdowns and two interceptions for the Huskies (5-7, 2-6 SLC). Junior wide receiver Ben Ratzlaff caught 13 passes for a school-record 178 yards and a pair of touchdowns, while sophomore Jerreth Sterns made nine catches for 57 yards and a touchdown. Ratzlaff finished the season with a league-leading 1,139 receiving yards, while Sterns led the conference with 105 catches, the second-most in Southland history.

Eric Schmid completed 34-of-57 passes for 420 yards, four touchdowns and an interception for the Bearkats (7-4, 6-3). Chandler Harvin made 13 catches for 188 yards and three touchdowns, Woody Brandom caught seven passes for 80 yards and a score and Noah Smith had six catches for 70 yards.

The Bearkats opened the scoring when Schmid hit Harvin for a 50-yard touchdown with 8:49 left in the first quarter. The pair hooked up again for a 38-yard strike on the next drive, but the extra point failed off the upright, then Schmid found Brandon for a 19-yard touchdown and a 20-0 lead with 3:46 remaining in the quarter.

Schmid’s 17-yard touchdown to Harvin extended SHSU’s lead to 27-0 with 7:22 to go in the second quarter.

Zappe led a six-play, 67-yard drive in only 37 seconds, hitting Ratzlaff with a 17-yard touchdown pass to make the score 27-7. The Huskies forced a fumble and took over at their own 46, then drove down to the SHSU 13, but a Zappe pass was deflected and intercepted in the endzone for a touchback. HBU got the ball back, but freshman kicker Gino Garcia missed a 45-yard field goal as time expired in the first half.

HBU forced SHSU to punt on the opening possession of the first half, then quickly drove 87 yards on nine plays in 2:23 for a touchdown. Zappe went 6-for-8 on the drive and once again found Ratzlaff from 25 yards out for the score to cut the deficit to 27-14 with 10:16 left in the third.

Donovan Williams scored on a two-yard touchdown run, capping a 16-play, 71-yard drive for SHSU to make the score 34-14 with 13:06 remaining in the game. Hunter Pinegar added a 33-yard field goal with just under four minutes to go.

The Huskies are scheduled to open the 2020 season at North Texas Saturday, Sept. 5 in Denton.