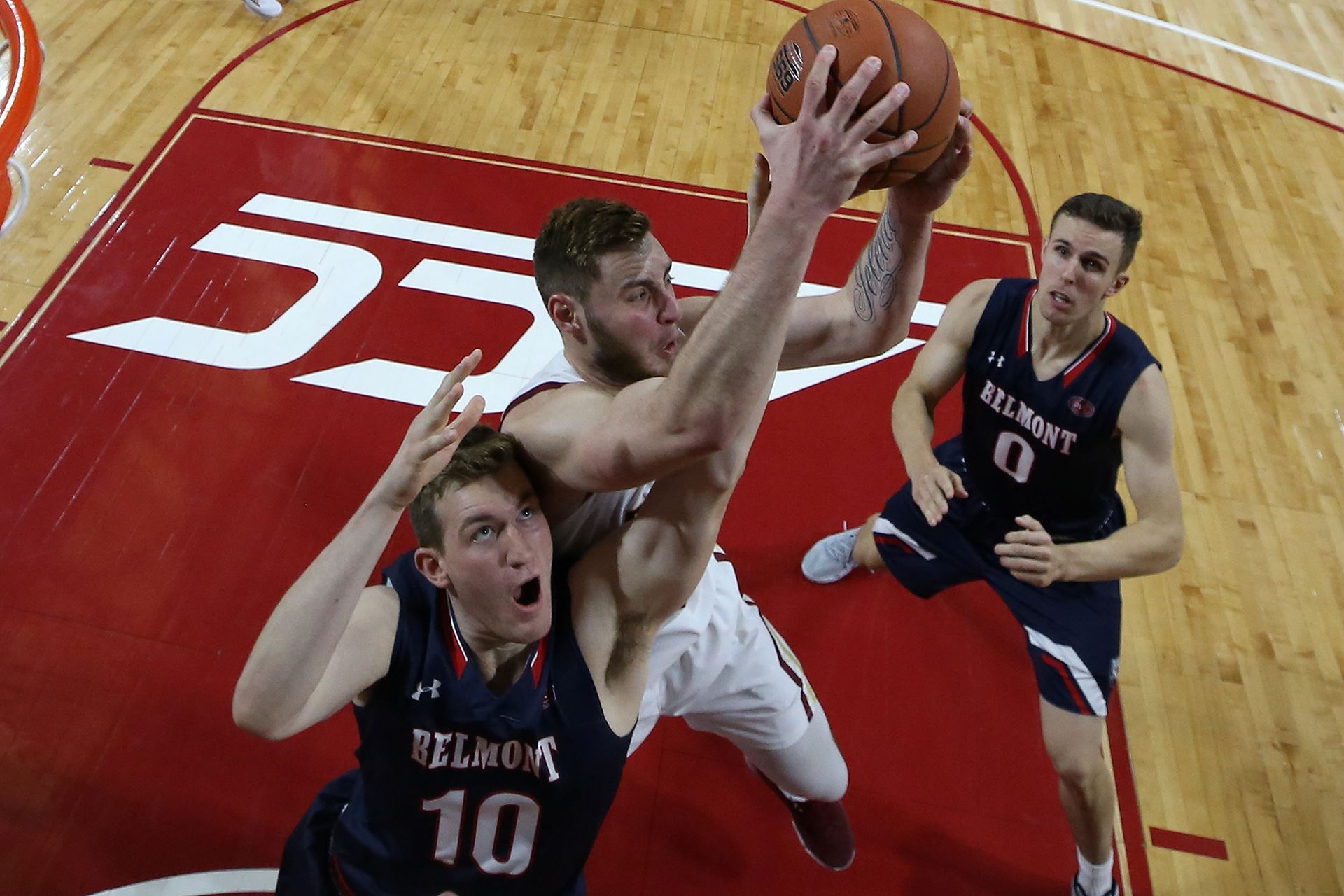 CHESTNUT HILL, Mass. — Belmont outscored Boston College 32-9 over a 12-minute span, closing the first half and into the second, earning a 100-85 win in game two of the Gotham Classic.

But Belmont would close the opening frame with five straight points, beginning the run that proved costly for Eagles.

The Bruins built as much as a 25-point cushion – 81-56 – midway through the second half.  BC would chip away, getting as close as 15 points on two occasions after two 3-pointers by Kamari Williams.