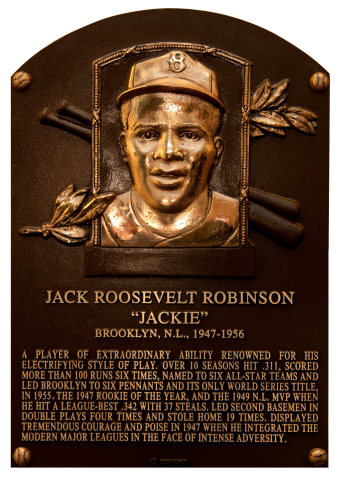 In order to avert a threatened 1980 walkout by the players, MLB made the following sweetheart offer to union representatives: going forward, all a post-1980 player would need to be eligible to buy into the league’s premium health insurance plan was one game day of service; all a post-1980 player would need for a benefit allowance was 43 game days of service. At the time, the threshold was four years to be vested in the pension plan.

The problem was, the union failed to insist on retroactivity for all those players who played prior to 1980, who had more than 43 game days but less than four years of service.

Thanks to the late Michael Weiner, the former MLBPA executive director, the league and union partially remedied this situation in April 2011. The pre-1980 players alive at the time were each awarded non-qualified payments of $625 per quarter, up to $10,000, for every 43 game days of service the man had. However, when the man passes, the payment passes with him.

So the loved ones of Tacoma’s Aaron Pointer and Cleveland’s Vince Colbert will get squat.

Pointer is the diversity pioneer who was the first African American head linesman in the PAC-10. A former Houston  Astro player, he also made it to the National Football League as a referee and currently serves on the Executive  Board of the Tacoma Athletic Commission.

Don’t remember Colbert? An African-American hurler who pitched for The Tribe from 1970 to 1972, he put up really good statistics. In 95 career appearances totaling 248 and two-third innings, he made 21 starts, earned nine victories and four saves, and threw three complete games.

The league – which I concede does not have to address this matter unless the union broaches it in collective bargaining negotiations — recently announced that its revenue was up 325 percent from 1992 and that it has made $500 million since 2015. What’s more, the average value of each of the 30 clubs is up 19 percent from 2016, to $1.54 billion.  And the 30 club owners recently wrote a $10 million check to the National Baseball Hall of Fame in Cooperstown.

The owners chose museum relics rather than flesh and blood retirees.

To date, the MLBPA has been loath to divvy up anymore of the collective pie. Even though the players’ welfare and benefits fund is worth more than $3.5 billion, MLBPA Executive Director Tony Clark — the former Detroit Tigers All-Star who received the Negro League Museum’s Jackie Robinson Award in 2016 — has never commented about these non-vested retirees, many of whom are filing for bankruptcy at advanced ages, having banks foreclose on their homes and are so sickly and poor that they cannot afford adequate health care coverage.

According to the IRS, a current MLB retiree can receive a pension of up to $225,000. Even a post-1980 player who only has 43 game days of service credit receives a minimum pension of $3,589 at the age of 62, assuming he was called up to the majors and stayed on the active roster from August 15 to October 1.

Many will say it’s immaterial that Clark is an African American labor leader. But I would submit that when you receive an award named to honor one of this country’s greatest social justice pioneers, and then you don’t live up to those lofty standards, you’re not worthy of such an honor in the first place.

It is anathema to me why the union doesn’t do more for these men, both the persons of color who are retired as well as their Caucasian counterparts. After all, men like Pointer and Colbert were the guys who endured labor stoppages and walked picket lines all so today’s players could reap the benefits of free agency.

When do today’s players start to ask themselves, “Hey, we earn a lot of money, maybe we should give some to the old guys who came before us?”

In this, the centennial celebratory year of Robinson’s birthday, both the league and the union need to do a better job taking care of its non-vested retirees. To really honor the social justice ideals that #42 stood for, the suits who run our national pastime need to remember that the game’s non-vested men like Pointer and Colbert made contributions too.