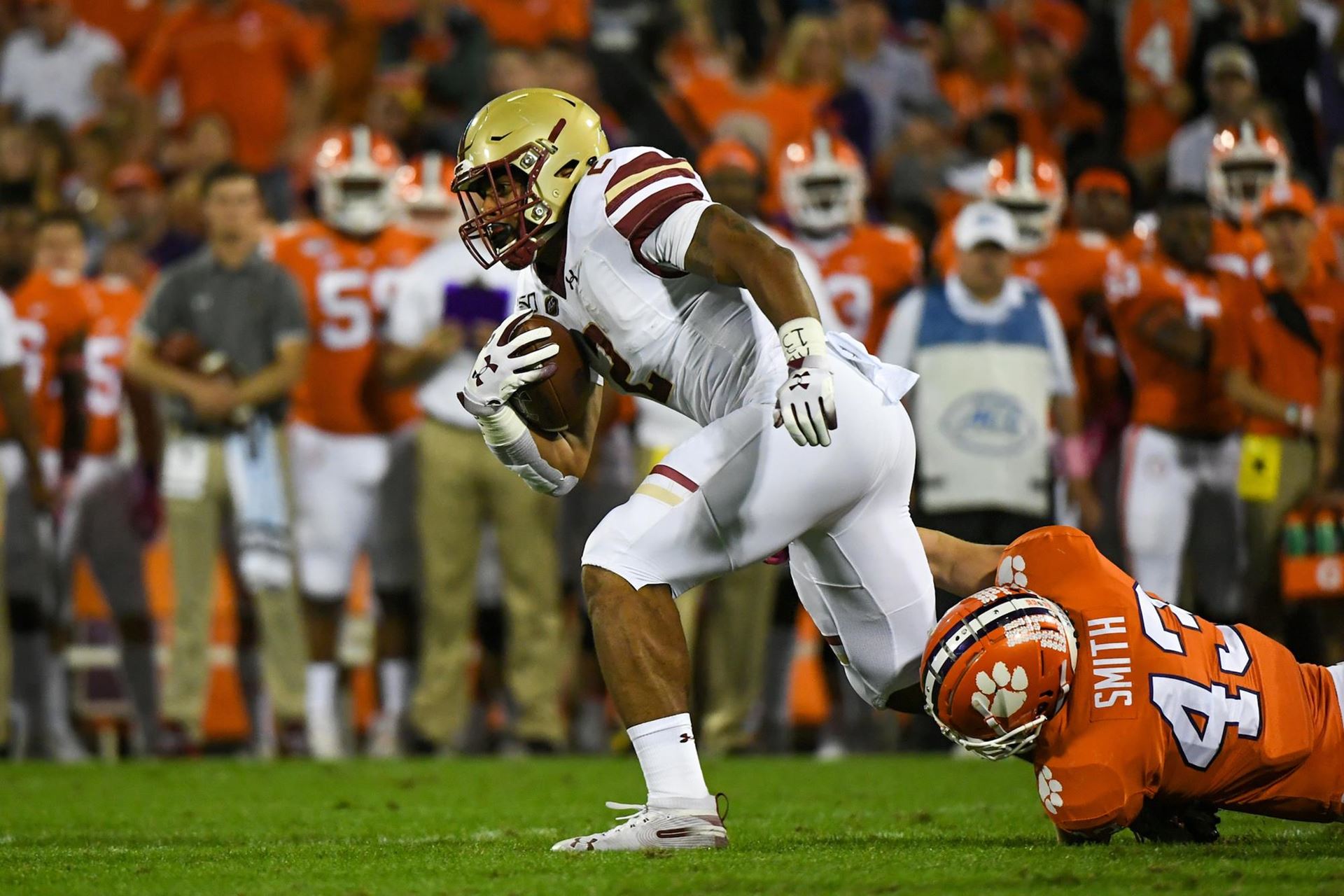 Eagles back in action next Saturday at Syracuse on ACC Network

CLEMSON, S.C. — No. 2 Clemson won its 23rd consecutive game as the Tigers moved to 8-0 overall and 6-0 in the ACC with a 59-7 victory over BC Saturday evening at Memorial Stadium. The Eagles dropped to 4-4 overall and 2-3 in ACC play with the loss. Yet, it was a historic day for AJ Dillon.AJ Dillon rushed for a team-high 76 yards and scored a touchdown on a nine-yard run 1:01 into the second quarter. The touchdown gave him 34 on his career, tying him with Keith Barnette (1973-75) for the most career touchdowns at BC.

Clemson quarterback Trevor Lawrence completed 16-of-19 passes for 275 and three touchdowns while running back Travis Entienne carried the ball 16 times for 109 yards and three scores on the ground. Wide receiver Diontre Overton caught three passes for 119 yards, converting each catch for a touchdown.In the third quarter, Dillon became BC’s all-time leading rusher on a 10-yard carry. He finished the game with 76 yards, giving him 3,741 for his career.

The Tigers gained 674 yards of offense, with 372 through the air and 302 on the ground.  HOW IT HAPPENED